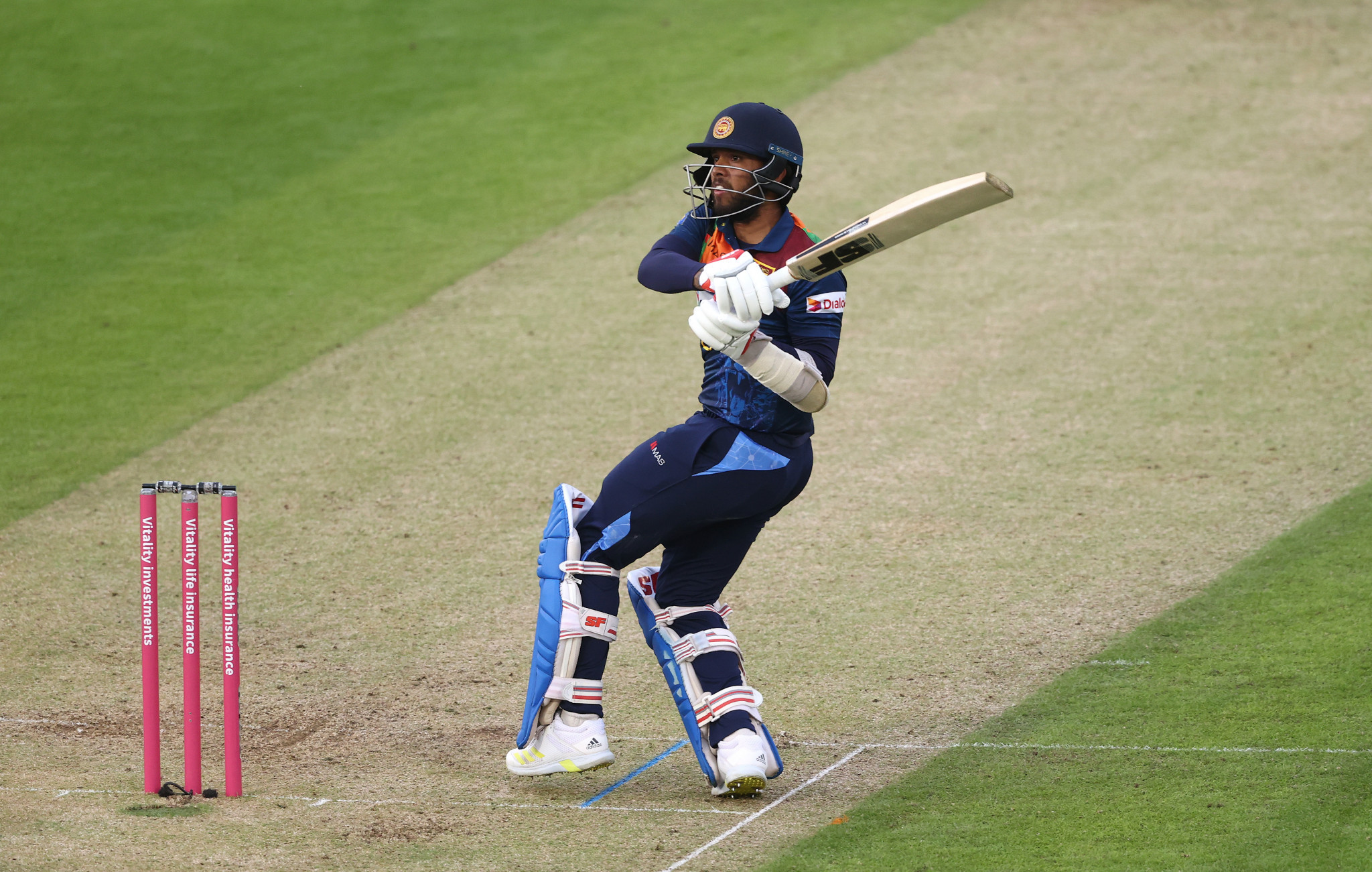 Three Sri Lanka players have been sent home from their tour of England over breaching the team's bio-security protocol.

Niroshan Dickwella, Kusal Mendis and Danushka Gunathilaka have been suspended by Sri Lanka Cricket (SLC) after video emerged of them flouting COVID-19 rules.

Vice-captain Mendis and wicketkeeper Dickwella were spotted smoking in the streets of Durham ahead of Sri Lanka’s first one-day international (ODI) against England at Chester-le-Street yesterday.

Another video posted on social media showed opener Gunathilaka joining up with Mendis and Dickwella.

Following an internal investigation, SLC confirmed the trio will be flown home "with immediate effect" and suspended from all forms of cricket pending a more thorough inquiry.

Sri Lanka players were not supposed to venture outside of their bubble in Durham becuase OVID-19 cases there were higher than in previous areas of England they had stayed in.

"This decision was taken following a preliminary inquiry conducted over a video posted on social media in which the said three players can be seen outside their designated hotel," a statement from SLC read.

"The decision to recall the players was taken by the Executive Committee of SLC, based on the 'Manager's Report' on the matter.

"The three players will be suspended, from all forms of cricket, until the completion of the inquiry."

England won the first ODI by five wickets and are set to face Sri Lanka at The Oval in London tomorrow.

The third and final ODI is then scheduled to take place on Sunday (July 4) in Bristol.

Coronavirus cases are on the rise in Britain, with the country reporting more than 20,000 new infections for each of the past two days.

"It's disappointing from them," Wood said, as reported by Sky Sports.

"I don't know what their team measures are, if they are more relaxed, as I only know what we have been told from our team point of view.

"We are going to have to make sure we are doubly on it now because little slips like this can put the whole thing in jeopardy.

"We have taken this very seriously in terms of appointing a COVID compliance officer [Phil Davies] who tells us everywhere we go what we can and can't do.

"Durham is an area that is apparently quite high with the level of COVID so we have been told we couldn't go to coffee shops or restaurants.

"We can go for a walk but are only allowed in certain places.

"We have had to be a bit more rigid with Durham being a hotspot."