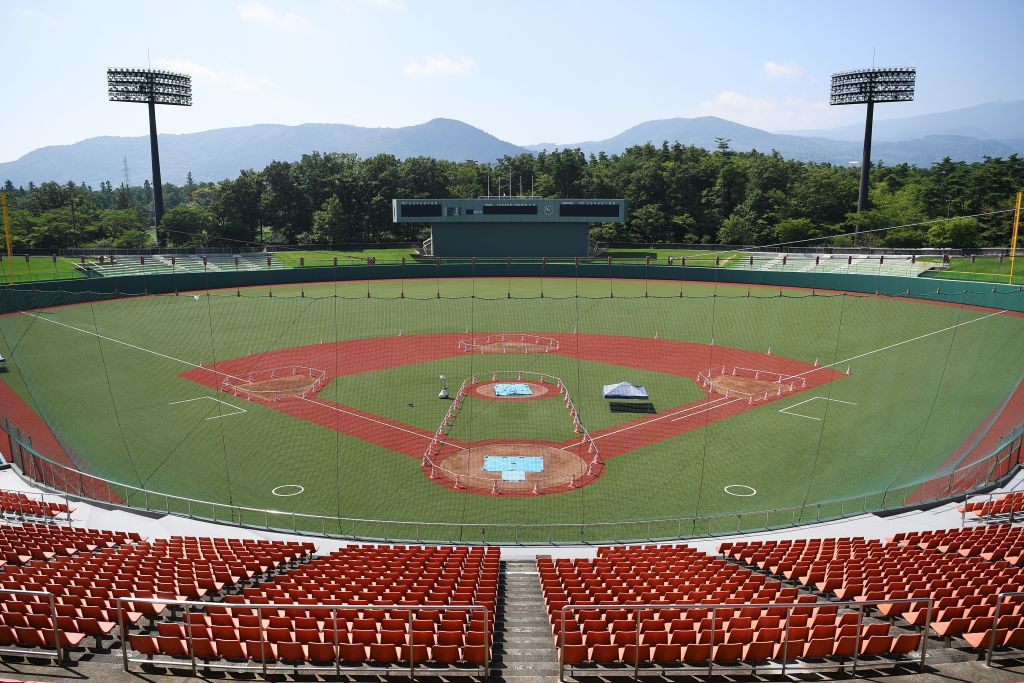 Baseball and softball matches at the postponed Olympic Games will be played behind closed doors after organisers confirmed spectators would be banned from the venue in Fukushima.

Up to 10,000 fans had been set to be allowed to attend the games at Fukushima Azuma Stadium, which will co-host baseball and softball games at Tokyo 2020 with Yokohama Stadium.

The decision marks a blow to organisers, who had touted holding Olympic events in the region as key to its recovery following the nuclear disaster at the Fukushima Daiichi Nuclear Power Plant in 2011, and the World Baseball Softball Confederation (WBSC).

It also means the first sporting event of the Games - the softball match between Australia and Japan on July 21 - will be staged behind closed doors.

"Japan has some of the best fans in baseball/softball," said WBSC President Riccardo Fraccari.

"Sad but understandable decision to hold Olympics without spectators.

"Had wanted the best atmosphere for the athletes.

"As always, WBSC will do everything we can to keep supporting a safe and successful Tokyo 2020."

Miyagi, Ibaraki and Shizuoka are the only remaining Prefectures which will permit spectators inside venues at Tokyo 2020 competitions.

Tokyo 2020 said a total of 26 sessions would take place in front of fans.

The Government announced this week that spectators would be banned from all stadiums and venues in Tokyo after it declared a fresh state of emergency over a spike in COVID-19 cases in the capital.

Overseas fans had already been barred from the Games.

Tokyo 2020 has asked fans not to gather along the routes for the marathon and race walk events, controversially moved from the capital to Sapporo in 2019 because of fears over extreme heat in Tokyo.

Football matches at the Sapporo Dome will also be held without spectators.

Organisers have requested the public refrain from spectating on roadsides during the road cycling and triathlon events.

There will be no spectators admitted to Musashinonomori Park in western Tokyo, the staring point for the road cycling races due to be staged on July 24 and 25.

Fukushima, where the Tokyo 2020 Olympic Torch Relay began, was one of the Prefectures hit hard the earthquake and tsunami in 2011 which left more than 15,000 people dead.

The Tōhoku earthquake and tsunami 10 years ago triggered the worst nuclear accident since the Chernobyl disaster in the Soviet Union, present day Ukraine, in 1986.

Tokyo 2020 has billed the event as the "recovery and reconstruction Games" following the disaster.

The Tokyo 2020 Olympics are scheduled to open on July 23 and close on August 8.