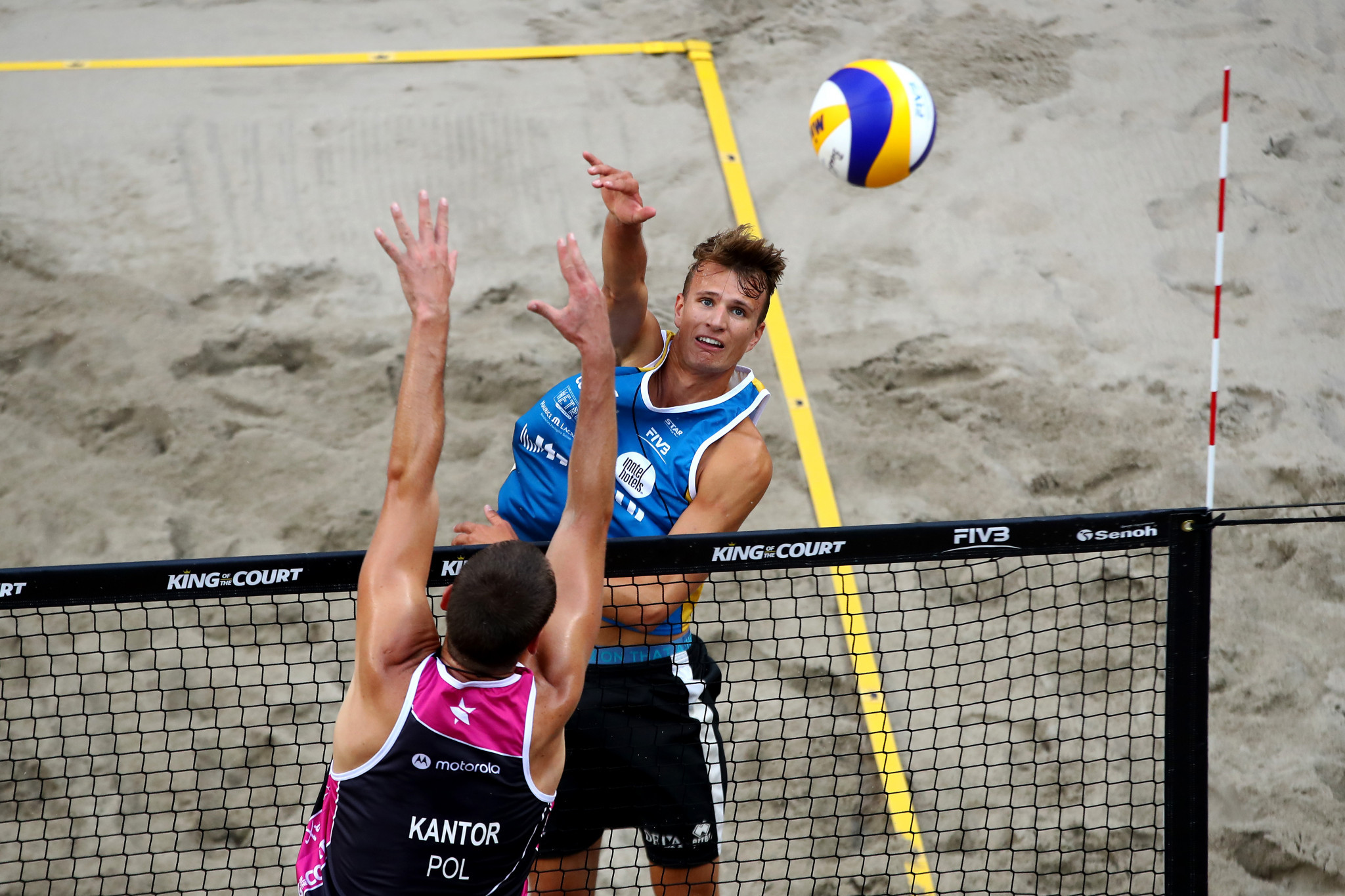 Stefan Boesmans and Yorick de Groot of The Netherlands beat Qatar’s Cherif Younousse Samba and Ahmed Tijan to win their first Beach Volleyball World Tour event as a pairing in Gstaad in Switzerland.

Boesmans and de Groot, who sit in 41st position in the world rankings, topped the podium in just their seventh international tournament together after winning the International Volleyball Federation four-star event with a 23-21, 19-21, 15-10 success.

"We had played them in pool play and we knew how good they are," said De Groot who teamed up with Boesmans for the first time in March.

"We had to bring our top game to win.

"We kept our calm near the end and kept playing our game and focusing on our side of the net.

"I believe it was an amazing match to watch and I still can’t believe we won it."

Viacheslav Krasilniko and Oleg Stoyanovskiy came out on top in the all-Russian bronze medal match against Nikita Liamin and Taras Myskiv, winning 21-16, 21-12.

Earlier in the day, Cherif and Ahmed and Boermans and de Groot both came through their semi-finals in straight sets.

They will next meet Latvians Tina Graudina and Anastasija Kravcenoka who saw off Polish pair Kinga Wojtasik and Katarzyna Kociolek 21-13, 21-13.

Brazilians Ágatha Bednarczuk and Eduarda "Duda" Santos Lisboa also advanced to the semi-finals after outlasting Tanja Hüberli and Nina Betschart of Switzerland with a 21-18, 18-21, 15-13 triumph.

Sarah Pavan and Melissa Humana-Paredes of Canada denied an all-Brazilian semi-final as they beat Barbara Seixas de Freitas and Solberg Carol 25-23, 25-23 in the other quarter-final match.