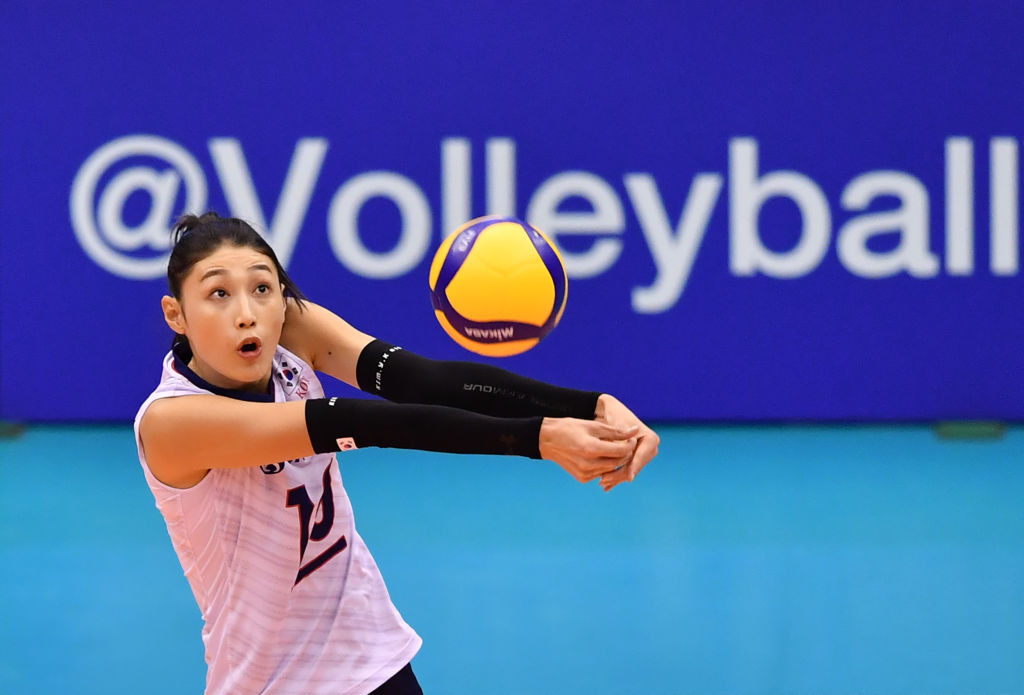 The Korean Sport and Olympic Committee (KSOC) confirmed the two athletes would carry the country's flag at the Ceremony at the Olympic Stadium on July 23.

Only those deemed to have an important operational role at the Olympics will be permitted to attend the Ceremony after spectators were banned in response to a fresh state of emergency being declared in Tokyo due to rising COVID-19 cases.

The KSOC is sending a team of 232 athletes to the Games in the Japanese capital, postponed from last year due to the COVID-19 pandemic.

Kim is considered among the best volleyball players in the world and will be part of the South Korean women's team which will be chasing a first Olympic medal in the sport at Tokyo 2020.

"We know a lot of people are behind us athletes, and we'll try to respond to their support in kind," Kim said, according to South Korean news agency Yonhap.

"A lot of people have been experiencing challenging times during the pandemic.

"Hopefully, we'll be able to give them something to cheer about."

Hwang, the world junior record holder in the 200 metres freestyle after clocking 1min 44.96sec at the South Korean Olympic trials earlier this year, is set to compete in four events at the Games.

The International Olympic Committee approved a measure to allow nations to select male and female flagbearers last year, as part of a drive for increased gender equality.

Fencer Gu Bon-gil carried the South Korean flag at the Opening Ceremony of the 2016 Olympics in Rio de Janeiro.

The KSOC has set the squad a target of winning six to seven gold medals at Tokyo 2020.

The South Korean team at Rio 2016 featured 205 athletes and returned with a haul of 21 medals, including nine gold.

"I am convinced that this year's Olympics will be a significant event, where we'll overcome the COVID-19 pandemic with the Olympic spirit founded on peace, tolerance and understanding," KSOC President Lee Kee-heung said.

"I hope you will all give your best effort and honour the spirit of fair play to accomplish your goals.

"And don't forget that South Korean people will be behind you along the way."