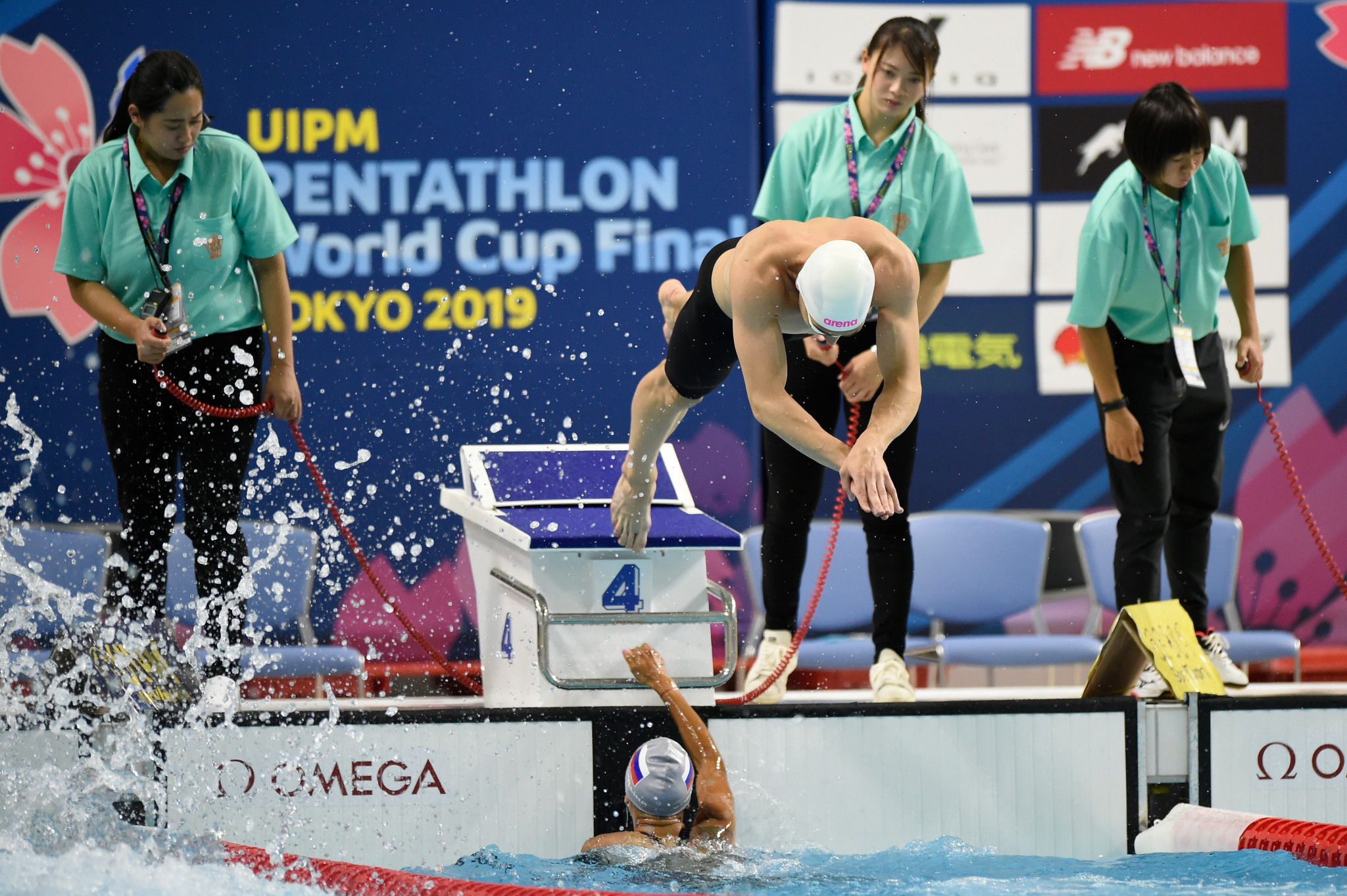 Russia claimed the last gold medal on the final day of the European Modern Pentathlon Championships in Nizhny Novgorod in the mixed relay.

Anastasia Chistiakova and Kiril Beliakov overturned the lead of Lithuanians Ieva Serapinaite and Justinas Kinderis after finishing first in equestrian and laser run to finish on a total of 1,455 points.

The Lithuanian pair started well, having won the swimming and fencing, but fifth and fourth-place finishes in equestrian and laser run dropped them to the silver medal position where they finished on 1,436.

Italy's Irene Prampolini and Valerio Grasselli finished third in swimming and second in the laser run to help them move into the bronze medal position on 1,409, seven points in front of Turkey's Ipek Aksin and Bugra Unal.

In fifth were Sarolta Simon and Richard Bereczski of Hungary on 1,392.

Poland's Natalia Jolanta Dominiak and Lukasz Bartosz Gutkowski were three points behind in sixth and Iryna Prasiantsova and Ivan Khamtsou of Belarus were seventh.

Russia, Italy, Lithuania and Belarus all won a single gold medal too.