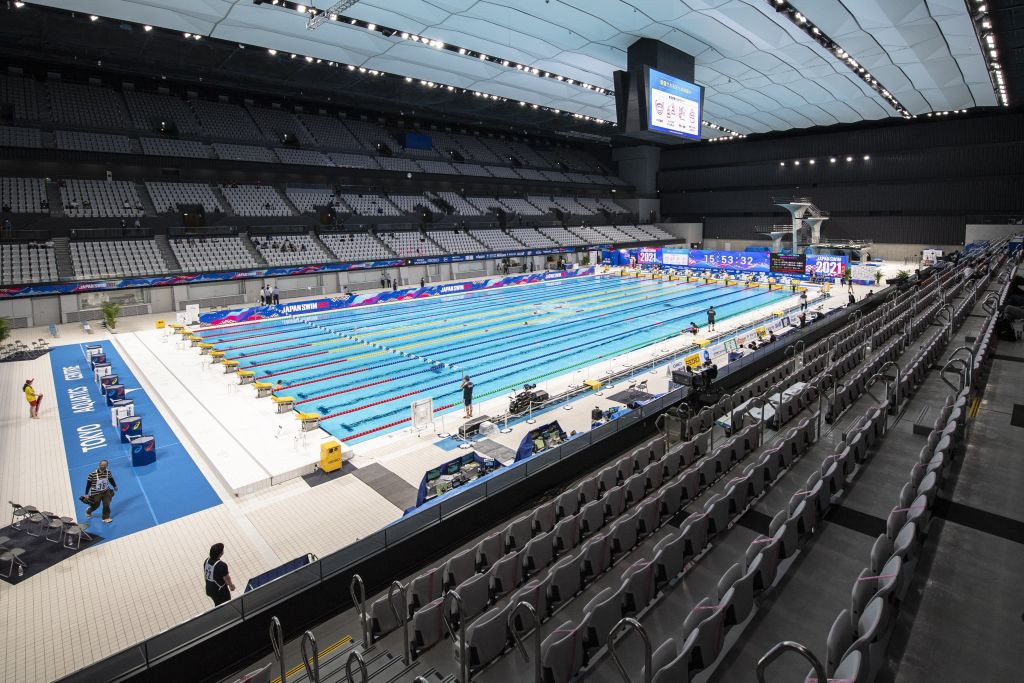 The International Swimming Federation (FINA) has confirmed athletes in all of its events are banned from protesting anywhere inside its venues at the delayed Olympic Games here.

The International Olympic Committee (IOC) earlier this month relaxed the controversial Rule 50 by allowing athletes to demonstrate in certain areas of the field of play at Tokyo 2020, such as when they are introduced to the crowd or leaving the "call room".

Its easing of the rule came with several caveats, however, including ensuring demonstrations are "not prohibited or otherwise limited by the rules of the relevant National Olympic Committee and/or the competition regulations of the relevant International Federation".

Under FINA's regulations, the field of play "should be given the same level of respect as podiums", where protests are outlawed by Rule 50.

"Athletes have the right to the privacy of the moment, to remain free of unnecessary distraction from the competition and preparation, with the pool deck remaining a sanctity for sport and nothing else," said FINA President Hussain Al-Musallam.

"The pool deck is and must always remain a place of friendship and respect for the greater whole, not the individual.

"The same level of respect should be given to the podium.

"This moment celebrates the accomplishments of individuals/teams, their support teams, coaches, families and nations, who each and all deserve to cherish that moment without interference.

"It is a moment that commands respect and triumph for sporting results and should not be remembered by individual expression."

FINA revealed it would allow athletes to express their views during the Games in mixed zones, at press conferences, in interviews, on social media and in team meetings if permitted by their National Olympic Committee.

Swimming's worldwide governing body in 2019 issued warnings to Australia's Mack Horton and Britain's Duncan Scott after they refused to share a podium with China's Sun Yang, who had served a doping ban and was at the time facing a separate charge for smashing his blood vial with a hammer during a row with drugs testers the in September 2018.

Athletes will remain banned from protesting or demonstrating on the podium at the Games in the Japanese capital, but the latest IOC guidelines mark a considerable shift from Rule 50, which states that "no kind of demonstration or political, religious or racial propaganda is permitted in any Olympic sites, venues or other areas" - although stops short of the complete abolition of the rule that critics have called for.

The Athletes' Village and Ceremonies will also be off-limits for demonstrations at the Games.

"When expressing their views, athletes are expected to respect the applicable laws, the Olympic values and their fellow athletes," the IOC Athletes' Commission said.

"It should be recognised that any behaviour and/or expression that constitutes or signals discrimination, hatred, hostility or the potential for violence on any basis whatsoever is contrary to the Fundamental Principles of Olympism."