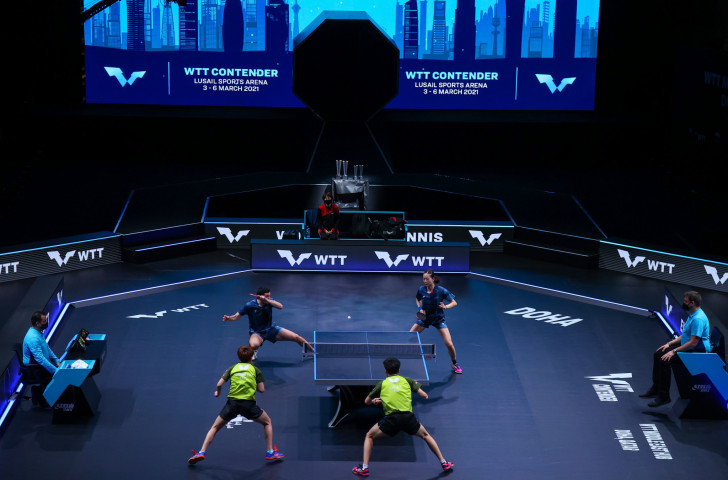 The Hungarian capital will stage a WTT Contender Series tournament, the lowest tier of the WTT event structure, which is designed to allow up-and-coming professional players a chance to climb the rankings.

It is scheduled for August 15 to 20 at the Budapest Olympic Hall.

The Top 20 Play-Down restriction will be in effect for the tournament.

The rule is devised to ensure that the players ranked 21 and lower can challenge their peers for progression through the International Table Tennis Federation (ITTF) rankings, and limits the number of top-20 players who can enter the event.

However, WTT has altered it somewhat for Budapest.

The restriction will be increased from a maximum of two top-20 players to a maximum of four, and event wildcards may be allocated to any additional player from within the top 20.

This has been done to provide fans with the opportunity to see a mix of the best players as well as future stars, WTT said.

"WTT is committed to hosting events around the world, and Hungary with its strong table tennis history, ensures Budapest is the perfect location to be hosting our first WTT Series event in Europe," said WTT event strategy director Stephen Duckitt.

"We are extremely grateful to Roland Natran, President of Hungary Table Tennis Association (HTTA) and the excellent HTTA team for bringing this event to life amid the ongoing COVID-19 pandemic and we look forward to welcoming players back to WTT action next month," he added.

The event will be spectator-free due to the COVID-19 pandemic - despite the Puskás Aréna in the city admitting more than 60,000 fans for matches at the recent UEFA European Championship.

WTT is the new commercial wing of the ITTF.

Formally announced in March 2020, it aims to modernise the commercial business activities of the sport and its events promise increased prize money and a more modern experience for fans, broadcasters, players and hosts.

Its launch has divided opinion within the sport, and Doha hosted the first WTT hub this March.