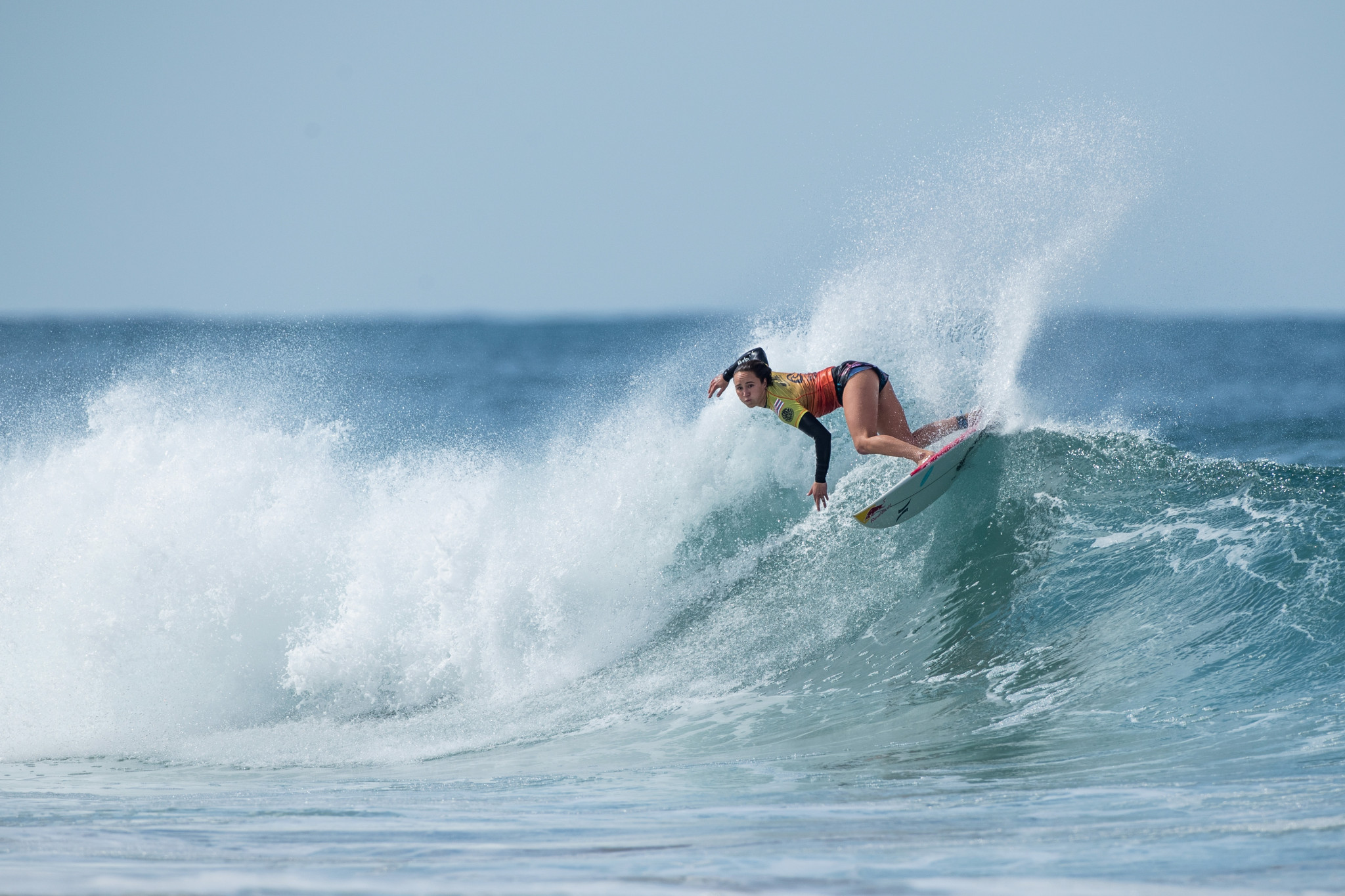 Carissa Moore, Caroline Marks, Kolohe Andino and John John Florence have arrived in Japan and are looking to fine tune their technique prior to the upcoming Olympics here in Tokyo.

With surfing set to make its Olympic debut at Shidashita Beach in Chiba, world number one Moore claimed it was the ideal preparation for the team.

More #Makinohara ❤️ for @TeamUSA #Olympic surfers as they get ready for their pre Games training camp ??‍♂️??‍♀️???? pic.twitter.com/RWXktfFNBt

"We’re soaking it all in and enjoying each other and this historic Olympic moment together," Moore said.

"The host city of Makinohara has been incredibly generous in sharing their hospitality and culture - from the awesome beach, the cheering crowds, new wave pool and beautiful leis and hotel.

Team medical director Kevyn Dean revealed the goal for day one of the pre-Games training camp was for the surfers to acclimatise.

"We are off to a great start after a comfortable Nippon Airways and United Air Lines flight and smooth trip to Makinohara," said Dean.

"We’re using all the recovery tools and body work to keep our athletes healthy and feeling good.

Surfers started the first day of the camp with a morning training session at Shizunami Beach, where conditions were small and choppy.

"It was just enough to have fun," said coach Brett Simpson.

"They all showed some good energy in some conditions we have been expecting for awhile now.

"So if those conditions show up, we will be ready."

Surfline lead forecaster Kurt Korte is anticipating some promising conditions at the start of the Olympic Games competition window, scheduled from July 25 to August 1.

Korte is expected to make the call for the optimal dates and times for holding the event.

"All the forecast guidance suggests we’ll have a steady run of surf through the contest window," said Korte.

"It is still too early to nail down the wind forecast, but the swell outlook is looking promising.

"All in all, I’m excited about what’s on the charts and look forward to helping everyone score the best surf we can get."