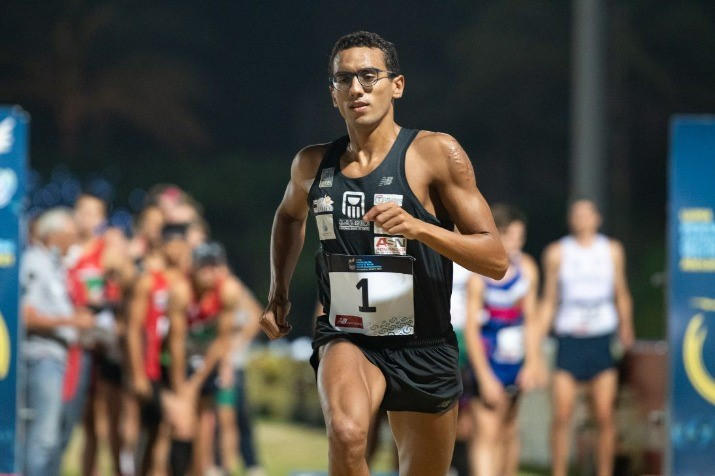 The bespectacled 21-year-old, who won the title in 2018 and followed up by taking gold at that year’s Youth Olympic Games in Buenos Aires, won silver at the last edition in 2019.

But he returned to the top of the podium after being  first home on the course at the Arab Academy for Science Technology & Maritime Transport with 1432 points.

In silver medal position, just as he was in Argentina, was Russia’s Egor Gromadskii on 1420.

While Elgendy finished no higher than fourth in any discipline, his victory in an event postponed from its original scheduling last year was based on consistency as he also finished no lower than ninth.

The 2021 #ModernPentathlon Junior World Champion is Ahmed Elgendy ?????
On the #RoadtoTokyo !

He was fifth in the opening fencing, and had his best result in the pool, where he finished fourth.

After taking ninth place in the equestrian event he came home sixth in the laser run to win comfortably.

Bohm went into the concluding run-shoot laser run in fourth place, 27 points behind Uibel, who won the fencing.

But a winning performance in 11min 50.00sec was enough to earn the Hungarian a place on the podium.

The Championships are due to conclude tomorrow with the mixed relay.