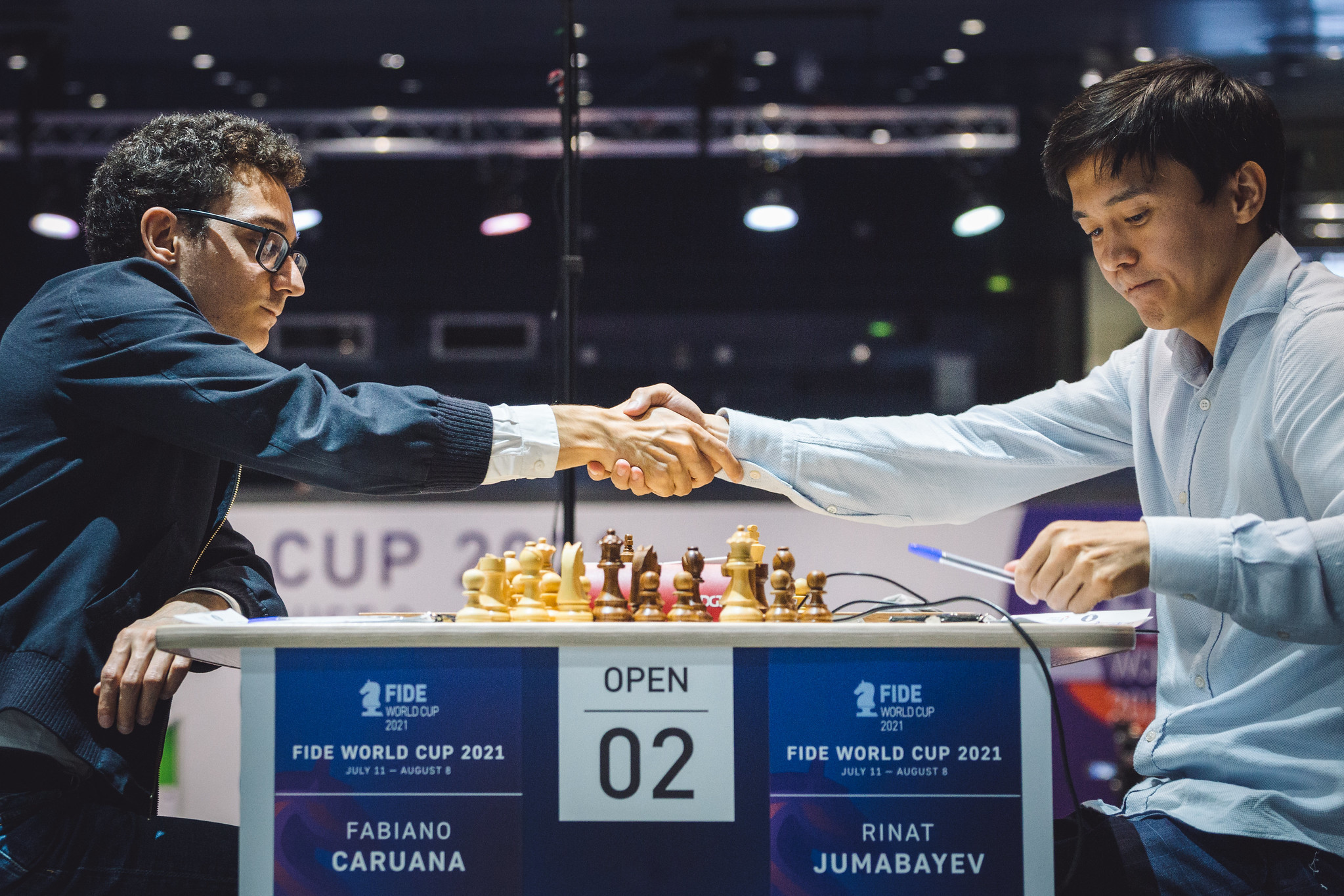 World champion Magnus Carlsen continued his serene progress at the Chess World Cup in Sochi as he won the opening game of his third-round meeting with fellow Norwegian Aryan Tari, seeded 64th.

Second seed Fabiano Caruana was back in action after isolating following the withdrawal of his second-round opponent Susanto Megaranto of Indonesia during their match because of a positive COVID-19 test.

The American, who lost his challenge for Carlsen’s title on a tiebreak in 2018, drew his opening game against Kazakhstan’s 66th seed Rinat Jumabayev.

And Vakhidov’s 15-year-old countryman Javokhir Sindarov, who produced the shock of the second round by beating France’s eighth seed Alireza Firouzja on a tiebreak, held his own with an opening draw against Peru’s 57th seed Jorge Cori.

15-year-old Javokhir Sindarov talks about his first-ever win against 2700+ player, Alireza Firouzja:
"I was playing for a win with both White and Black because although I play with 2760 the fighting spirit should always be to win."

Another upset may be in prospect after sixth seed Shakhriyar Mamedyarov of Azerbaijan put himself under pressure by losing his opening game against Armenia’s Haik Martirosyan, seeded 59.

Another strong Russian challenger, 10th seed Sergey Karjakin, whose challenge for Carlsen's world title in 2016 failed on a tiebreak after they had finished at 6-6, won his opening game against fellow countryman Grigoriy Oparin.