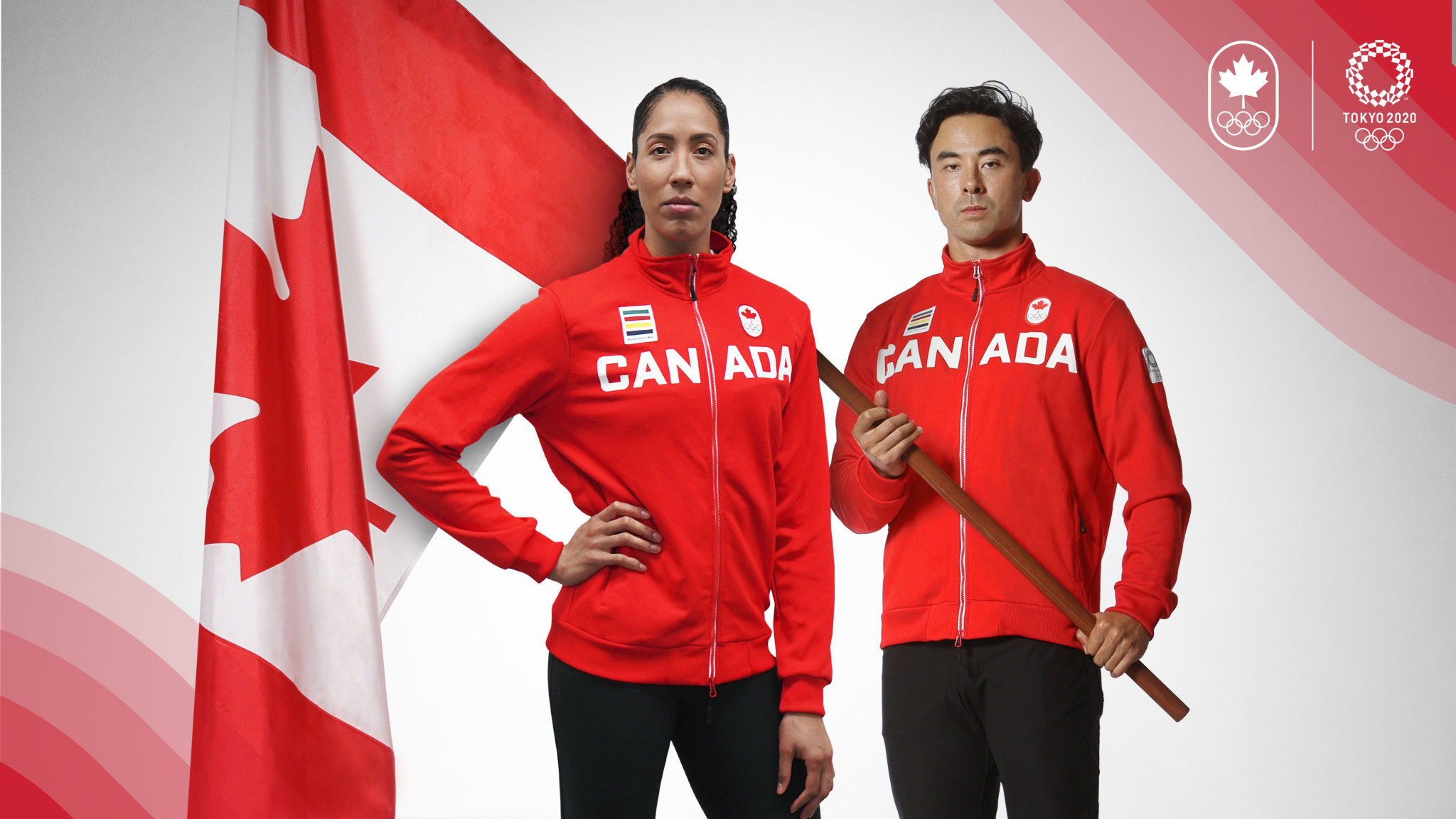 Experienced basketball player Miranda Ayim and rugby sevens star Nathan Hirayama have been selected as Canada’s flagbearers for the Opening Ceremony of the Olympic Games here on Friday (July 23).

The Canadian Olympic Committee (COC) has chosen the pair with the announcement being made by the country's Prime Minister Justin Trudeau in a video.

It will be the first time two athletes have led the Canadian delegation into the Opening Ceremony, while Ayim and Hirayama will also be the first flagbearers for the nation to come from a team sport.

"Seeing two tremendous leaders like Miranda and Nathan now ready to guide the way into the Opening Ceremony for Team Canada is something incredibly special," said Eric Myles, chief sport officer for the COC.

"From their combined 28 years representing Canada, to their incredible performances, to carrying the maple leaf at the Opening Ceremony, they stand as testament to what Glory From Anywhere is all about.

"Our delegation of 370 athletes, the largest for Canada and the most teams qualified since 1984, has formed a unique bond through the collective resilience it has shown, and when Miranda and Nathan proudly carry our flag, it will be a celebration of the long road travelled to Tokyo by not only Team Canada, but athletes around the world."

Tokyo 2020 will be the third and final Games for Ayim, who made her Olympic debut at London 2012.

Ayim, who has been representing Canada internationally for 15 years, was also a part of the team that captured the gold medal on home soil at the Toronto 2015 Pan American Games.

Her side sit fourth in the rankings and will be seeking Canada’s first-ever medal in women’s basketball.

"I feel incredibly honoured to lead Team Canada alongside Nathan into the Opening Ceremony and to be representing not only my fellow athletes of Team Canada, but also the greater Team Canada: our nation," said Ayim.

"The past year-and-a-half demanded a high level of teamwork and Canadians from coast-to-coast-to-coast demonstrated togetherness, camaraderie and sacrifice - true team spirit."

Hirayama, who will be making his Olympic debut at Tokyo 2020, has been a key member of the Canadian sevens teams since joining the team in 2006 as an 18-year-old.

He has competed in all three Pan American Games to include rugby sevens, winning two gold and one silver, and in three Commonwealth Games.

This will be the first time Canada has a men’s rugby sevens team at the Olympic Games.

Ready to see who will be holding the #TeamCanada flag at the #Tokyo2020 Opening Ceremony? ?

Here is Prime Minister @JustinTrudeau with the reveal ⤵️ pic.twitter.com/YExmszcKio

"I feel hugely honoured to be nominated to be the flag bearer alongside Miranda," said Hirayama.

"I’ve been watching the Olympics for my entire life and understand the honour and privilege that comes with being the flag bearer.

"It’s something that I’ve never even dreamt of.

"I’m extremely excited to get to Tokyo with my team.

"We’ve been working hard together for a long time and can’t wait for our opportunity to show the world what we can do."

Canada has named its largest Olympic team since Los Angeles 1984, with a delegation of 371 athletes set to compete at the delayed Games.

"I have no doubts that when I look back at my experience as Chef de Mission that the calls that I made to Miranda and Nathan will be among my highlights," added Canadian Chef de Mission Marnie McBean.

"Not only are they both players to watch here in Tokyo, they are leaders to watch in the future, regardless of whether they are on or off the field.

"Chosen in part for their careers of thoughtful leadership, they exemplify the spirit of this Team Canada.

"They are extremely talented individuals who invest themselves in building up their teammates and their communities.

"They both have an awareness of past generations, and ambitions for the next ones."