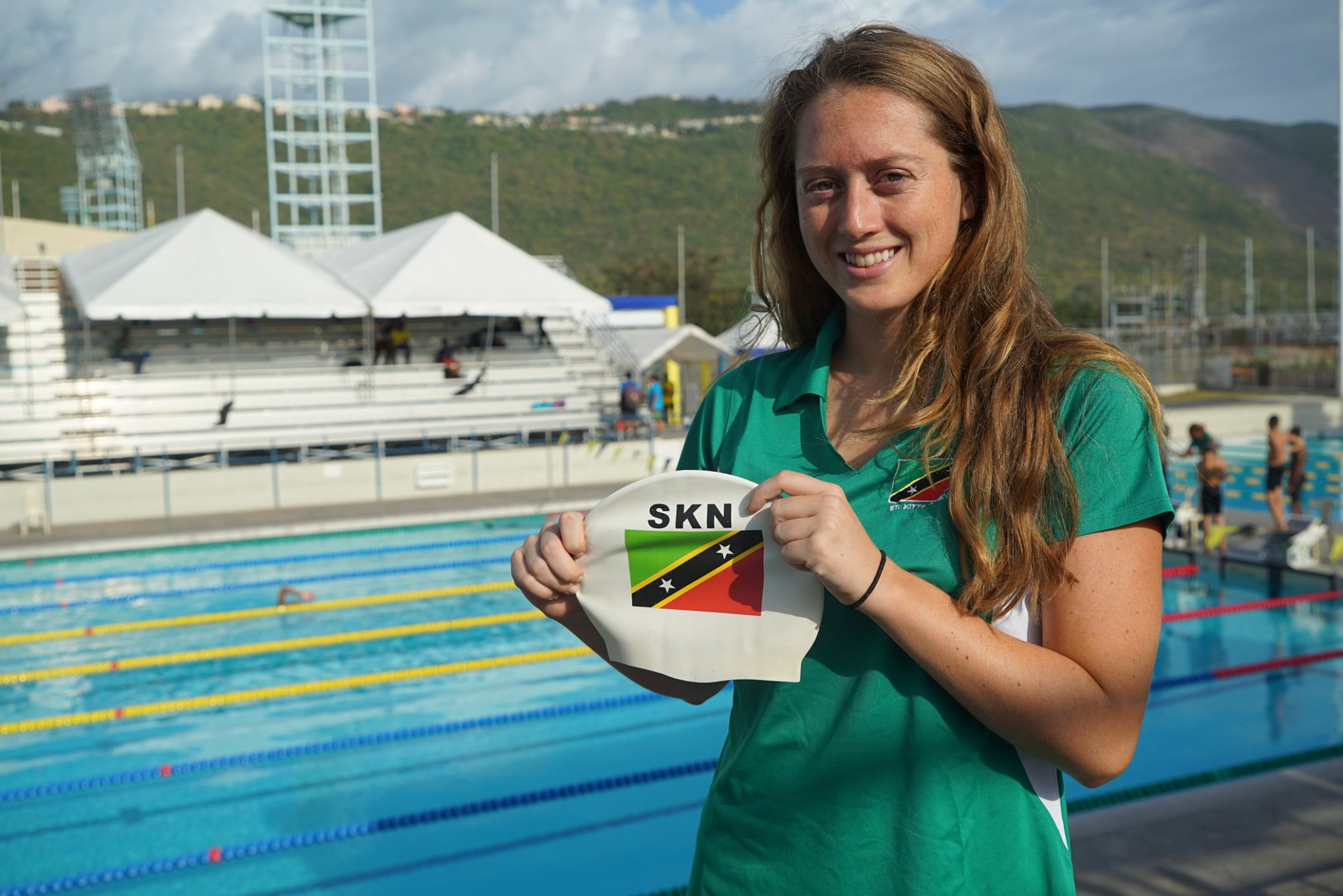 Jennifer Harding-Marlin’s last-ditch attempt to compete at the 2020 Olympics here has been dashed after the Court of Arbitration for Sport (CAS) Ad Hoc Division dismissed her appeal to win a universality spot at the Games here.

The 29-year-old swimmer was the first athlete to register an appeal at the CAS Ad Hoc Division in the Japanese capital.

it ended in disappointment for Harding-Marlin, with the panel dismissing her case against the Saint Kitts and Nevis Olympic Committee (SKNOC) and the International Swimming Federation.

Canadian-born Harding-Marlin, who competes internationally for Saint Kitts and Nevis after moving to the Caribbean nation in 2013, had requested that the SKNOC nominate her for the women’s 100 metres backstroke at Tokyo 2020 for a universality quota place.

According to the panel, Harding-Marlin claimed she had been denied entry due to her "race, economic conditions and/or social connections or sporting activity".

But the panel dismissed her allegations, claiming there was "no convincing evidence on file" to consider that the SKNOC had discriminated against her in violation of Rule 44.4 of the Olympic Charter.

It was determined by the panel that the SKNOC could have been "more forthcoming" with Harding-Marlin and "more cooperative" in its relations with the St Kitts and Nevis Swimming Federation (SKSF).

The SKSF is not affiliated with the SKNOC, but the panel felt the country’s National Olympic Committee could have approached the National Federation to become one of its members and start an admission procedure.

"The panel finds that such approach would be more in line with the Olympic spirit that a National Olympic Committee has to promote in its country in accordance with Rule 27 of the Olympic Charter," a statement from the CAS read.

"Such failure, however, does not make the appealed decision discriminatory, arbitrary, unfair and/or unreasonable.

"In other words, the appealed decision might be inappropriate, but it does not constitute an abuse of discretion by the SKNOC."

Harding-Marlin was born in Quebec in Canada, swimming for McGill University in Montreal before moving to Saint Kitts and Nevis in 2013, where she is a lawyer.

She competed at the 2019 World Championships in Gwangju in South Korea where she finished 41st in the 50m backstroke and 85th in the 100m freestyle.

The universality system allows a smaller nations with no Olympic swimming qualifier to enter up to one male and one female athlete at the Games.

The CAS - the sport's highest court - opened an Ad Hoc Division to deal with legal disputes and an Anti-Doping Division at the Games here last Tuesday (July 13).

It is operating from temporary offices at the Japan International Dispute Resolution Centre, located in the same area as the Tokyo 2020 Organising Committee's headquarters.

Athletes and other parties wishing to register a case with either division would normally be granted an in-person hearing, but the CAS has said this will not be possible at Tokyo 2020 "due to the current sanitary measures in force in Tokyo during the period of the Games" so hearings are taking place via video.