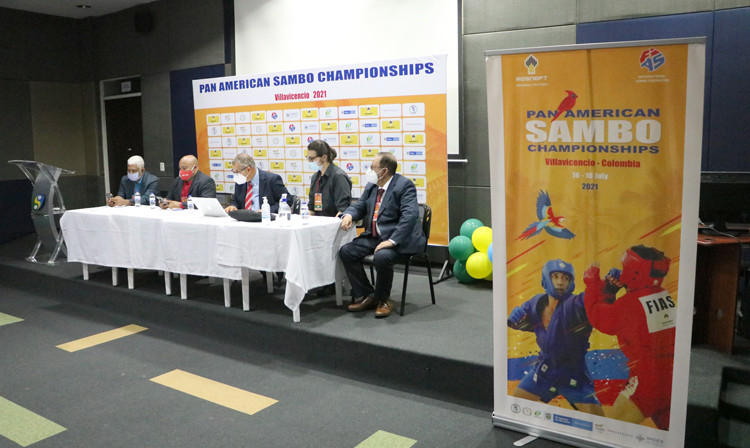 Representatives from 17 countries attended the meeting in Villavicencio, Colombia.

At the Congress, representatives discussed how the competition would work amid the ongoing COVID-19 pandemic, how to promote sambo in the media and social media, and other issues related to the sport’s development on the continent.

Omar Lopera, President of the Pan American Sambo Union and vice-president of the International Sambo Federation (FIAS), said the outcomes of the Congress showed how quickly the sport is progressing.

"Today we have summed up the results of the work of the Pan American Sambo Union over the past year," said Lopera.

"All participants agreed that sambo is developing intensively, and its popularity in the Pan American region is constantly growing.

"This is best evidenced by the number of athletes and participating countries coming to the continental competitions.

"This year's Pan American Championship is taking place in Colombia, and despite the restrictions caused by COVID-19, the number of participants is still high.

"I am confident that next year, when the pandemic weakens, we will set a new record for the number of participants."

Haiti and Jamaica were voted by Congress delegates to be included in the Pan American Sambo Union, which would take its membership up to 19 national federations, with a further eight candidates in the waiting.