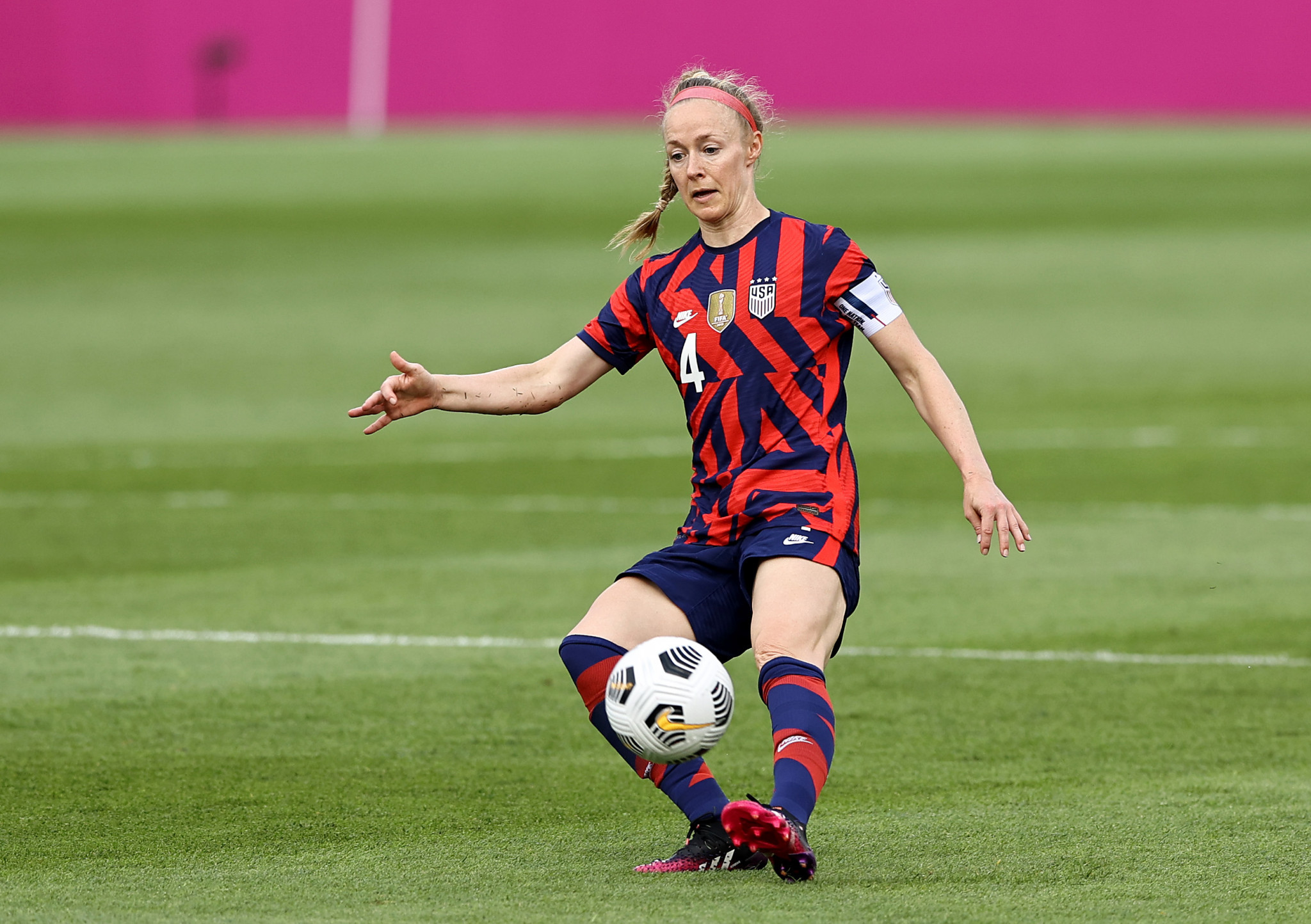 The first sporting action of Tokyo 2020 in the Japanese capital itself is due to take place tomorrow with women's football set to take centre stage, two days before the Opening Ceremony.

Although softball will be the first discipline to begin its programme at the Games, the three matches scheduled in the sport from 9am local time will be taking place in Fukushima.

Tokyo will not see action before four-time Olympic champions United States take on Sweden in a Group G football clash at 5.30pm.

The match will be taking place at Tokyo Stadium and is a repeat of the Rio 2016 quarter-final - which Sweden surprisingly won on penalties before going on to win the silver medal.

American goalkeeper Hope Solo was banned by US Soccer for six months in the aftermath of the contest, for describing Sweden's team as "a bunch of cowards" for their defensive display.

"What happened in 2016 is one of the worst results that the senior national team has had in a major tournament," said US captain Becky Sauerbrunn here.

"From playing in that game, I know how disappointed we all were and for me it has lit a fire going into 2019 [World Cup] and also here.

"And it was against Sweden so it seems kind of rich that we get to play them first game of this Olympics.

"I'm really excited about that.

"Sweden in general have just a great squad.

"We've had to play them at every world tournament, so I'm excited that we get to see them again."

The US are the four-time and reigning world champions and are favourites for Olympic gold.

Their Tokyo Stadium clash is scheduled to be followed by the second Group G contest between neighbours Australia and New Zealand.

Women's football will begin at the Sapporo Dome with a 4.30pm Group E game between Britain and Chile.

The second match in the group will follow between hosts Japan and Canada.

Tokyo has had to wait longer than most host cities to host sporting action after the Games were delayed by a year due to the COVID-19 pandemic.

Fans will not be able to watch any of the matches following a decision to ban both domestic and international spectators as a precaution against coronavirus.