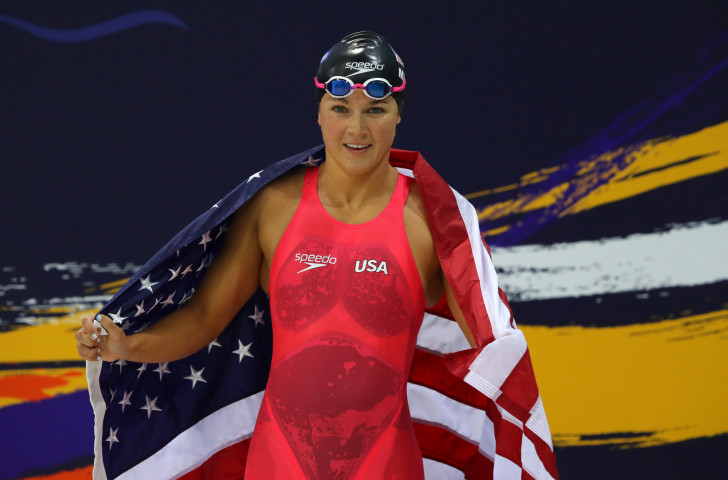 Rebecca Meyers, a deaf and blind swimmer, has withdrawn from the Tokyo 2020 Paralympic Games after she says the United States Olympic and Paralympic Committee (USOPC) refused to allow her mother to accompany her as Personal Care Assistant (PCA).

Meyers claimed to have been told she did not need a trusted PCA, and that one person could fulfil the role for the whole US Paralympic swimming team.

"I've had to make the gut-wrenching decision to withdraw from the Tokyo 2020 Paralympics," Meyers wrote in a statement.

"I'm angry, I'm disappointed, but most of all, I'm sad to not be representing my country."

Meyers was one of 34 swimmers named to the US Paralympic team.

Nine others also have visual impairments.

Meyers wrote that her mother has served as her PCA at every one of her international competitions since 2017, but due to COVID-19 restrictions the USOPC said she could not accompany Meyers to Tokyo and instead a different PCA would be available to the athlete.

"With COVID, there are new safety measures and limits of non-essential staff in place, rightfully so, but a trusted PCA is essential for me to compete.

"I'm speaking up for future generations of Paralympic athletes in hope that they never have to experience the pain I've been through.

Heartbroken to share that I’m withdrawing from the Tokyo Paralympic Games. The USOPC has repeatedly denied my reasonable and essential accommodation because of my disability, leaving me no choice. Full statement below: pic.twitter.com/p9tKsbPip2

Meyers is a three-time Paralympic gold medallist, wining all three at Rio 2016 as well as a silver.

She also won a silver and a bronze medal at London 2012.

The 26-year-old has Usher syndrome and has been deaf since she was born, and is also losing her vision due to retinitis pigmentosa.

The Tokyo 2020 Paralympics are due to be held from August 24 to September 5.