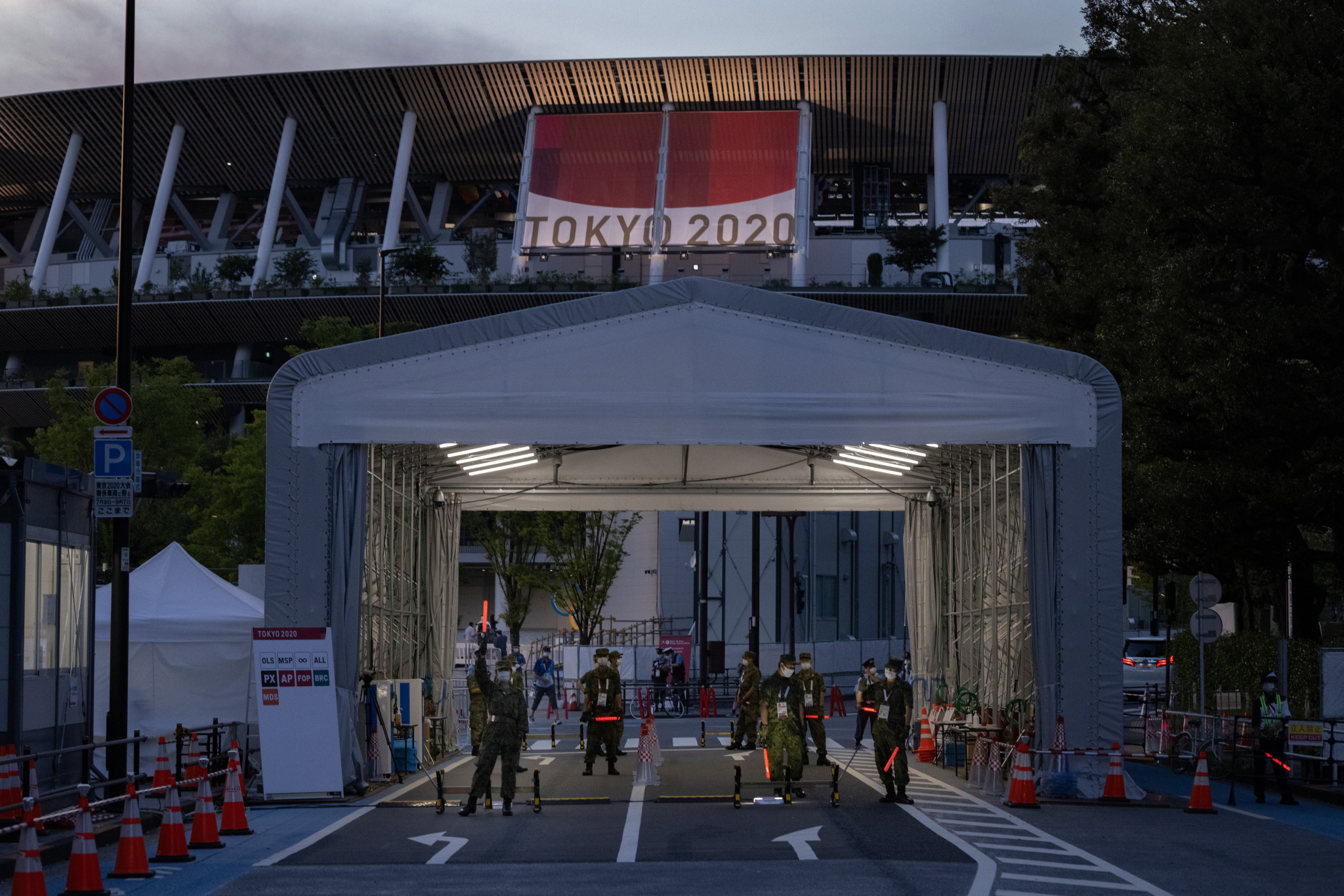 Tokyo 2020 President Seiko Hashimoto expects the Opening Ceremony of the Olympic Games here to be a "solemn" occasion rather than a festival.

Athletes are set to march into the Japan National Stadium tomorrow (July 23) where Japanese Emperor Naruhito is expected to declare the Games open.

There will be no fans permitted for the event with seats only reserved for dignitaries, diplomats, members of the International Olympic Committee and Olympic sponsors as a measure to mitigate the risk of  spreading COVID-19.

Tokyo 2020 billed the Olympics as the "recovery and reconstruction" Games following the earthquake and subsequent tsunami in March 2011, but this has been all but overshadowed by the COVID-19 pandemic.

It was announced last week that the main theme for both the Opening and Closing Ceremonies is "Moving Forward", a reference to the response to the global health crisis - which forced the Games to be postponed by a year.

But Hashimoto has suggested that the recovery from the Great East Japan Earthquake will be highlighted at the Opening Ceremony.

"It should be included in the ceremonies concepts, I expect it to be included," said Hashimoto.

"My determination is unchanged.

"It should be there, but I cannot disclose the content of what we are going to show during the ceremonies.

"Because of this pandemic situation, we would like as many people as possible to see the state of the recovery.

"It’s not going to be a festival.

"What I think is that we are going to have a solemn ceremony but with the spirit of the recovery."

It is not yet known how many people will be attending at the Opening Ceremony, with Hashimoto remaining tight-lipped.

"I would like to answer that question later with a different explanation," said Hashimoto.

According to a survey conducted by Japanese newspaper Mainichi Shimbun, 61 per cent of respondents feared that the Tokyo 2020 would not support the recovery efforts of the Tōhoku region which was devastated by the 9.0 magnitude earthquake 10 years ago.

Hashimoto said she was aware of the poll and claimed the Games would be "pointless" if it does not assist Tōhoku in its revival.

"The Games were postponed by one year and I have to admit that we were extremely busy dealing with COVID over the past year," said Hashimoto.

"Without recovery the Tokyo Games would not be a success.

"However, the first message we had to communicate was always about COVID.

"When it came to the recovery of Tōhoku, how Tōhoku was rebuilding itself and how grateful we were to the world for its support, we have done programmes, together with the Japanese Government under this purpose.

"We had programmes with this purpose but, again, I have to admit that the past year we were focused on COVID and we had no choice but to do that.

"There were several programmes that we couldn’t deliver because of COVID and because of the postponement.

"But what we couldn’t do, we can leave behind as a legacy and I am confident that there are going to be new projects for the Tōhoku area as a legacy of the Games.

"Without that, the Tokyo Games are going to be pointless.

"That’s why the Organising Committee exists and we have to pass on a legacy to various related parties.

"Only by doing so will we be able to show how sorry we are to the people who say that the Tokyo Games are not supporting recovery initiatives and we have got to think about what we can do to bring hope to the future."