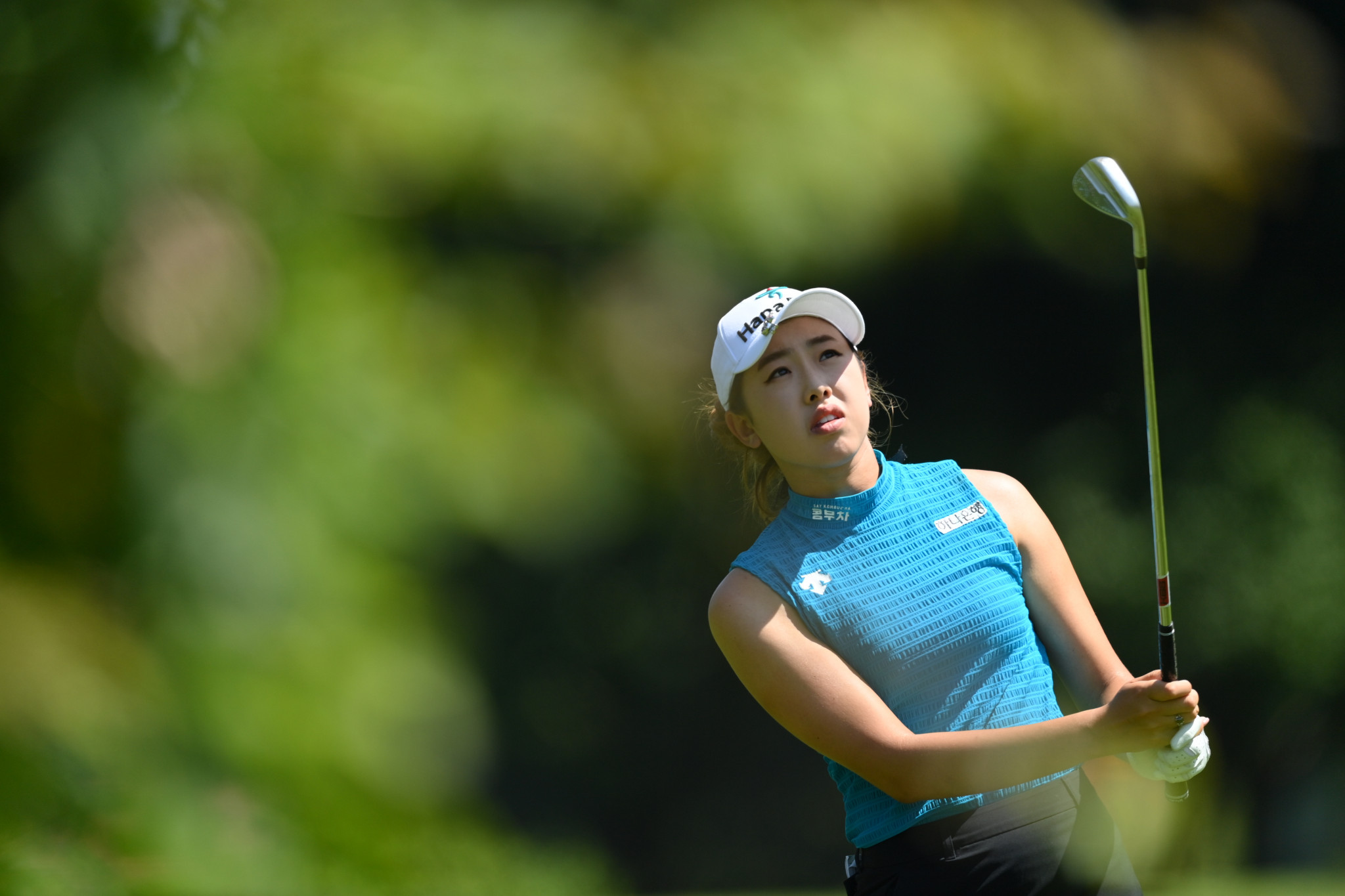 Thailand's Pajaree Anannarukarn and American Yealimi Noh are tied for the lead of the Evian Championship following the opening round of the major.

Noh, 19, holed out from 126 yards for an eagle on the par-four first hole, and her round featured five additional birdies and just the one bogey.

The youthful duo lead by one shot, with five players just behind on five under.

Lee Jeong-eun of South Korea - a past major winner often accompany by the digit 6 on scoreboards - is among the players tied for third place.

Pedersen's round included two eagles, while Thitikul was another player to go bogey-free.

These pros were not messing around today. Check out the top shots from round one 👇 pic.twitter.com/7ulVq08sPO

Thai two-time major champion Ariya Jutanugarn is among those on four under.

Pauline Roussin-Bouchard holds the distinction of being both the best-placed French player and the best-placed amateur, following a three-under 68 which featured three birdies in the final six holes.

New Zealand's Lydia Ko - who won one of her two majors here in 2015 - is also three under.

Olympic champion Park Inbee is on level par and Ko Jin-young, the defending Evian Championship champion from 2019 after last year's event was cancelled because of the coronavirus pandemic, is one over.

Both are South Korean.

Nelly Korda of the United States, the new world number one, carded five bogeys in a three-over 74 and is nine shots off the leaders.