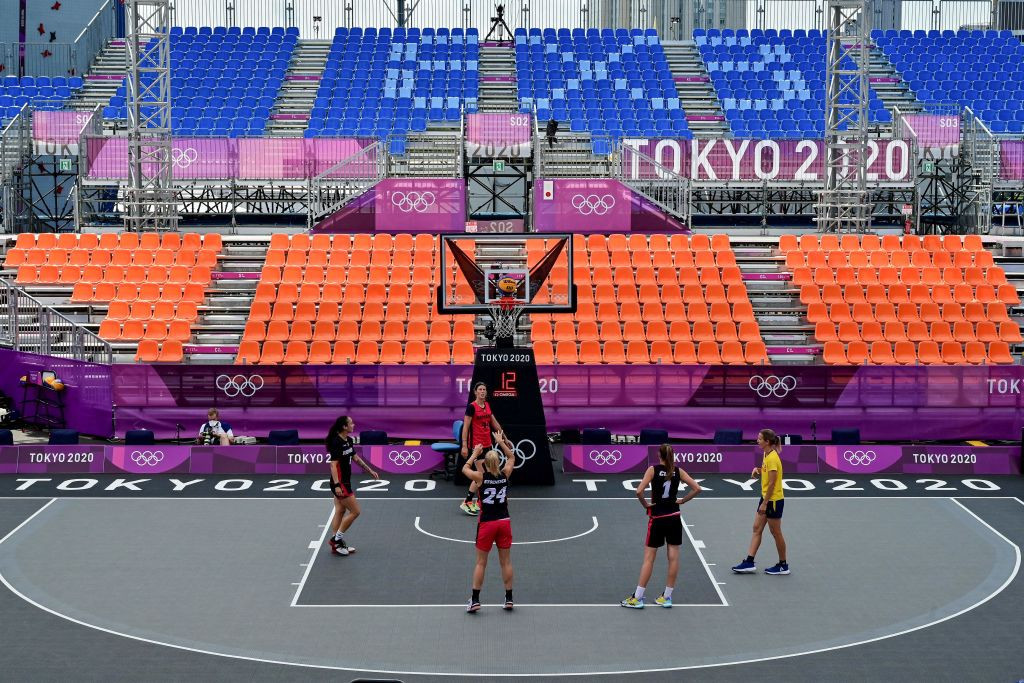 The wait for the Olympic debut of 3x3 basketball is almost over, with the first matches in the historic competition scheduled to be held here at Tokyo 2020 tomorrow.

Five years after being approved as a new sport for Tokyo 2020 by the International Olympic Committee, and 11 since it made its first appearance at an IOC event, 3x3 basketball will finally grace the grandest stage of them all.

Tomorrow will be a day to remember for the International Basketball Federation (FIBA), which has made no secret of its wish for a discipline it describes as "exciting, urban and innovative" to become an Olympic sport for the best part of a decade.

But it will also be somewhat of a sombre one for FIBA, whose late former President Patrick Baumann spearheaded the development of 3x3 and was pivotal in the sport's elevation to the Olympic programme.

The absence of fans will also be felt by the players following a ban on spectators attending the majority of Tokyo 2020 events because of concerns over rising COVID-19 cases in the Japanese capital.

3x3 is the first of the five additional sports that were approved for inclusion at Tokyo 2020 to feature at the Games, pushed back to this year because of the coronavirus pandemic.

Japan's women will open the inaugural Olympic 3x3 basketball tournament when they take on the Russian Olympic Committee, which is competing "neutrally" at the Games because of sanctions imposed on the nation for the state-sponsored doping scandal.

The United States start as the favourites in the women's event, while Serbia will be the ones to beat in the men's competition.

The US are the only team to have won the women's World Cup more than once, after triumphing in 2012 and 2014, and boast Kelsey Plum, a member of the US squad that claimed the world title in the traditional format of the sport in 2018 in their ranks.

Serbia's men have won four of the six men's World Cups held to date and were runners-up at one of the other two.

Dusan Domovic Bulut said Olympic gold would surpass any of his other achievements in the sport.

"I can picture myself wearing a gold medal, and it will be the biggest and best thing in my life," he said.

A total of 16 games are on the agenda for the opening day of 3x3 action at Aomi Urban Sports Park, with medal matches scheduled for Wednesday (July 28).