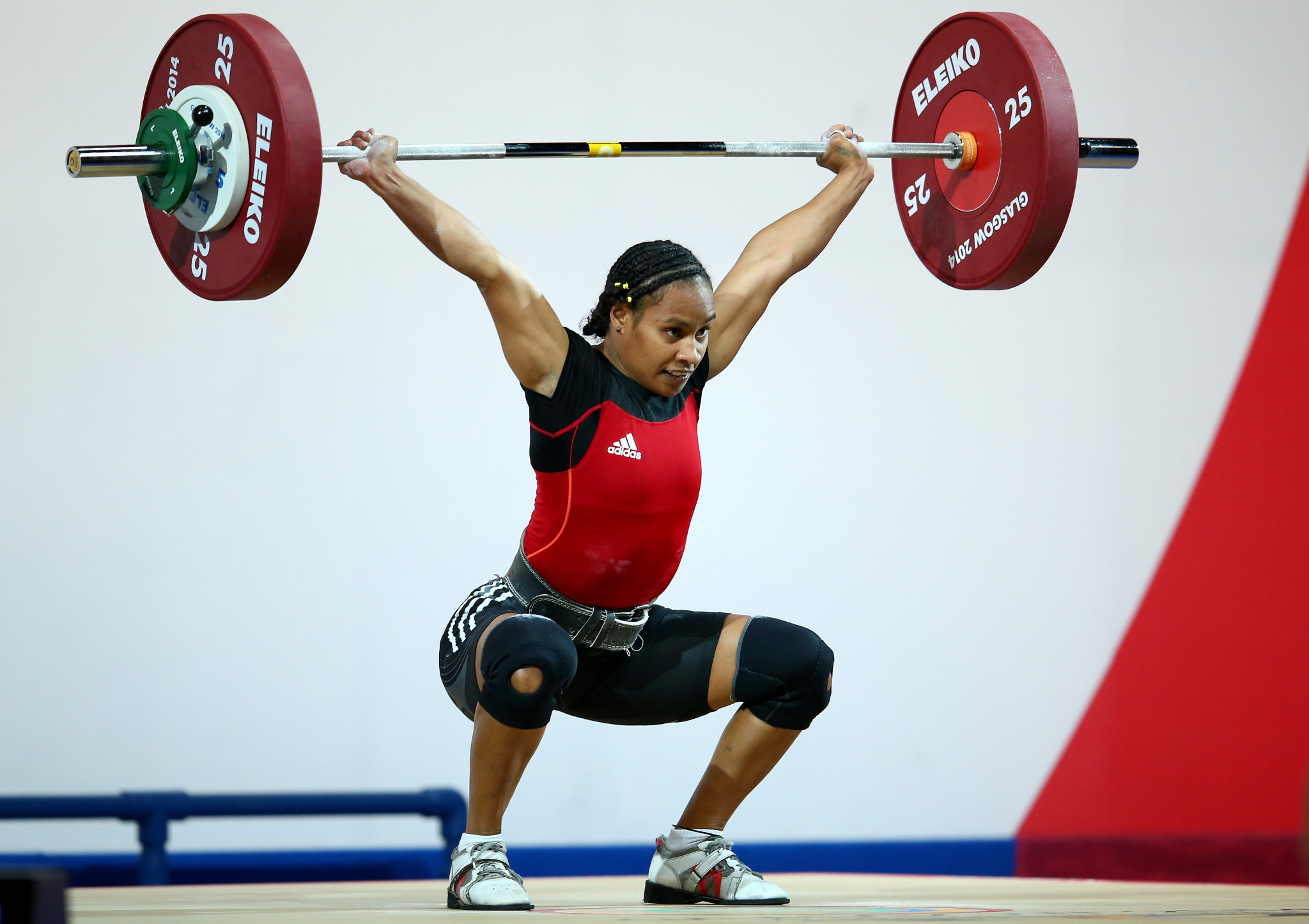 Tomorrow, one day after carrying her nation’s flag at the opening ceremony and 7,616 days after making the first lift by any woman at the Olympic Games, Dika Toua will be on the weightlifting platform again.

She is the first female weightlifter to compete at the Olympic Games five times, has been a continental champion 12 times, is a mother of two, a huge hero in her homeland, and one of the toughest characters in her sport.

Dika, who has never weighed more than 53 kilograms, was close to death when she was struck down by tuberculosis in 2013.

Within months, she had a gold medal around her neck at the Glasgow 2014 Commonwealth Games.

She once carried on competing despite suffering a serious injury when she dropped the bar onto her foot.

Her long-time coach, Paul Coffa, recalls the incident at the 2006 Commonwealth Games in Melbourne.

"Dika had won the silver in her first lift of the clean and jerk, and her second lift would have won her the gold," Coffa told insidethegames.

"Unfortunately she missed the lift in the jerk, dropping the bar on her toe and breaking it.

"Once her shoe was removed, blood everywhere.

"The doctors tried to pull her out but she refused.

"She put her sock back on, put her shoe back on, went back on stage with a broken toe to try and win the gold.

"Incredibly she cleaned the weight, but she had had no chance of jerking it."

After contracting tuberculosis Dika had travelled to New Caledonia in the remote Pacific to train with Coffa at the Oceania Weightlifting Institute.

"She arrived back in New Caledonia from a tournament in Australia with a really heavy cough," he said.

"A few days later my wife took her to hospital and she was isolated for almost four months.

"In the very early days, Dika was lucky to have survived thanks to the French specialist in New Caledonia.

"We were told tuberculosis leaves you with some scars.

"In Dika’s case, she could not straighten her knee properly - but she was alive.

"She decided half an hour before every training session to put a 25kg disc on her knee for a certain time to try and straighten it.

"Six months after that, she won gold at the Glasgow Commonwealth Games.

This might have been the sixth Olympic games for Dika had she competed at Rio 2016 when she instead took a break to spend more time with her children.

Three men competed at five Olympic Games - Imre Földi of Hungary, and the Germans Ingo Steinhöfel and Ronny Weller – but no woman has done it.

Later tomorrow, in the A Group of the same 49kg weight category, Hirome Miyaki will be the second woman to compete in five Olympic Games, having started in 2004, but nobody, male or female, can match Dika’s time span of nearly 21 years between Olympic lifts.

At 37, she is surely nearing the end of her career, even if another tilt at the Commonwealth Games podium in Birmingham next year might be tempting.

Two of her rivals in the 49kg category were not born when she made that historic first lift, namely Nina Sterckx of Belgium, who will be 19 on Monday, and Windy Aisah of Indonesia.

Dika was 16 when, after a struggle spanning three decades for recognition in a male-dominated sport, women were finally welcomed onto the platform at Sydney 2000.

She heard about her selection for those Olympic Games during a public announcement at a fun run where she was a volunteer clearing up rubbish.

When it came to the big day in Sydney, Dika was first up in the old 48kg class.

"I remember very clearly that I was really, really nervous because I was the first one up on stage," she told insidethegames.

"I went up and missed my first lift, but then I went back and made the second."

Four years later in Athens, she had a career-high finish of sixth and another case of nerves.

This time it was at the Opening Ceremony, where she was flagbearer for the first time.

"I was so excited with all those people watching but also very nervous," Dika said.

"And I never imagined how heavy the flag was.

"But I swung it around and enjoyed myself - Athens was probably my favourite event looking back over my career."

This time, her qualification was never in doubt as she led the Oceania rankings in her weight class from the start back in 2018.

Her preparations for the delayed Tokyo 2020 Games were disrupted when the Oceania Weightlifting Institute relocated from New Caledonia to Australia, a process that took several months.

She had to train back home in Papua New Guinea – where sports facilities were closed during the pandemic, and where conditions were not what an elite athlete might expect.

"Papua New Guinea is a very family-oriented country, we’re more attached to our families than other countries," she explained back in April.

"It’s very difficult - when you’re training in a village setting, once there is a death in the village, you can’t train because everybody will talk about you.

"It has been difficult.

"We would have loved to travel overseas to train professionally."

Eventually she and her PNG team-mate Morea Baru – who shares the flag-bearing duties in Tokyo - returned to the Institute, now relocated in Dromana, near Melbourne.

Shortly before she left her home village of Hanuabada to fly to Melbourne, Dika went to the local school to pick up her children.

When she was spotted, all the children ran out of their classrooms to surround her and chant her name.

"I hardly go anywhere - because everywhere I go I get mobbed, by kids and even by adults," Dika said.

"In a good way, of course - I think everybody loves me!"

Dika is "a national hero and a household name", according to Sir John Dawanincura, President of PNG’s National Olympic Committee and of its Weightlifting Federation.

"There have been times, because of all the challenges she has faced when my heart has gone out to her.

"She has made so many sacrifices.

She took up weightlifting at the age of 10, and her younger sisters, Thelma, 30, and Konio, 22, are also international weightlifters.

"It’s hard being a mum and a weightlifter at the same time, and I have to leave the kids at home so much while I’m training," said Dika.

"But I don’t know when I will stop.

"Weightlifting is in my blood."