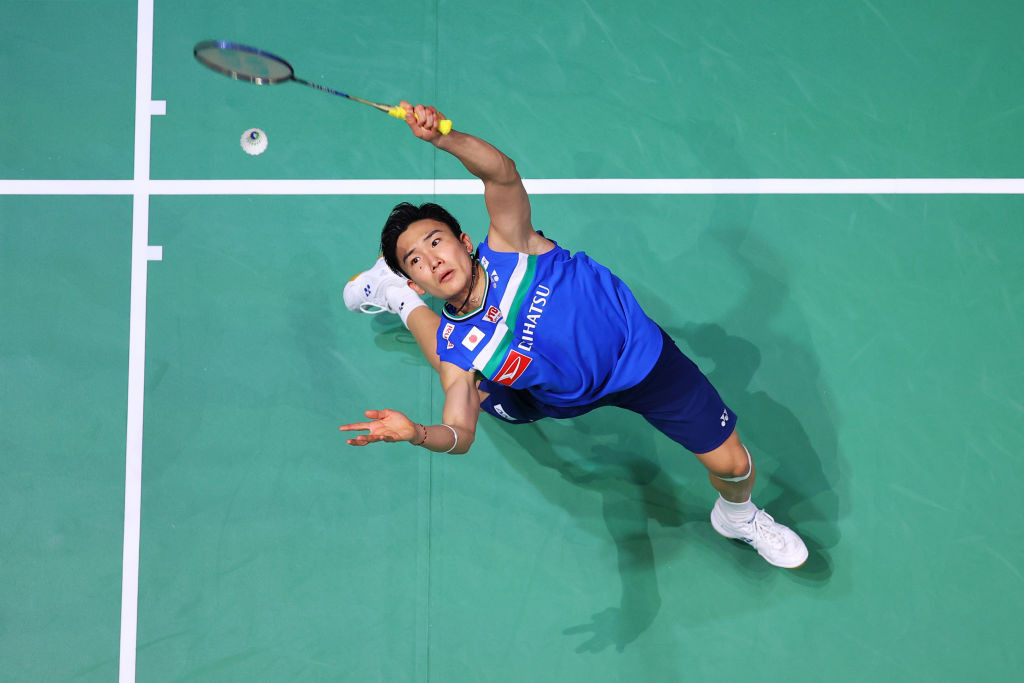 Men’s world number one Kento Momota is aiming to win Japan's first Olympic Games badminton singles title at Tokyo 2020 despite a troubled preparation for his debut on the sport’s biggest stage.

The two-time men’s singles world champion overcame career-threatening injuries following a car crash in January 2020, only to then miss the final three tournaments of the season when contracting COVID-19 earlier this year.

Momota will need to be back in top form to deal with a field that includes China’s defending champion Chen Long - the only defending badminton champion in Tokyo - and the Danish pair of World Championship runner-up Anders Antonsen and Rio 2016 bronze medallist Viktor Axelsen, the 2017 world champion.

"My goal is to bring home the gold, a very difficult thing to achieve but nevertheless I’m going for it," Antonsen said after training at the Musashino Forest Sport Plaza venue.

"Viktor is also looking very strong and I have high hopes for him in this tournament also."

In the women’s singles competition, meanwhile, world champion PV Sindhu will become India’s most successful individual Olympian if she can improve on her silver medal from Rio 2016.

Sindhu’s chances have been boosted by the withdrawal of defending champion Carolina Marin of Spain, who suffered a knee injury in May.

"Of course I’m sad that Carolina will not be able to play in Tokyo," Sindhu said.

"I’ll miss her and that rivalry on court, but even though she’s not here it’s still not going to be easy as there are some really good players out there."

The field includes home favourite Nozomi Okuhara, who lost to Sindhu in the semi-finals five years ago, and Tzu-Ying Tai of Chinese Taipei, who beat Marin at the Badminton World Federation World Tour Finals in January and now tops the BWF world rankings.

Elsewhere in the Tokyo 2020 badminton competition, a resurgent Indonesian team arrives eager to end a barren return of just one Olympic Games badminton medal since Beijing 2008.

For the 36-year-old Setiawan a gold medal would come at the end of a traumatic year as his former men's doubles partner Markis Kido, with whom he won gold at Beijing 2008, died last month after collapsing during a casual match.

The remaining doubles events are expected to be dominated by Japan, who have the number one and three seeds in the women’s event, and by China, who have the top two seeded pairs in the mixed.

Another player hoping to leave his mark on the Tokyo 2020 badminton competition is Aram Mahmoud, who fled the conflict in Syria in 2015 and now competes on the Refugee Olympic Team in men’s singles.

Matches in all five events will open the Tokyo 2020 badminton competition at the Musashino Forest Sport Plaza tomorrow.