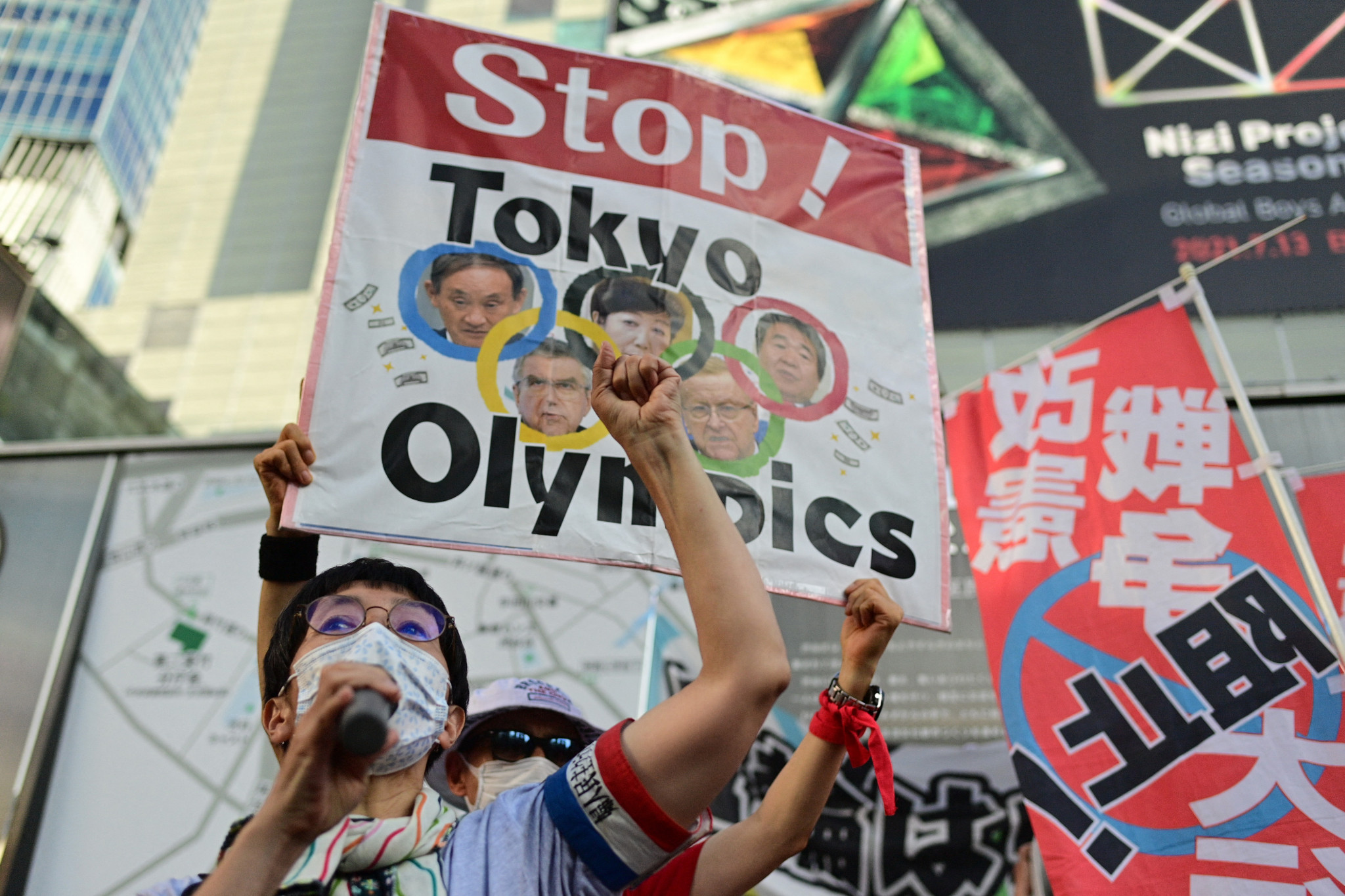 Angry Japanese protesters gathered outside the Olympic Stadium here to vent their dismay over the staging of the Tokyo 2020 Olympics as the Games was officially opened today despite public opposition.

Objectors to the Games could be heard from inside the stadium at the start of the showpiece event which went ahead without fans and in front of VIPs, including dignitaries and members of the International Olympic Committee (IOC).

But the arrival of the Olympics - pushed back by a year due to the coronavirus pandemic - has irked a large portion of its citizens here.

Videos emerged on social media of protesters shouting "Olympics no", calling for the Games to be cancelled, with security guards having to hold them back.

One of Tokyo’s busiest roads was also reportedly closed due to the anti-Olympics protests.

Tokyo 2020 officials, the Japanese Government and the IOC have faced opposition from the Japanese people and health experts amid concerns over the pandemic which continues to grip the world.

It has been claimed by medical experts that hosting the Olympics and Paralympics could help accelerate the spread of coronavirus.

Japan remains under a state of emergency, with Tokyo registering almost 2,000 new infections just one day before the opening of the Games.

Organisers had planned to allow 10,000 fans or 50 per cent of a venue's capacity only to perform a U-turn and decided to bar all spectators after strict COVID-19 measures were imposed by the country’s Government.

Kaori Yamaguchi, Executive Board member of the Japanese Olympic Committee, said last month that her country had been "cornered" into hosting the Games this year, claiming organisers ignored public opposition.

"Hopes have been connected one by one by many hands, and we are now in a position to welcome this day," said Hashimoto.

"The whole world has faced immense challenges with COVID-19.

"I would like to express my gratitude and respect to all essential workers including those in medical services and others around the world who have shown such determination in overcoming these challenges.

"I would also like to offer my thanks to the people of Japan for hosting the Games, as well as to the International Olympic Committee, the Government of Japan, and the Tokyo Metropolitan Government and other organisations for working so hard to make them happen."

Hashimoto claimed that the Olympic Games had "begun a period of peace" as part of the Olympic Truce.

"To those for whom peace is still a distant ideal, even a glimpse of the reality of it may be a source of solace and relief," added Hashimoto.

"This, too, is an important Olympic value, and one perhaps unique to the Games. I would like to offer my prayers for peace to those who are still suffering the pain of war and conflict.

"To the athletes, thank you for gathering here on this stage.

"We have been encouraged by your commitment in spite of all the difficulties you’ve had to endure.

"You have always moved forward and done your very best. As a fellow athlete, I offer you my heartfelt gratitude."