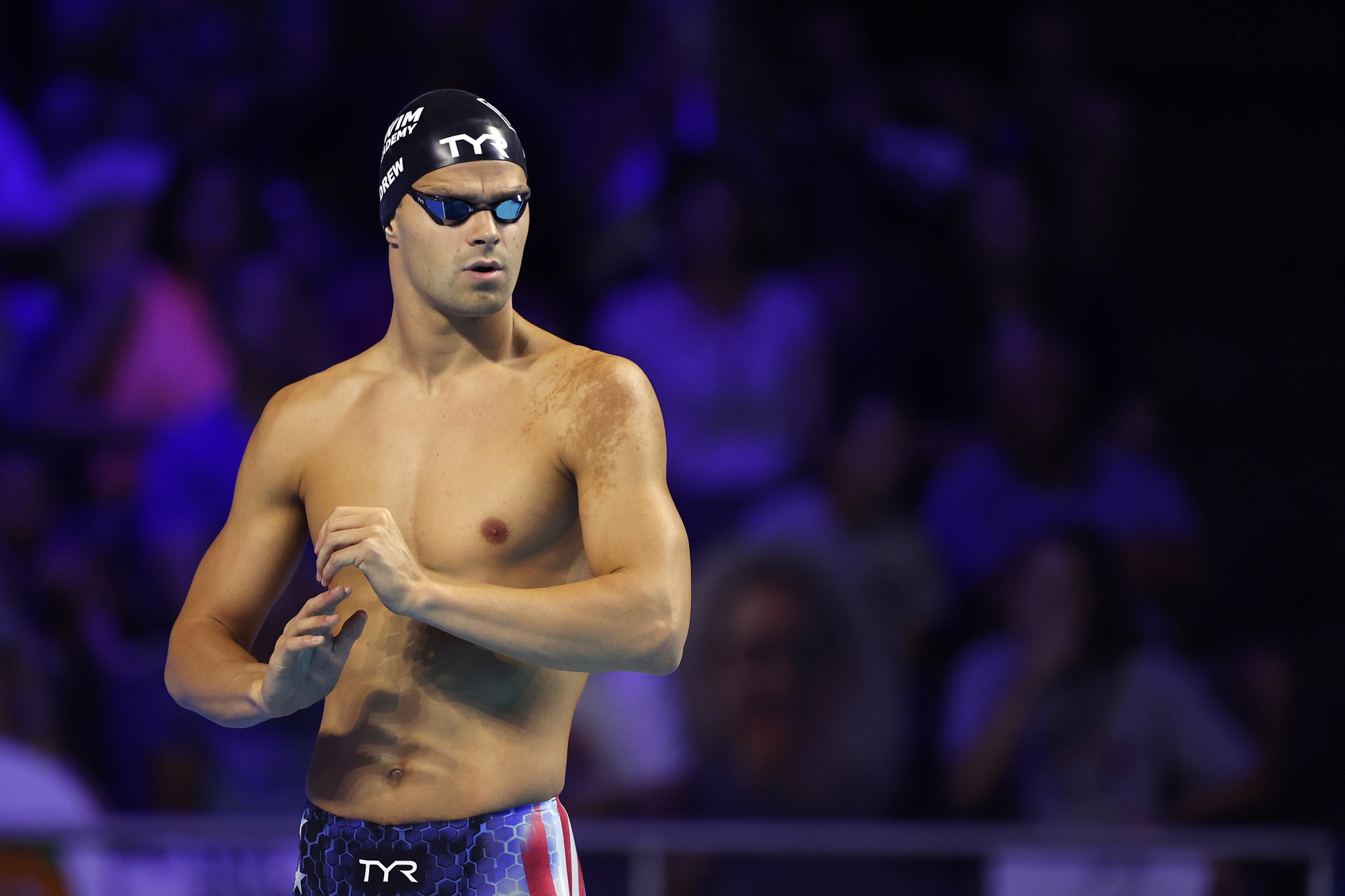 About 100 of the United States’ 613-strong team for the Tokyo 2020 Olympics here are unvaccinated against coronavirus, it has been revealed.

Jonathan Finnoff, chief medical officer for the United States Olympic and Paralympic Committee (USOPC), estimated 83 per cent of the 567 athletes that had submitted a health history document said they were vaccinated.

Finnoff claimed it was a "substantial" number and the USOPC was "quite happy" with the uptake for jabs.

The International Olympic Committee has previously claimed that more than 80 per cent of people inside the Athletes' Village would have either been vaccinated or be in the process of inoculation by the time the Games started.

Swimmer Michael Andrew is among those who has arrived in Tokyo unvaccinated after publicly stating his refusal to have the jab.

The 22-year-old, poised to compete in the men’s 50 metres freestyle, 100m breaststroke and 200m individual medley, said he "didn’t want to put anything in my body that I didn’t know how I would potentially react to".

As a former member of Team USA, I'm disappointed in @SwimmerMichael 's decision to attend the Olympics unvaccinated and his reasoning behind it. Please allow me to explain [1/8]

But his decision not to get vaccinated has been criticised by Olympic champion Maya DiRado on social media.

"As a former member of Team US, I’m disappointed in Michael’s decision to attend the Olympics unvaccinated and his reasoning behind it," DiRado, the Rio 2016 200m backstroke gold medallist, wrote in a post on Twitter.

"Rio was the best team experience of my life.

"The way American swimmers prioritise team medal count above their own is unrivalled.

"That Michael would make a decision that puts even a bit of risk on his teammates for his own perceived well-being frustrates me."

Finnoff insisted he was not treating unvaccinated athletes differently to those that are.

"The entire delegation from the United States, so every athletes, staff member and volunteer and everyone within Tokyo 2020 is being treated as if they are unvaccinated," he said.

"That’s the safest way of treating this Olympics and that involves not giving special accommodation to those that are vaccinated and centrally saying that everyone should be physically distancing, wearing their masks and washing their hands.

"While vaccinations reduces your risk of being infected people can still be infected even when they are vaccinated and they can transmit.

"The best thing to do is to assume that everyone is at risk and therefore reduce that risk by implementing all the COVID-19 mitigation measures."

Beach volleyball player Taylor Crabb and Kara Eaker, who is an alternate on the gymnastics team have tested positive for coronavirus.

The USOPC has announced it will issue a daily report of COVID-19 test rates among US delegation members in Japan at 10am local time each day.

There were no positive cases reported today.

"Case numbers will be pulled from the Tokyo Organising Committee’s tracking system and combined with results from local airport arrivals, and will detail data from the previous day," the USOPC said.

"Additionally, of the nearly 60 per cent of the US Olympic delegation who was expected to travel to Japan from July 1 to 23, six US athletes and officials tested positive for COVID-19 as part of the rigorous pre-departure testing process and were not permitted to travel.

"The remaining 40 per cent of the US delegation for the Olympic Games will arrive in Tokyo periodically over the coming weeks as pre-departure testing and monitoring continues."