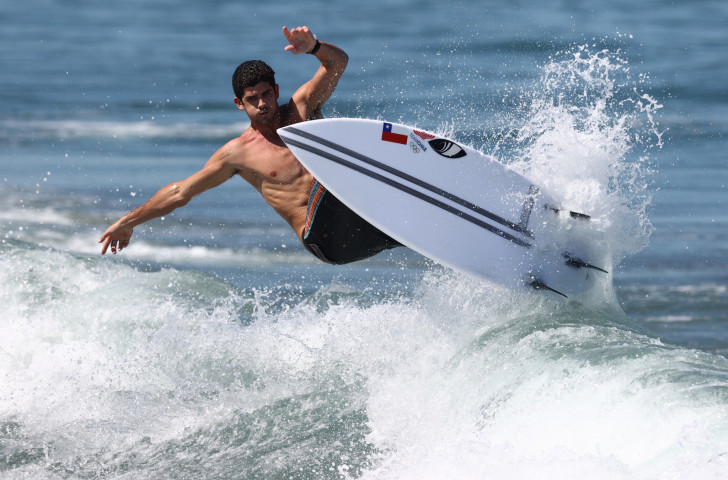 Surfing is set to make its Olympic debut at Tokyo 2020 tomorrow with the men's and women's shortboard events.

The action will take place at Tsurigasaki Beach in Chiba, 40 miles outside of Tokyo.

Weather permitting, round one of the men's competition is due to start at 7am local time with the women's due to begin at 10.20am.

Both disciplines will feature five heats consisting of four athletes each.

The top two competitors in each heat will advance directly to round three whilst the bottom two surfers will have to compete in round two, the first elimination round.

The International Surfing Association have recently received confirmation that Portugal's Frederico Morais has withdrawn from the competition after testing positive for COVID-19.

Carlos Muñoz of Costa Rica will take his place as the next eligible surfer.

Brazil's Ítalo Ferreira is headlining the first heat and as reigning World Surf League champion he is hotly tipped to win the gold medal.

World number 17 Leo Fioravanti of Italy is expected to battle it out with veteran Argentinian Leandro Usuna for second position whilst Hiroto Ohhara has been predicted to be eliminated from his home Games.

The men's fourth heat also has fans rubbing their hands together in anticipation as American John John Florence, two-time world champion and old hand Owen Wright of Australia will be vying for top spot.

Morocco's Ramzi Boukhiam, who came sixth at the 2019 World Surfing Games, has the potential to cause an upset in the group whilst Chilean Manuel Selman will be out to prove his critics wrong as he has been forecast for a swift elimination.

Meanwhile in the women's events, 28-year-old American Carissa Moore, the current world number one, is widely considered to bring the gold back to Hawaii.

Heat four is stacked with talent in the form of Johanne Defay and Brazilian Tatiana Weston-Webb, ranked second and fourth in the world respectively, whilst 20-year-old 18th ranked surfer Amuro Tsuzuki from Japan should not be written off.

Surfing Hall of Famer Sofia Mulanovich of Peru makes up the rest of the heat and although past her peak, the 38-year-old has an enormous trophy cabinet including three world titles and will no doubt cause problems for her fellow surfers.

As Tokyo 2020 is taking place during typhoon season, Japanese residents have raised their concerns about the potentially dangerous conditions.

However, the Olympic surfers are welcoming the possibility of huge waves with open arms.