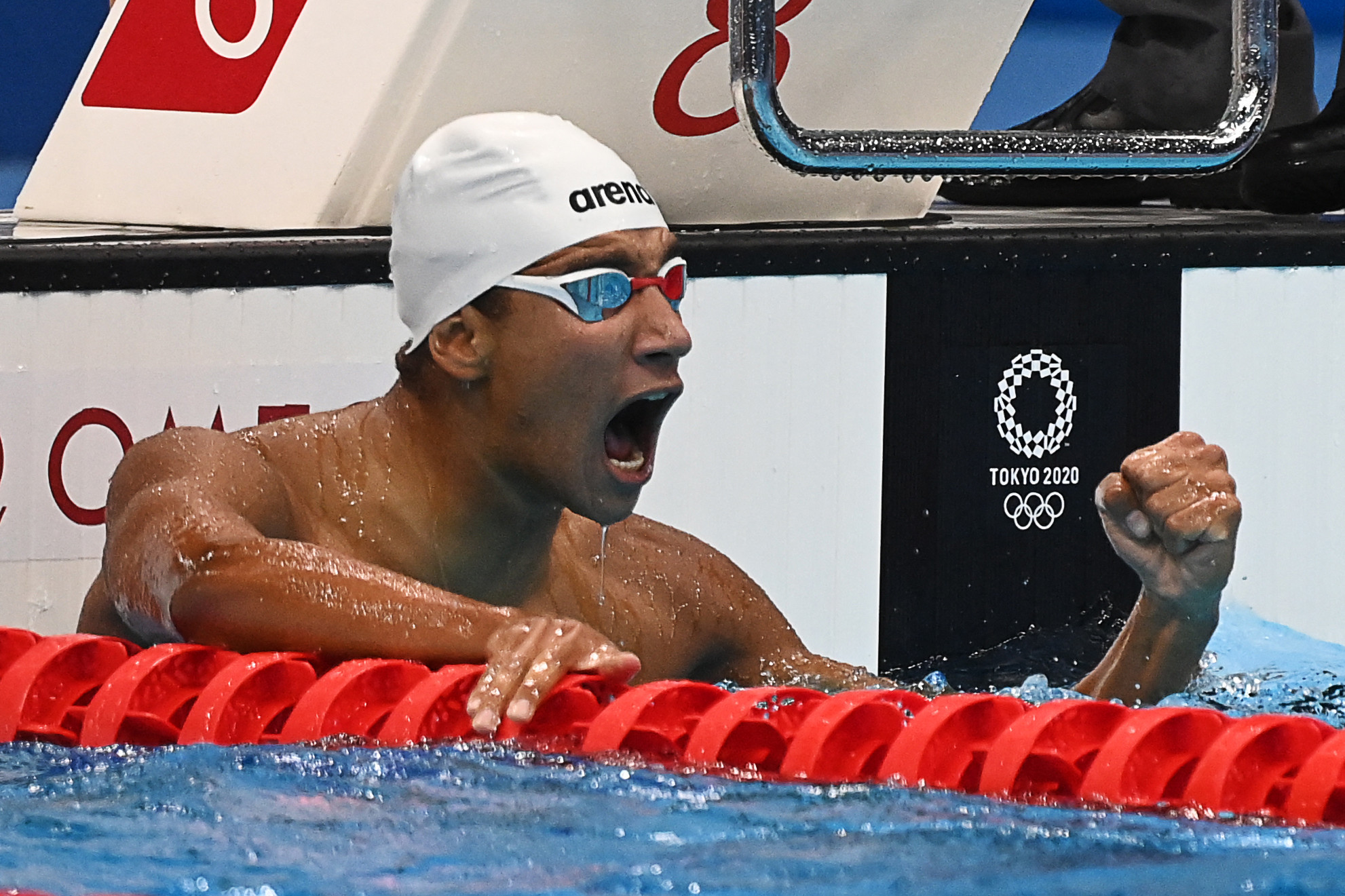 Few here would have tipped 18-year-old Hafanoui in the men's 400 metres freestyle final but the youngster, who came fourth in his heat, produced an exceptional swim from lane eight to touch home in 3min 43.36sec.

He follows in the footsteps of acclaimed African swimming champions such as Zimbabwe's Kirsty Coventry and South Africa's Chad le Clos, as well as his compatriot Oussama Mellouli.

Australia's Jack McLoughlin, who led for much of the race, had to settle for silver in 3:43.52.

Bronze went to Kieran Smith of the United States in 3:43.94.

"I just can't accept that - it is too incredible," Hafanoui, who has become his country's fifth Olympic champion, said.

"Oussama is a legend.

"I have two coaches, they have worked too hard."

In 2019, Hafnaoui did not qualify for the World Junior Championships so his success today caps a quite remarkable rise.

Ohashi won the women's 400m medley and would have taken the roof off the Tokyo Aquatics Centre if fans were not banned due to the COVID-19 pandemic.

Her breaststroke was a cut above the rest of the field and allowed her to pull clear towards a winning time of 4:32.08.

Americans completed the podium with silver going to fastest qualifier Emma Weyant in 4:32.76 and bronze to Hali Flickinger in 4:34.90.

"I couldn't go to the Rio Olympics, so for the past five years this became a big dream for me.

"This accomplishment is amazing for me."

Australia's triumph in the women's 4x100m freestyle relay rounded off the night in a blistering world record of 3:29.69.

Meg Harris guided her country into the lead on the second leg and a lightning quick third split of 51.35 from Emma McKeon put the result beyond doubt.

Cate Campbell, taking the anchor leg after her sister Bronte had swum first, enjoyed clear daylight and was never going to be caught.

Canada's Kayla Sanchez, Maggie MacNeil, Rebecca Smith and Penny Oleksiak took silver in 3:32.78 with the US having to settle for bronze.

"We come together at least once a year and train together for a full week," Cate Campbell said.

"We push each other and challenge each other but we do that in a really supportive way.

"There is no malice and no animosity towards one another, and I think that has just spoken volumes.

"This is the third Olympics in a row that Australia has won this event and that in itself really needs to be celebrated.

The Americans had earlier opened the session with a 1-2 in the men's 400m medley.

Chase Kalisz triumphed in 4:09.42 and, like Ohashi, streaked clear with a superb breaststroke leg.

Swimming finals here are taking place in the morning to suit American primetime viewers, and this was a start the US audience would have loved.

"It is my lifelong dream," said Kalisz, who upgraded his silver from Rio 2016.

"It is what everyone dreams of in the sport.

"The US has a proud legacy in the 400m individual medley.

"This was my redemption story."