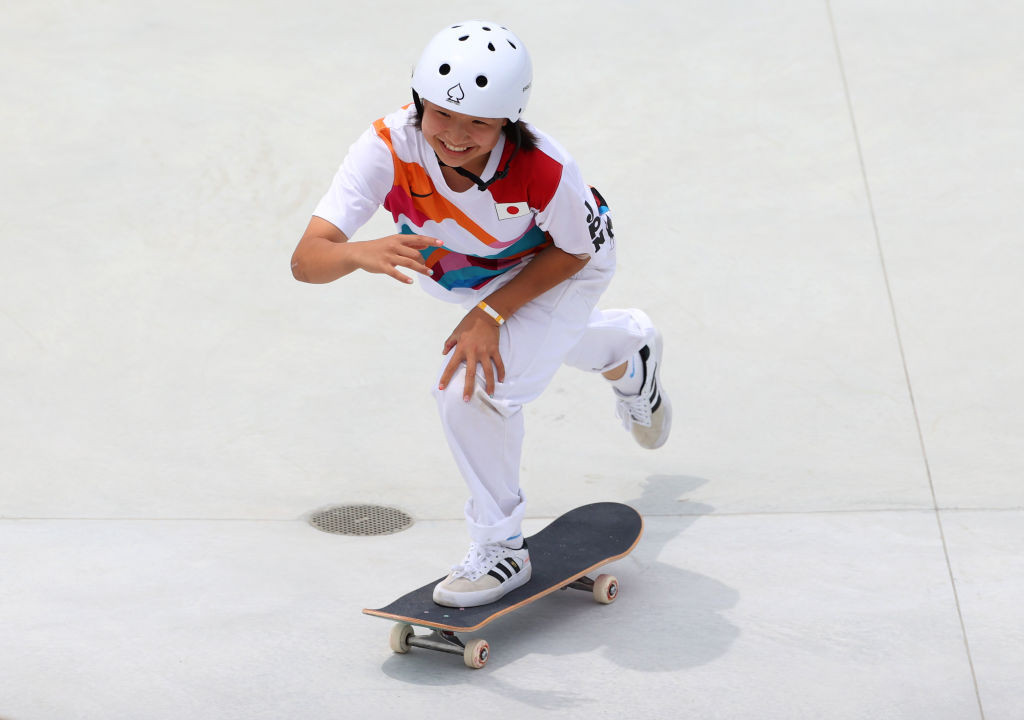 Thirteen-year-old Momiji Nishiya completed a historic home double for the hosts by winning the first women’s Olympic skateboarding title - in the women's street event - a day after the victory of her compatriot Yuto Horigome.

Nishiya, winner of a World Championship silver in Rome last month, moved into gold medal position after scoring 4.66 points with her penultimate trick to total 15.26, displacing another 13-year-old, Brazil's Rayssa Leal, who took silver with 14.64.

Japan’s Funa Nakayama, 16, took the bronze medal on 14.49 points on another huge day for the hosts at the Ariake Sports Park.

Nishiya thus becomes one of the youngest Olympic champions, although at 13 years and 330 days old she is slightly older than Marjorie Gestring was when she won diving gold in the women’s 3 metre springboard at Berlin 1936 aged 13 years and 268 days old.

Had Leal held on to win, she would have beaten that summer Games mark as she is 13 years and 203 days old.

The youngest gold medal winner at the Winter Olympics is Kim Yun-Mi of South Korea, who was 13 years and 83 days old when she won gold in the women's 3,000m relay event in short track speed skating at Lillehammer in 1994.

The hosts’ chances of hitting gold for a second day running on skateboarding’s Olympic debut looked very healthy after the eight final qualifiers were determined from the preliminaries, with three in the top five.

Aori Nishimura, winner of the world title last month, looked the skater most likely, but she had an unhappy final experience, finishing eighth with a score of 6.92 points.

Leal, popularly known as "The Skateboard Little Fairy" – in Portuguese, "Fadinha do Skate" - after a video of her doing skateboard tricks in a fairy costume as an eight-year-old went viral, moved into the lead after scoring 4.21 points with the third of her five tricks.

Cheering her on in stands were team-mates Leticia Bufoni, the five-times X Games champion, and 2019 world champion and world number one Pamela Rosa, who had finished ninth and 10th respectively in the preliminary qualifying.

After failing to score with her first trick, Leal moved up to bronze medal position with a score of 3.91 points, even though she had to put both hands down behind her briefly to prevent herself tipping backwards on the landing.

Nishiya eventually moved past her with her penultimate effort of 4.66 points but the Brazilian looked more than delighted with her morning’s work.

Speaking about the achievements of the two 13-year-olds after finishing fifth, Roos Zwetsloot of The Netherlands said: "Yeah I said this already, like, what do they eat in Brazil and Japan?

"Such amazing skaters at such a young age.

"They really train well and it’s pretty amazing how they perform with this pressure.

"Pretty proud of them."

Margielyn Didal of The Philippines, who finished seventh, added: "All the medallists are super young, imagine that.

"It's history, and I've just witnessed it.

"First ever Olympics and I was able to skate with them."