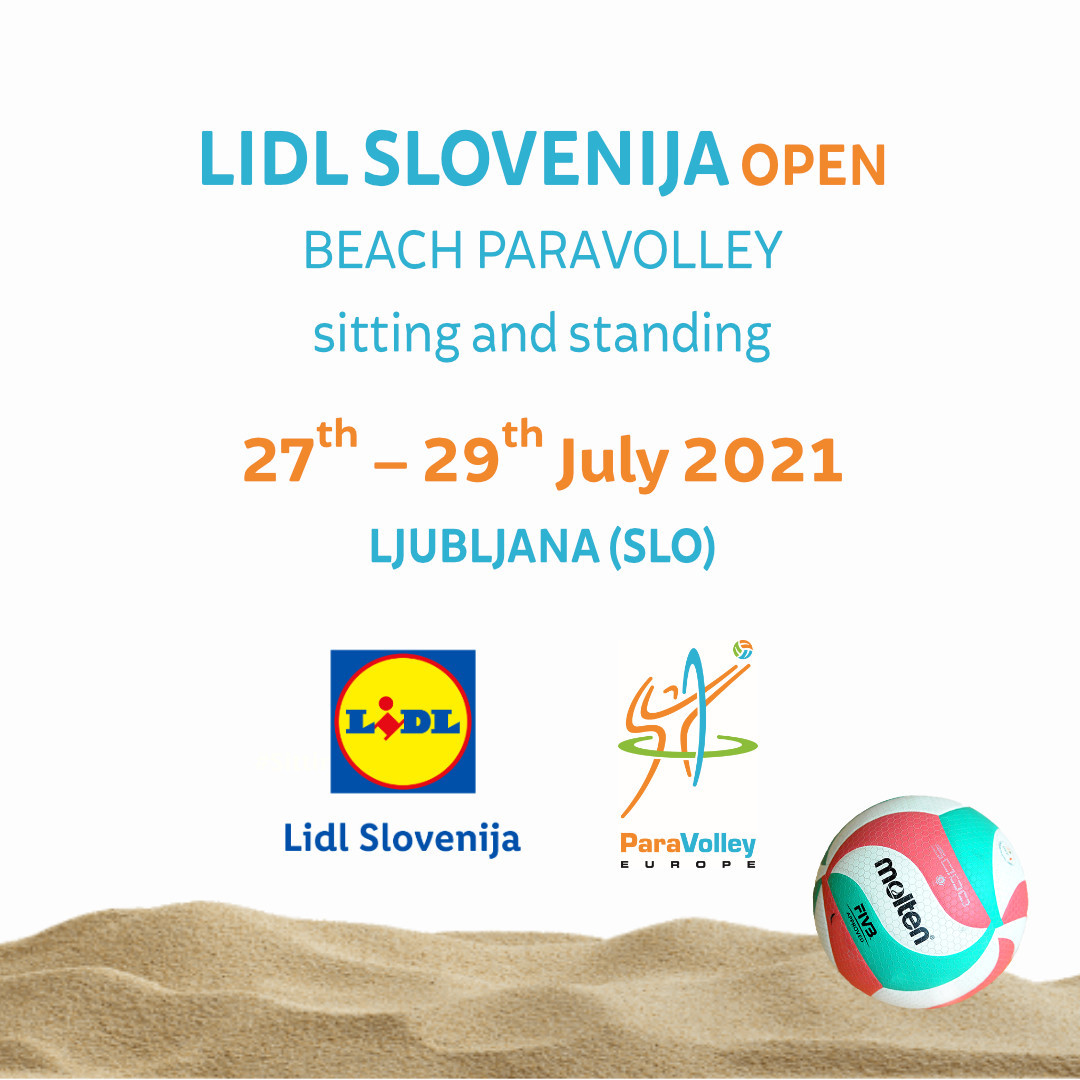 Representatives from eight other countries will join Slovenia in taking part in capital Ljubljana, and it is the first international event to feature both disciplines of beach ParaVolley,

ParaVolley Europe President Branko Mihorko is confident that the event will prove to be a success.

"Slovenia has a long tradition of sitting volleyball, Slovenian volleyball players have achieved exceptional results at international competitions, and Slovenia has often hosted the largest ParaVolley events," he said.

"We are convinced that the first international event in both, standing and sitting beach ParaVolley so far, will be organised at the highest possible level.

"This is another and a very important step in the development of beach ParaVolleyball and we can't wait for the event to begin."

Slovenia, Croatia, Hungary, Slovakia, Italy and Poland are all competing in the men's standing event, and the first match of the tournament will see the hosts take on Hungary.

Kazakhstan had also been due to participate, but organisers said travel visas could not be secured in time.

Matches are organised at one-hour intervals, with each country playing three times on the first day and facing the remaining two opponents on Wednesday (July 28).

The semi-finals then take place later that night, followed by the final ranking matches on Thursday (July 29), with a game for fifth and sixth place, a third-place playoff between the two losing semi-finalists and the final.

Six teams are also competing in the men's sitting competition: three Slovenian representative teams, Latvia, Estonia, and the OSUI Laktaši club, which is based in Bosnia and Herzegovina and represents Serbia.

Nine matches will be played tomorrow, with the round-robin and the semi-finals completed on Wednesday.

The three ranking matches are scheduled for Thursday, including the final which will be the last match of the tournament.

The women's sitting event is being held on the final day, featuring two Slovenian teams and Croatia.

Three round-robin matches will start the day's action, before the final between the top two as the Slovenian Open’s penultimate tie.

Lena Gabršček is excited to take part in the event for Slovenia.

"This will be a whole new experience for us," Gabršček said.

"We have prepared very well and despite the fact that we don't have much information about our opponents, we are still very keen to participate at the event."

Two promotional matches are also planned before the finals, including a women’s standing beach ParaVolley game between Slovenia and Slovenia’s youth team.

Fixtures on the first two days will be held indoors at Ludus Beach Park in Ljubljana, while the final day takes place outdoors on the city's Pogačar Square.

Competitors were required to present a digital medical certificate or a negative polymerase chain reaction (PCR) test from within the 72 hours prior to their arrival to enter Slovenia, and must carry a digital COVID certificate or proof of a negative test while competing.

Slovenia has previously hosted a beach ParaVolley promo event in 2015, and this will be its first official ParaVolley Europe competition.

ParaVolley events are among those to have been impacted by the coronavirus pandemic.

ParaVolley Europe cancelled all of its sanctioned competitions last October, while this year's European Sitting Volleyball Championships were pushed back from May to October.