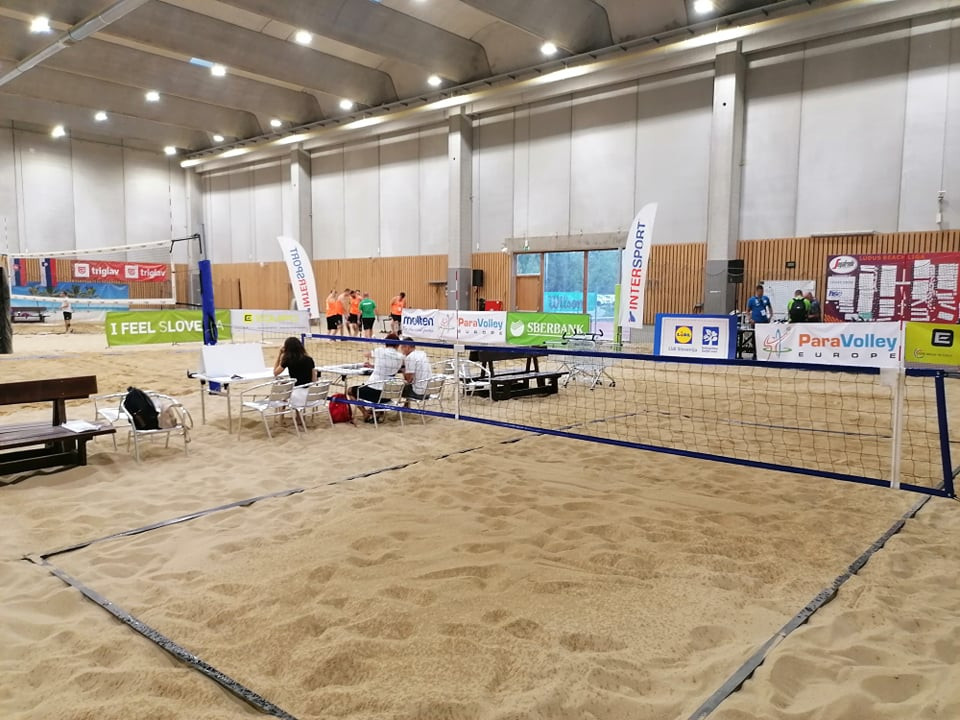 The tournament is the first international event to feature both disciplines of beach ParaVolley.

The first match saw hosts Slovenia get off to a strong start in the men’s standing event, coming from behind to beat Hungary in three sets.

However they couldn’t follow that up against the Poles in their next match an hour later, with the visitors triumphing in straight sets.

Poland also overcame Hungary and Croatian club side IOK Zagreb without dropping a set later in the evening to go second in the standings at the end of the day’s action.

They trail Slovakia on points ratio as they eased past IOK Zagreb and Slovenia before also beating Italy 2-0, albeit with both sets slightly closer in the margin of victory.

The Italians had enjoyed a winning start to their afternoon, seeing off Hungary and IOK Zagreb to end up third in the standings.

Slovenia were the only other side to record a win on the first day and are fourth.

Three defeats for Hungary and IOK Zagreb leave them fifth and sixth respectively.

In the men’s sitting competition, Latvia overcame Slovenia’s second team 2-0 in the first match, beating the Slovenian thirds by the same scoreline in their next match and rounding a perfect day off with a straight-sets win against the OSUI Laktaši club.

Slovenia’s firsts are second in the standings courtesy of wins against Slovenia’s thirds and Estonia, although those matches were separated by a defeat to the country’s second team.

The seconds trail the firsts on points ratio after also beating Estonia on their first day, and OSUI Laktaši also recorded victories against Slovenia’s thirds and the Estonians.

Both groups draw to a close tomorrow, with Slovakia and Poland in the standing and Latvia in the sitting events having secured places in the semi-finals courtesy of their 100 percent records.

The semi-finals will also take place tomorrow evening after an hour’s break from the last group matches.

Darko Đurić of the Organising Committee was pleased with how the opening day panned out.

"Some things that we have tested here turned out to be very positive, like having a coach, substitutions, etcetera," he said.

"We saw some interesting, dynamic matches, the feedback of the foreign teams is great, and I believe that the future is bright for beach ParaVolley, which should get its place among the volleyball family."

Matic Keržan of the Slovenian national team added: "It was our first time to play beach ParaVolley and I think that we fought well, despite the outcome.

"Especially in the first match, we proved that we can play exceptionally and this brings us a lot of joy.

"We are happy to be a part of this historic tournament, we are having fun, but most of all, we want to prove ourselves."