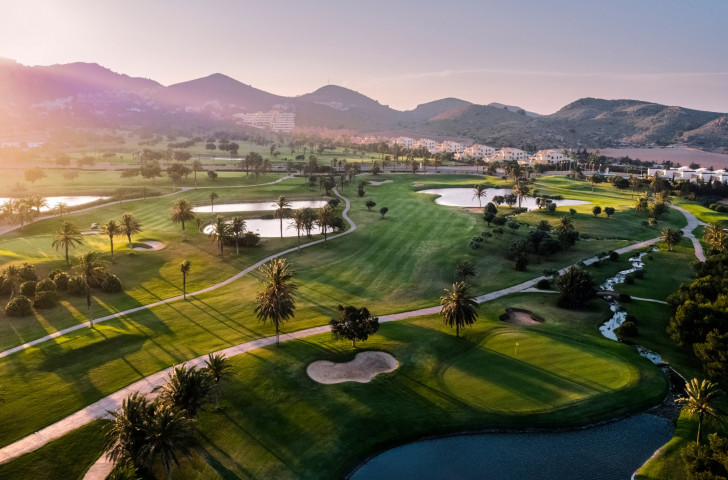 La Manga Club in Spain has partnered with the Ladies European Tour (LET) to host the golf circuit's Qualifying School and winter training for the next three years.

With the courses sharing a clubhouse, the LET claims this will provide an "electric atmosphere" for those battling it out for a place on the 2022 Ladies European Tour.

Amy Boulden of Wales won the Q School tournament when it was last at La Manga Club in 2020.

"We are delighted to be returning for another three years to La Manga Club, which is a wonderful venue and has hosted Ladies European Tour events and Qualifying Schools successfully in the past," said Alexandra Armas, LET chief executive.

"We are so grateful that La Manga Club has provided the opportunity for the next generation of talented international players to compete to become part of the LET, with the platform to achieve their dreams in golf."

Carlos Erburu, managing director at La Manga Club, is also excited for what the coalition will mean for the resort, which also boasts 28 tennis courts, 8 FIFA-sized football pitches and 29 grass wickets for cricket.

"It has been an absolute pleasure to welcome back the Ladies European Tour’s Qualifying School and for their renewed confidence in holding such a key event in the golfing calendar for a further 3 years at La Manga Club on our renowned North and South golf courses," Erburu said.

"Whilst several big names from previous ladies Q schools at La Manga Club continue to compete and win on the circuit, we look forward to welcoming a new group of lucky qualifiers this coming December who will also look back one day at the Q School as a springboard to future success in the international golfing arena."

The 2021 LET season is the 43rd series of golf tournaments since the professional tour was founded in 1978, and marks the second edition of the Race to Costa del Sol.

This year’s schedule includes 26 events in 19 different countries, including the Olympic Games and the Solheim Cup, and a record-breaking prize fund of more than €19 million (£16 million/$22 million).