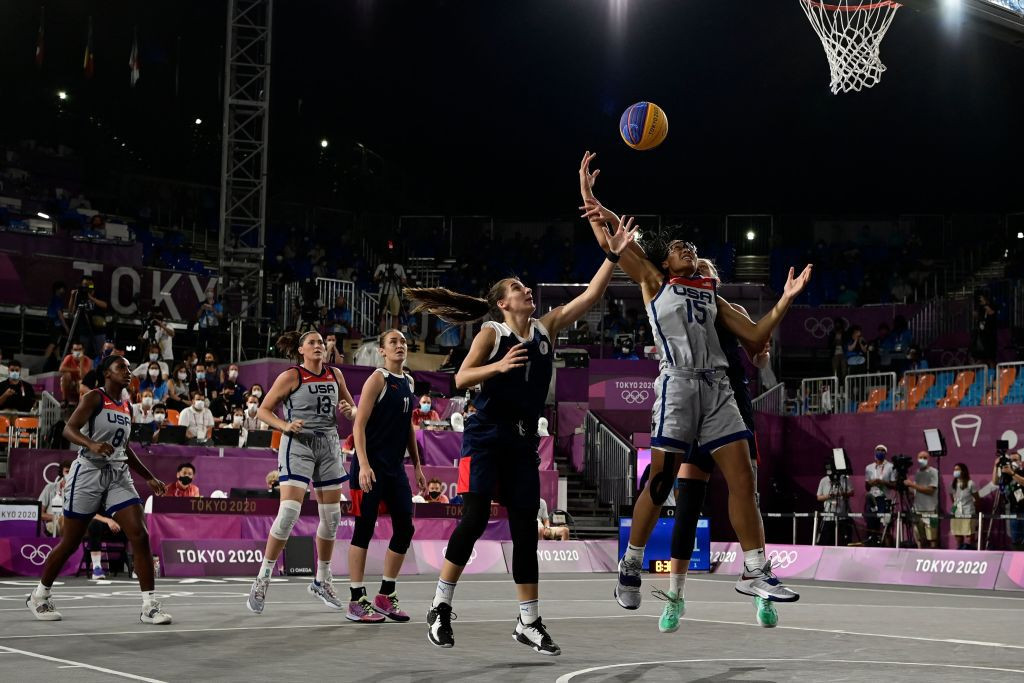 The United States women overpowered the Russian Olympic Committee (ROC) to secure the first Olympic Games 3x3 basketball gold medal, before Latvia fought back to beat the ROC in the men's final at Tokyo 2020 here tonight.

The US, who were red-hot favourites for gold, etched their name into the history books by sweeping aside the ROC 18-15 in the women's final.

In the men's gold-medal match, Karlis Lasmanis netted a two-pointer to guide Latvia to the magic number of 21 and consign the ROC to second place.

Dolson led the scoring for the US, while Plum, who becomes the first player to win an Olympic 3x3 gold and a World Cup in the traditional five-on-five basketball format, chipped in with five.

The ROC team of Yulia Kozik, Anastasiia Logunova, Olga Frolkina and Evgeniia Frolkina struggled to keep pace with their American opponents, who established a 5-1 lead early on which laid the foundations for a commanding win.

Plum, the first pick in the 2017 WNBA Draft, said the Tokyo 2020 triumph was the best moment of her career.

"This group has worked so hard and put a lot of time into learning this game - this game is not easy.

"It is not an easy tournament and what a great sport to debut in the Olympics.

"We are proud to bring home gold."

World champions China had earlier taken the honour of becoming the first Olympic 3x3 medallists after they edged out France 16-14 for bronze.

The men's final was a topsy-turvy affair and a great advert for a sport which clearly has a bright Olympic future.

The ROC team, featuring Stanislav Sharov, Alexander Zuev, Ilia Karpenkov and Kirill Pisklov, at one point led 9-4 before Latvia clawed their way back and began to find their range.

Latvia, represented by Nauris Miezis, Lasmanis, Edgars Krumins and Agnis Cavars, went ahead for the first time with a little under three-and-a-half minutes to go before a late flourish culminated in Lasmanis landing one from distance.

"I am really proud, I hope Latvia is proud of us," said Lasmanis.

"Finally, we bring gold back again to Latvia.

The ROC had beaten four-time world champions and favourites Serbia in the semi-finals but failed to capitalise and were forced to settle for silver.

Serbia recovered from the semi-final defeat by beating Belgium 21-10 to take bronze in a meeting of the teams who finished in the top two places after the preliminary round.