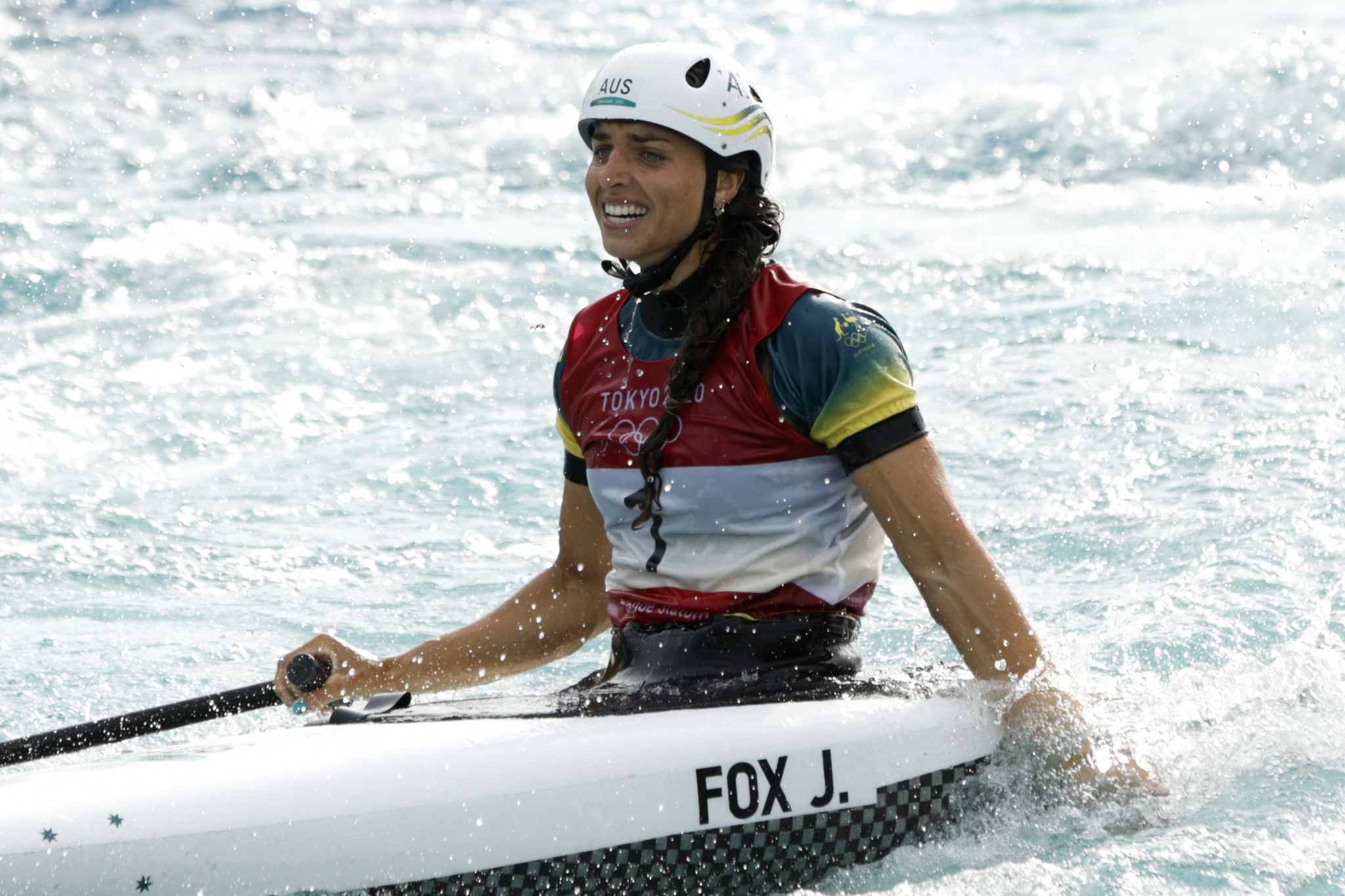 Australia's Jess Fox finally became an Olympic gold medallist as she triumphed in the first-ever women's canoe slalom competition held at the Games.

The 27-year-old is a 10-time world champion who has won numerous titles on the World Cup stage, but before today she had never topped an Olympic podium.

Fox, competing at her third Games, previously won K1 silver at London 2012 and bronze at Rio 2016.

She wanted to achieve a historic kayak-canoe double here but was left disappointed in the K1 on Tuesday (July 27), when she had to settle for bronze behind Germany's Ricarda Funk.

That result meant today was the last remaining chance for Tokyo 2020 gold and she took it with both arms.

After qualifying for the final in first place, Fox was the last canoeist to go and she descended the course with no penalties to overhaul everyone who had come before.

She ended on 105.04sec and celebrated by smashing her oar into the water.

"It has just been such a big couple of days," Fox said.

"I was very proud to win that bronze medal in the kayak event.

"Obviously, I felt like I could have done a better run and been on that top step but I had to be satisfied to be there anyway, with the bronze medal.

"To come back after that was extremely hard, emotionally, mentally taxing, so I am so, so proud I was able to pull that run out today.

"Yes, I was dreaming of it and I really believed it was within me, I could do it, but you never know what is going to happen in the Olympics.

"It is about holding your nerve and I probably didn’t do that very well in the kayak a couple of days before, so it was hard to get to this point but it has been incredible to do what I did today."

She ended on 108.68 with two penalty seconds as she collected the silver medal.

France's Marjorie Delassus had three-time Olympic canoeing champion Tony Estanguet, the Paris 2024 President, in attendance supporting her and although her run accrued no penalties, she was not quick enough to get ahead of Franklin.

Andrea Herzog of Germany could not get past Franklin either, picking up two penalty points and eventually winning bronze on 111.13.

The best two qualifiers after Fox both had runs to forget.

Brazil's Ana Satilia missed gate 22 entirely and received a 50-second penalty which dropped her to last.

Tereza Fišerová was the penultimate canoeist down, but the Czech collected penalty points at gates eight and nine and finished fifth.