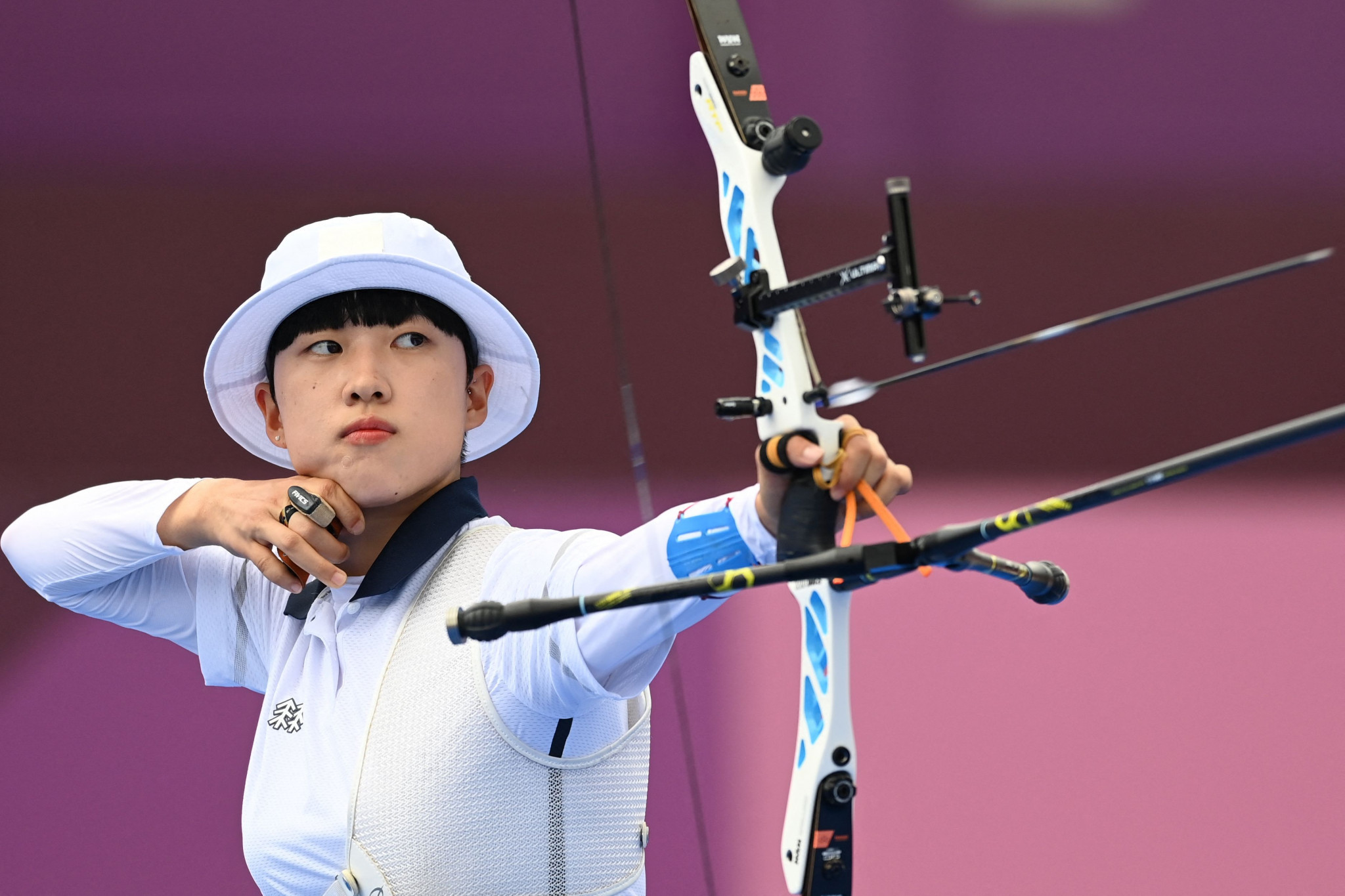 An San became the first athlete from South Korea to become a triple gold medallist at a Summer Olympics after winning the women's individual archery event at the Yumenoshima Park Archery Field.

A nerveless maximum ten in the shoot-off gave the Olympic debutant gold in a tense contest against Elena Osipova of the ROC.

The archers had been locked at five points all after a match that swung one way and then the other.

"I had already experienced a shoot out and so I just told myself that I could do it," An said.

"I was telling myself that I could actually make it."

"Lots of things go through your mind.

"I think the moment is really crucial.
"It can be won or lost in this one arrow.

"The moment when the arrow leaves the bow you have to be completely concentrated.

"You have to have your mind as free as possible.

"In the moment that I shot the arrow, I really felt that it was a ten.

"I was completely sure and I was very happy about it."

It made sure of an unprecedented third gold for An who had also stood on the podium in the women’s team and mixed team events.

"I think this will do the team good and also benefit the sport in Korea.

"I want to pay tribute to all of the coaches who helped me along this way."

An led early in the final but had to fight back after Osipova led entering the fifth set.

An’s maximum won the shoot-off after Osipova could only score eight.

The empty stands had made for a more muted atmosphere than usual.

"It was quiet, but I heard my coach cheering, so that made me more focused," Osipova said.

She was the first Italian woman to win a medal in archery.

Boari said: "I hope that was the first and that many will follow.

"It has been a long path for us.

"We are a great solid group of people in archery and I really hope that more medals will be won."