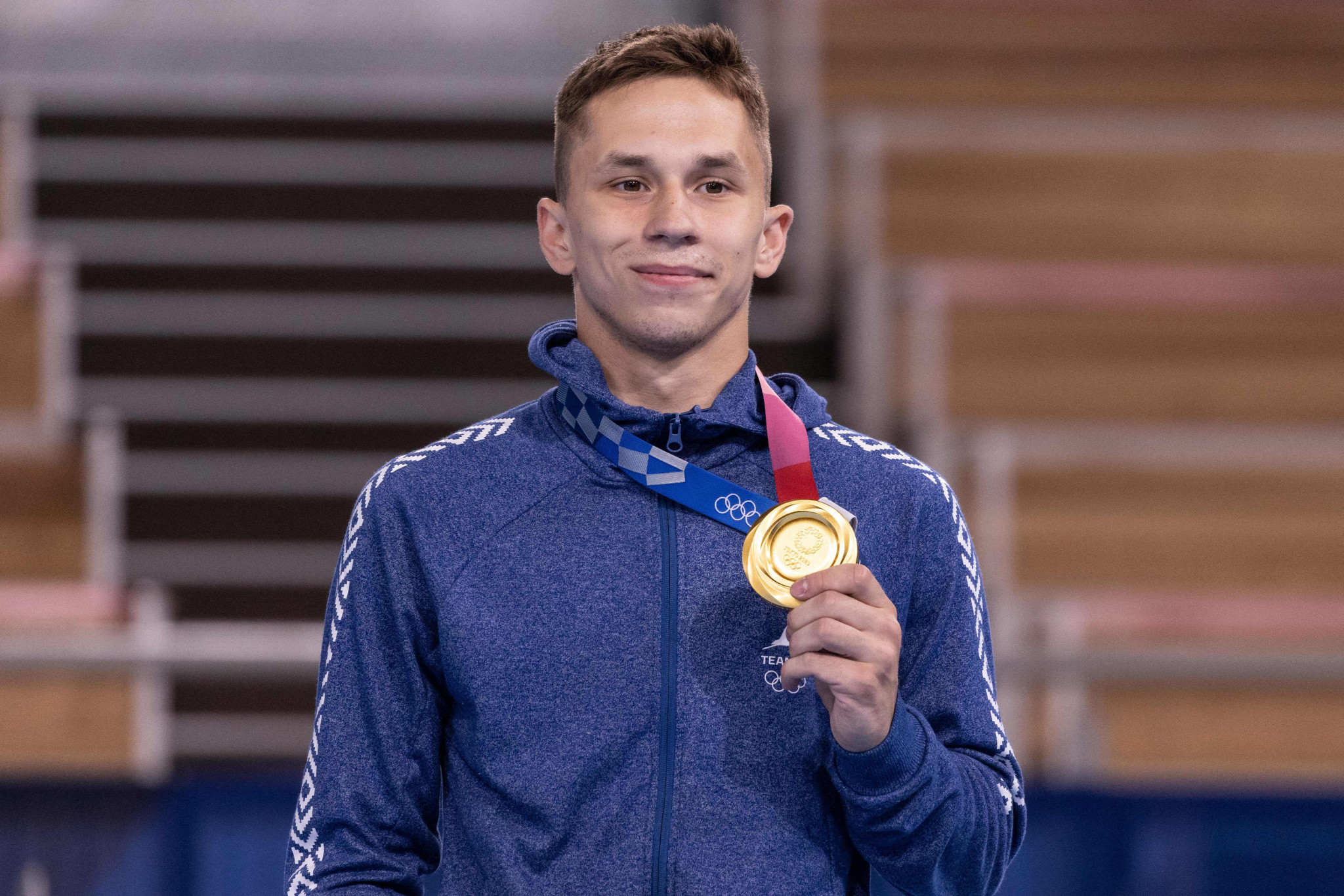 Ivan Litvinovich delivered Belarus' first medal of the Tokyo 2020 Olympics after jumping to gold in the men's trampoline gymnastics at the Ariake Gymnastics Centre here.

The 20-year-old gymnast follows in the footsteps of Uladzislau Hancharou, who claimed the title for Belarus at Rio 2016.

There were just 0.48 points separating Litvinovich from Dong Dong of China, who had to settle for silver.

Litvinovich triumphed with a score of 61.715 points as Dong came second with 61.235, while New Zealand’s Dylan Schmidt bagged bronze with 60.675.

Belarus almost had two medals but Schmidt denied defending champion Hancharou a place on the podium as he came fourth with 60.565.

Litvinovich was the last gymnast to compete in the final but he produced a superb performance to beat Dong’s impressive score.

"I saw his score, and it was very high," said Litvinovich.

"At that time, I thought silver would be the maximum I could achieve.

"Now I am holding the best medal, the gold medal.

Dong made history by becoming the only trampoline gymnast to win four medals at the Olympics, with his silver here adding to gold at London 2012, silver at Rio 2016 and bronze at Beijing 2008.

"Today, I did my utmost," said Dong, who is competing in his last Olympics.

"[Litvinovich] had a few problems during his routine, but he still won.

"So I am really getting old.

"I have been to four Olympics, but Olympics are for young people."

"It's been bloody stressful to get here, to perform and compete," said Schmidt.