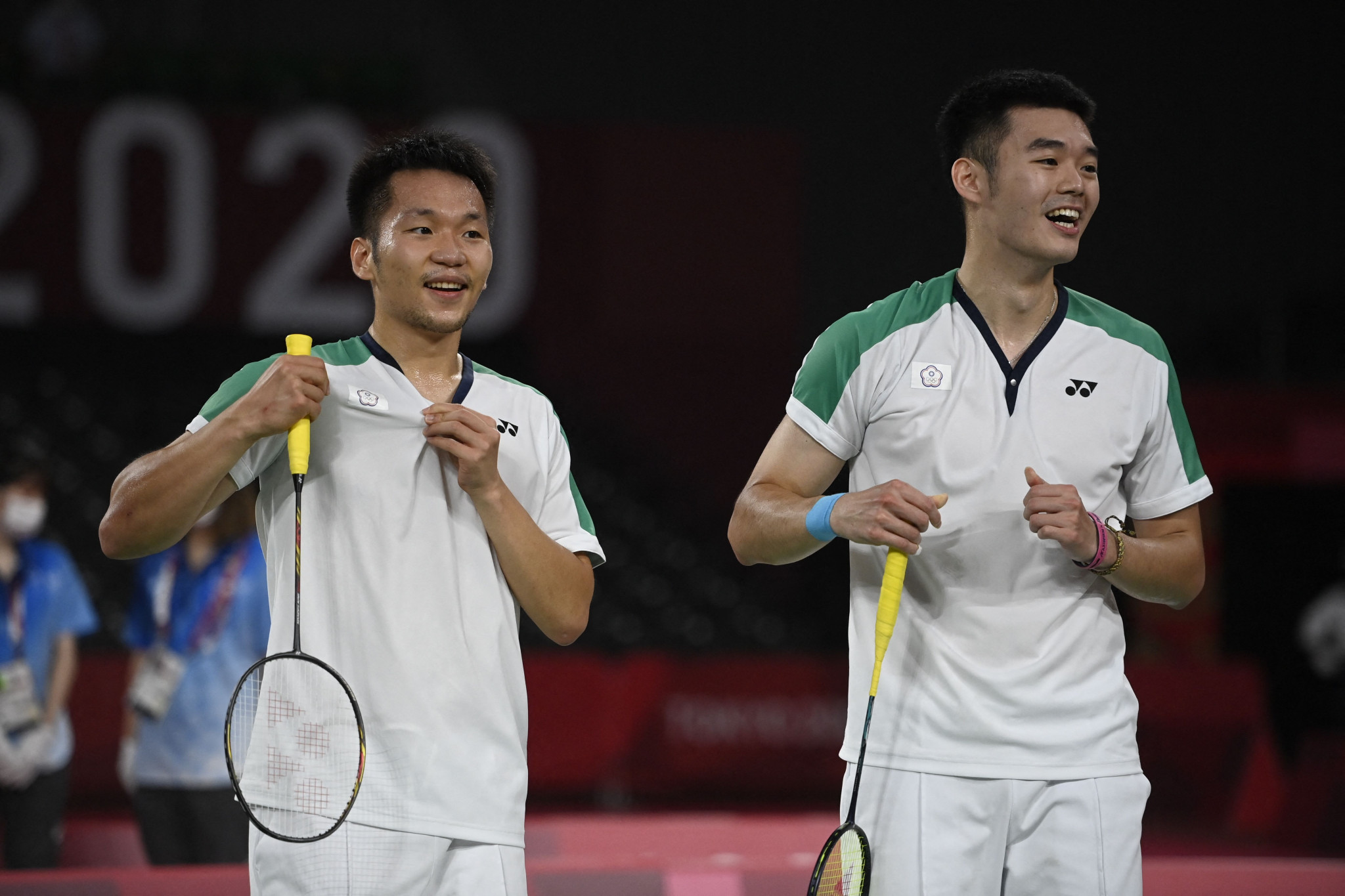 China topped the podium in the past two Olympics in the event, but Li and Liu were beaten in straight sets by Lee and Wang.

The Chinese Taipei pairing came through a tight first set, before pulling away to complete a 21-18, 21-12 triumph.

The victory was sealed by a hawkeye decision as it confirmed that Lee’s shot had landed inside the baseline, sparking jubilant scenes from the Taiwanese athletes.

Aaron Chia and Soh Wooi Yik of Malaysia collected the bronze after coming from a set down to beat Mohammad Ahsan and Hendra Setiawan of Indonesia 17-21, 21-17, 21-14.

Li and Liu picked up silver but the 2018 world champions will see this as a missed opportunity to top the podium.

They won the opening three points and established a 10-6 lead in the opening set, but were unable to take advantage of their early success.

Wang was a dominant force for Chinese Taipei, combining powerful overheads with superb defence to give his team a 16-14 lead.

Li and Liu cut the gap to 17-16, but Lee and Wang won four of the next six points to secure the opening set.

They then made a positive start to the second set, powering 6-3 ahead - they did not look back after that.

Leading 11-5 at the change of ends, Lee and Wang oozed with confidence.

Wang powered down another smash to increase their advantage to 17-6, and while Li and Liu put together a run of three straight points to put the pressure on, the Chinese Tapei pair responded in clinical fashion, with Wang putting away an overhead before securing another point.

Wang then won an exchange at the net to set up 10 match points, and, at the fourth time of asking, they secured the victory when Liu chose to leave Lee’s shot that was confirmed to have landed in following a hawkeye review.

In the bronze medal match, Ahsan and Setiawan were unable to deliver bronze for Indonesia after surrendering their one-set advantage.

The lead changed hands multiple times in the opening set before Setiawan swatted away the second of four set-point opportunities.

Ahsan and Setiawan were just five points away from sealing a podium spot at 16-16 in the second set, but after Ansan made a costly misjudgement when he allowed a serve to drop in, Chia came to the fore as his smash forced a decider.

All the momentum was with the Malaysians as they moved 4-1 in front with Chia showboating with a couple of shots between the legs mid-rally.

They led 11-6 at the change of ends and powered to victory with Chia producing a huge smash to clinch the bronze medal.

Competition continues tomorrow with the men’s singles semi-finals and the women’s singles final between Chen Yufei of China and Tai Tzu-ying of Chinese Taipei.