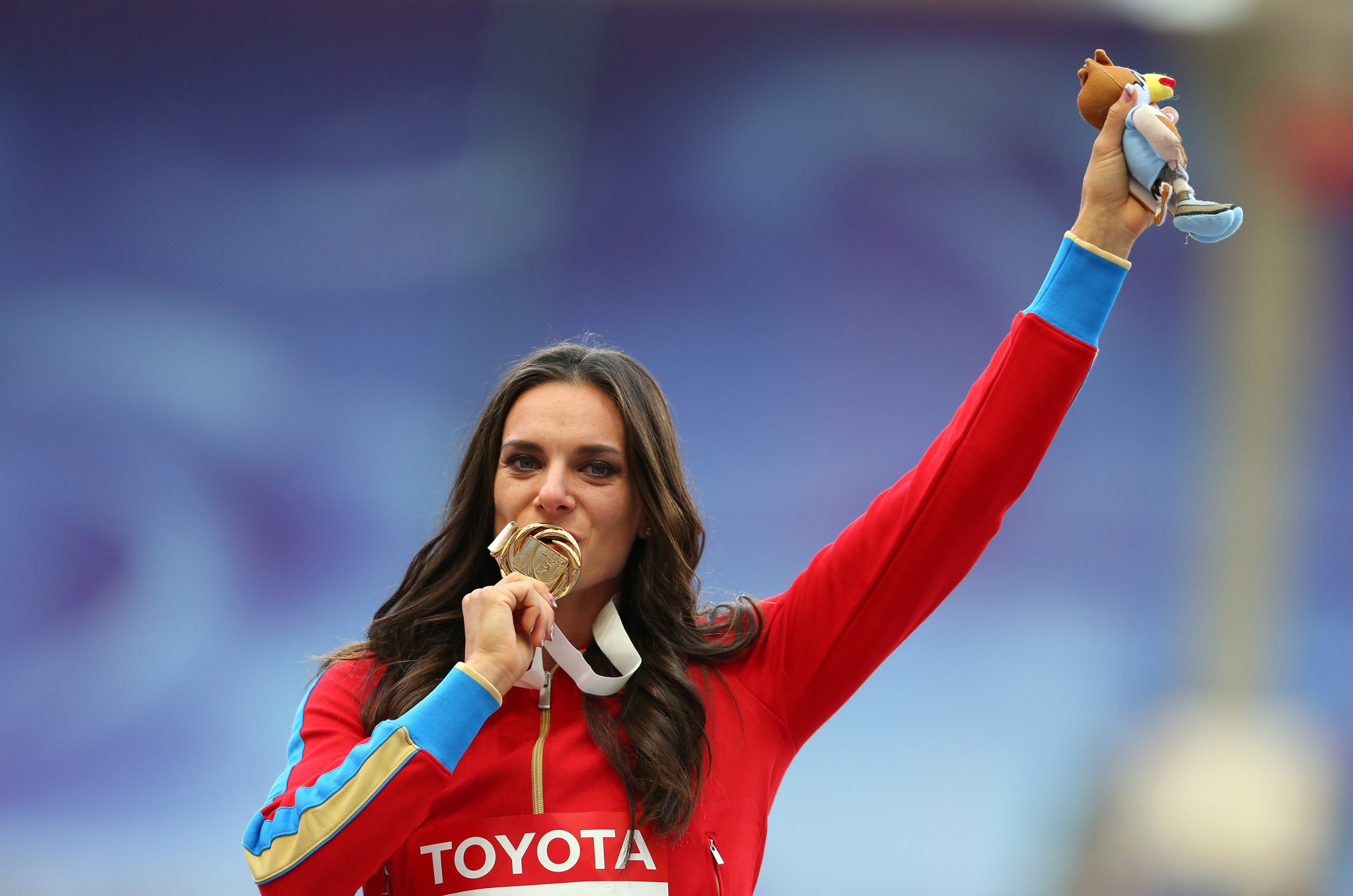 Two-time Olympic pole vault champion Yelena Isinbayeva has queried the decision to award a gold medal each to high jumpers Mutaz Barshim and Gianmarco Tamberi after they both cleared 2.37 metres in the Olympic final.

The athletes had both jumped that height without any failures and did not want to arrange a tiebreak, so Qatari world champion Barshim and Italy's Tamberi each received a gold medal.

The bronze was won by Belarusian Maksim Nedasekau who also cleared 2.37m but was left to rue a failure at 2.35m.

Isinbayeva, an International Olympic Committee member, was left mystified by the officials' decision to offer Barshim and Tamberi a choice of whether to jump on or call it a draw.

"In my lifetime it was like this: if the same height, the same attempts, the bar is set one step lower," Isinbayeva told state-run Russian news agency TASS.

"If both did not take, one step back.

"But two Olympic gold medals... I don't know how this can be.

"Yes, the athletes themselves decide to jump further or not.

"But is it possible to agree - I don't know if it is possible according to the rules, after all, in technical disciplines there should be a fight until the very end."

Isinbayeva won gold at Athens 2004 and Beijing 2008 as well as the bronze medal in her final Olympics at London 2012.

It is the first joint Olympic gold in athletics since Stockholm 1912's pentathlon and decathlon contests.

American Jim Thorpe won both, but was later disqualified over alleged breaches of amateurism rules.

Thorpe's medals were later reinstated, but not at the expense of Bie or Wieslander's golds, officially leaving two champions.