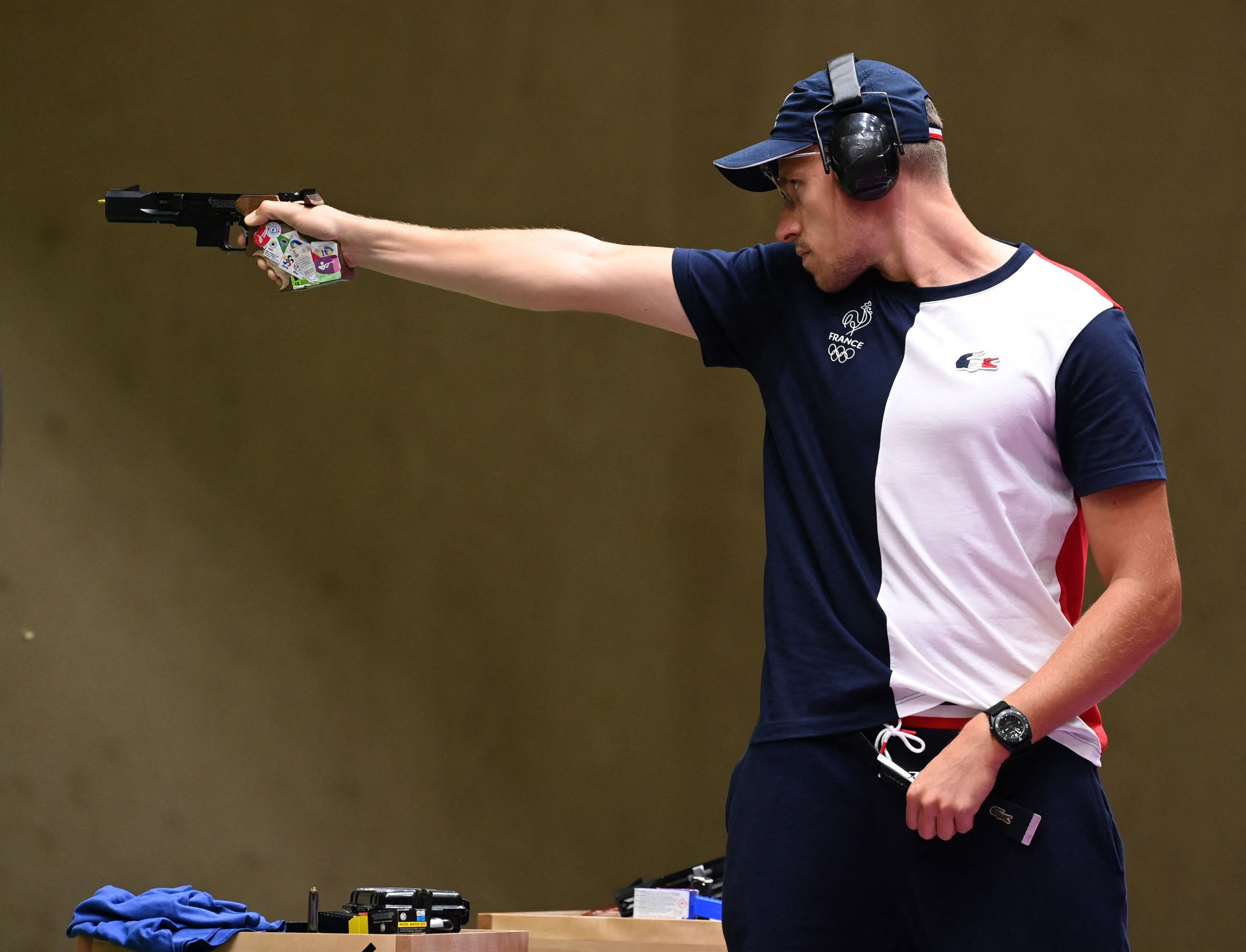 Quiquampoix was hoping to go one step further than Rio 2016, where he finished as the silver medallist in the event.

The French shooter was joint top of the standings after the initial part of the final at the Asaka Shooting Range.

He hit 12 targets successfully during the stage, along with Cuba's Leuris Pupo and South Korea's Han Dae-yoon.

Pupo proved Quiquampoix’s nearest challenger during the elimination phase of the competition, with only one shot separating the pair moving into the final two rounds.

Quiquampoix outscored his opponent 9-5 during the round to secure gold on a total of 34 points, equalling the mark set by Pupo when he claimed the Olympic title at London 2012.

The Cuban was left settling for silver on this occasion with a score of 29, as China’s Li Yuehong earned bronze after being eliminated on 26 points.

"It was very exciting to get the second medal after the silver I got in 2016," said Quiquampoix.

"At the Olympic Games, and at the final too, there are lot of emotions.

"It was important to show the technical side and my skills.

"This medal was my aim in life.

"I did everything as I always have done and it went well."

The final shooting gold of Tokyo 2020 was earned by China’s Zhang Changhong, who produced a world record in the men’s 50m rifle three positions event.

Zhang held a narrow lead at the conclusion of the kneeling stage, which he preserved in the prone part of the event.

The 21-year-old pulled away from his nearest challengers in the standing section to triumph on a world-record score of 466.0.

The Russian Olympic Committee's Sergey Kamenskiy claimed the silver on 464.2.

Milenko Sebić was eliminated in third place on 448.2, with the Serbian receiving the bronze medal.