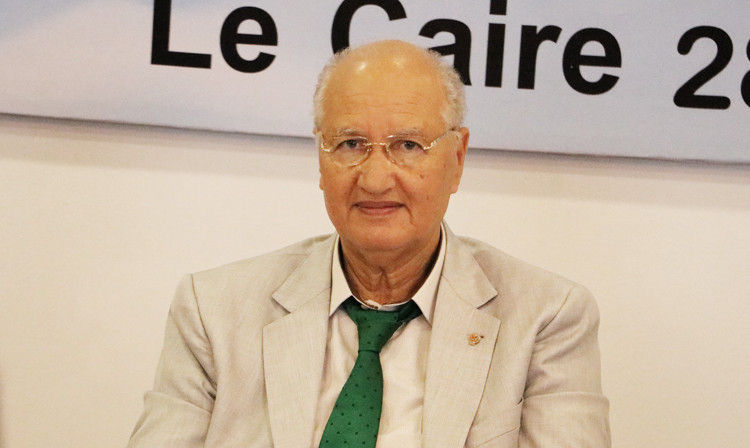 Dalil Scalli, the President of the African Sambo Confederation, is confident that the combat sport will feature at the 2028 Olympic Games in Los Angeles after gaining full recognition from the International Olympic Committee (IOC).

"I am 80 per cent sure that sambo will be included in the Olympic program in 2028 in Los Angeles," said Scalli, who is also a vice-president of the International Sambo Federation (FIAS).

"If the outcome is favourable, this may even happen as early as 2024 in Paris, but only as a demonstration sport.

"Unfortunately, the Parisian program has already been drawn up, so our chances are not great.

"If the Summer Olympic Games were held in Russia or in one of the former republics of the Soviet Union, I am sure that sambo would be included in the Olympic program, since the development of this sport in these countries is at a high level."

Sambo was recognised by the IOC after becoming a member of the Global Association of International Sports Federations in 2018.

Scalli noted how important this recognition is if the FIAS want to achieve its Olympic aspirations.

"We went [for] this for a very long time, we have come a really long way," continued Scalli.

"In many ways, this success became possible thanks to the work of the FIAS President Vasily Shestakov, who headed the organization in 2009.

"Through the joint efforts of continental and national federations, as well as the FIAS apparatus, in 2018 we were able to obtain temporary recognition, and now it is permanent.

"Three years of intensive work, and finally the dream has come true.

"The permanent recognition of the IOC will give our sport many advantages: from now on, the National Ministries of Sports will begin to perceive sambo as an Olympic sport, they will start investing in its development, because this affects the country's image.

"I am sure that in the very near future we will make another big step forward."