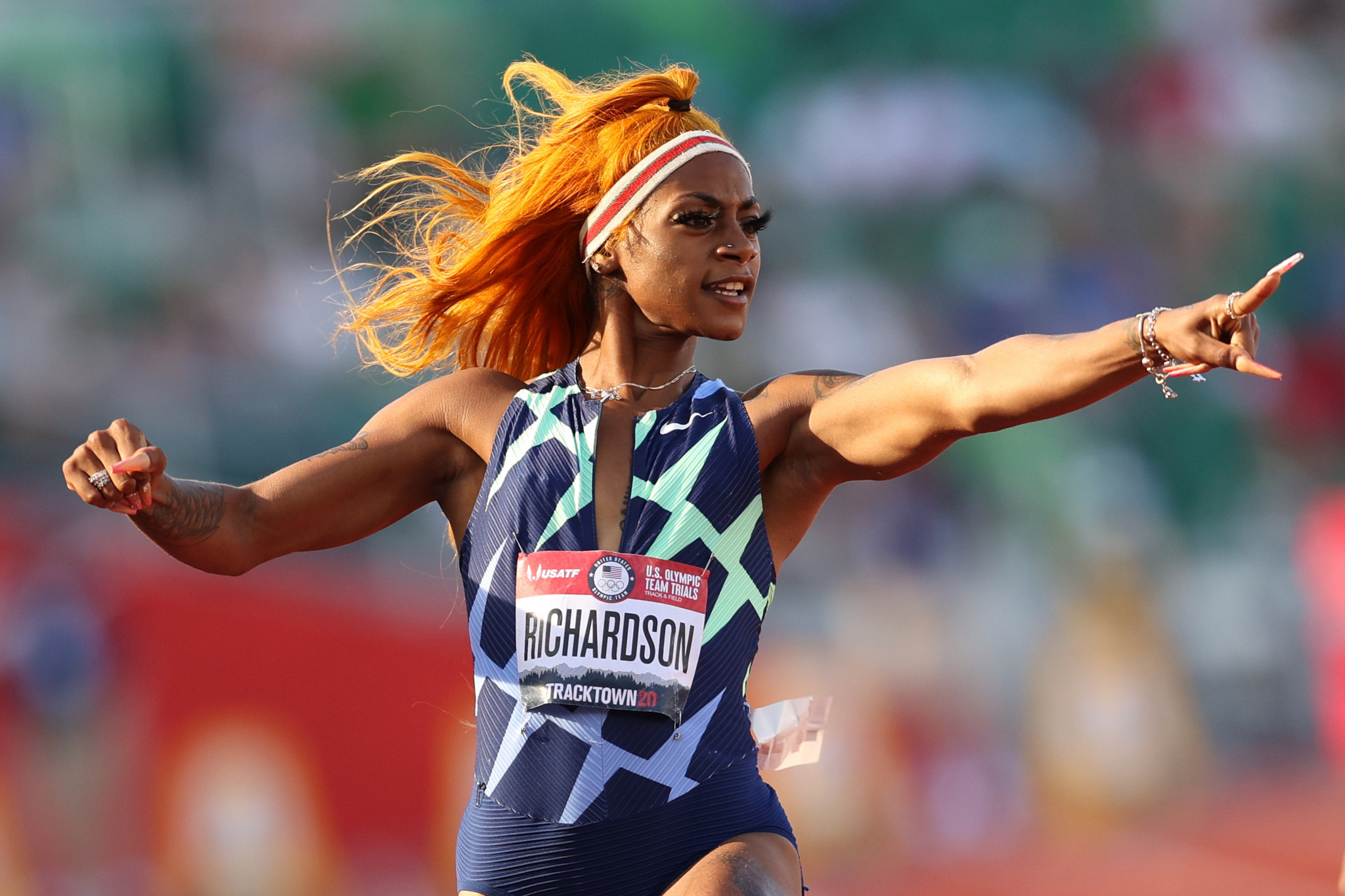 American sprinter Sha'Carri Richardson is set to return to competition for the first time at the Eugene Diamond League, after her one-month cannabis ban, in a stacked women's 100 metres field that features the top four athletes from the Tokyo 2020 Olympics.

Richardson was given a retrospective suspension in June for testing positive for the banned substance, which has led to discussion over whether the recreational drug should be prohibited.

Her ban nullified her results at the United States Olympic Trials, meaning she would not be selected for the team in line with the US selection policy.

Jamaica's three medal winners from the race at Tokyo 2020 are also confirmed for the Prefontaine Classic at Hayward Field on Saturday (August 21).

Leading them is Olympic champion Elaine Thompson-Herah, who set a new Olympic and national record in the final, clocking a time of 10.61sec.

Three-times Olympic champion and nine-times world champion Shelly-Ann Fraser-Pryce was the silver medallist at the Games and is expected to be on the start line besides her compatriot and bronze medallist Shericka Jackson.

Marie-Josée Ta Lou of Ivory Coast, fourth in the 100m final, is also set to compete having set a new national record during the Games.

All three were on the podium in the event at Tokyo 2020.

Uganda’s Joshua Cheptegei, Canada’s Moh Ahmed and the United States' Paul Chelimo - who were the top three in the men's 5,000m at the Olympics - are to compete again in the rarely-run two miles.

Teenage sensations Athing Mu of the US and Britain's Keely Hodgkinson were the top two in the women's 800m at the Games and go again over the distance along with Olympic bronze medallist Raevyn Rodgers and Jemma Reekie of Britain, who was fourth in Tokyo.

Ugandan Halimah Nakaayi, the reigning world champion, is also confirmed for the race.

On August 26, the top six finishers in the women's Olympic 100m final - Thompson-Herah, Fraser-Pryce, Jackson and Ta Lou, and Swiss pair Ajla Del Ponte and Mujinga Kambundji - are to race again over the distance in Lausanne.