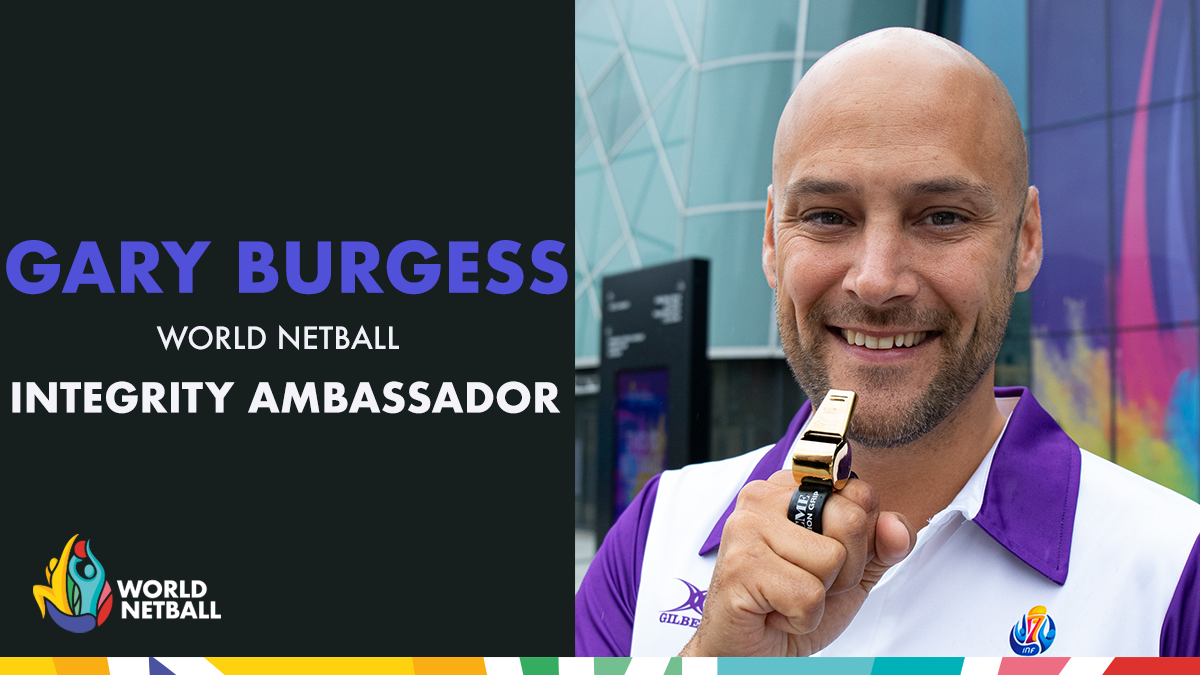 International governing body World Netball has named one of its leading umpires, Gary Burgess, as its official integrity ambassador.

Burgess became the first umpire in the United Kingdom to oversee 100 international matches at the 2019 Netball World Cup in Liverpool across a career that now exceeds 20 years.

He said his new ambassadorial role is one that matches his values.

"I am truly honoured to be the World Netball integrity ambassador," Burgess commented.

"Through my involvement in World Netball as an international umpire, myself and my fellow umpires are required to uphold the spirit of fair play and provide the athletes with an equal platform to showcase their skill and athleticism.

"This can only be achieved with integrity through a consistent and unbiased approach to the work we do, where we use the rules to enhance play and excite spectators, which contributes to the world-class spectacle our sport has become."

"The integrity of any sport is built on providing a fair and level playing field for athletes to compete on, and this is a value that Gary has embodied throughout his illustrious officiating career," Nicholl said.

"His commitment and dedication to umpiring at the highest level while also inspiring and supporting others in the field, make him not only the ideal choice to represent World Netball’s integrity value, but also an incredible role model for officials at all levels across the globe."

Burgess’ new role follows the appointments of Sara Donovan as courage ambassador, Marva Bernard OD as teamwork ambassador and Shamera Sterling as the athlete ambassador for the Americas.

This team of ambassadors is designed to reflect each of the organisation’s values.

The global governing body was rebranded from the International Netball Federation (INF) in June, when it announced its seven essential values.