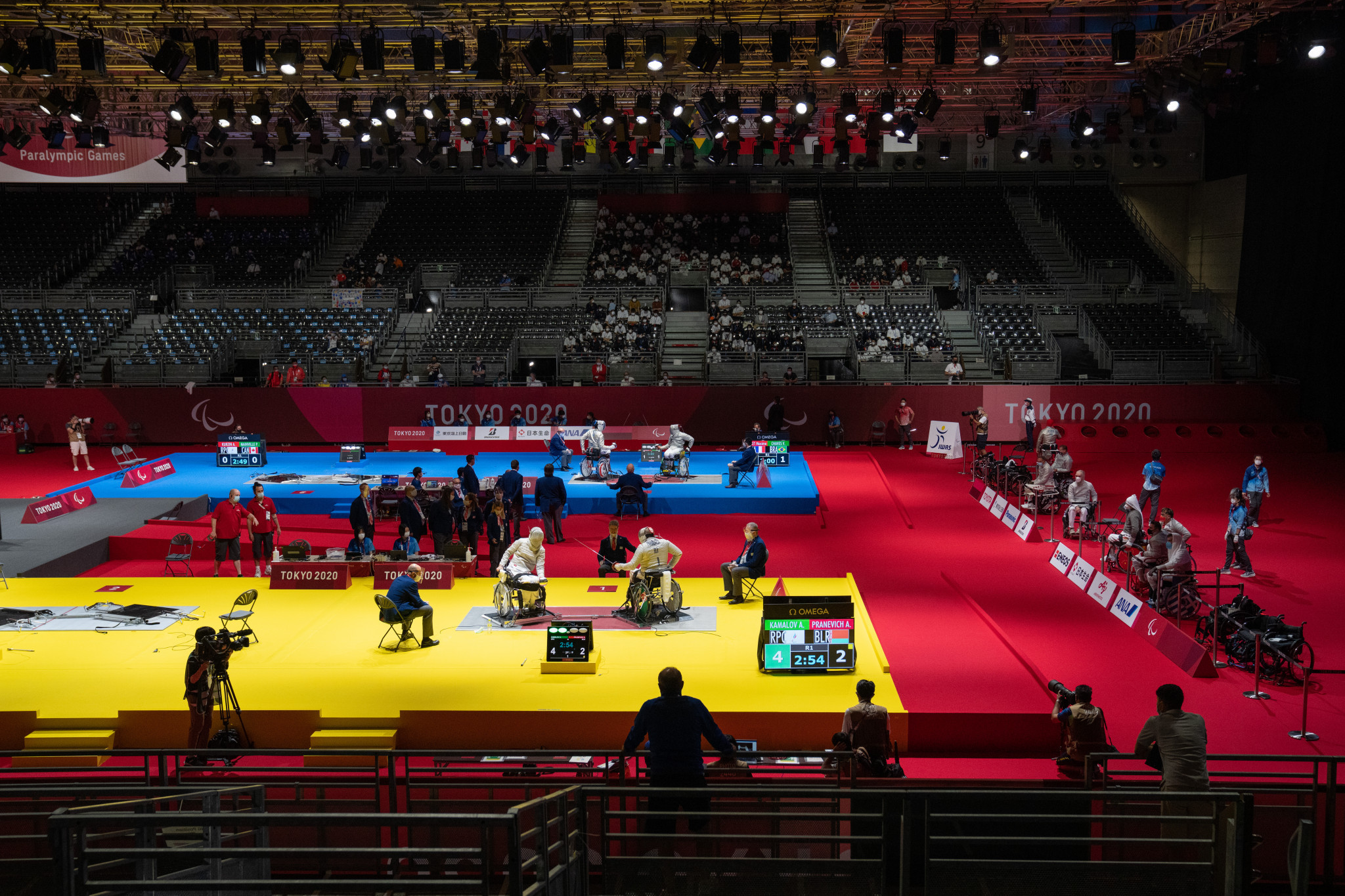 China celebrated four gold medals on the opening day of wheelchair fencing at the Tokyo 2020 Paralympic Games, as their sabre stars proved dominant at the Makuhari Messe.

World champions Bian Jing and Tan Shumei were among the favourites for gold in the women’s sabre category A and B events.

The events were debuting at Tokyo 2020, with two women's competitions added after the Rio 2016 Paralympics to ensure full gender parity.

Bian triumphed in all four of her pool matches before winning a quarter-final contest 15-9 against Poland’s Marta Fidrych.

An impressive 15-11 win over Hungary’s Eva Hajmasi saw the 33-year-old set up a final against Georgia’s Nino Tibilashvili.

Bian, a silver medallist in the épée event at Rio 2016, stormed into a 7-1 advantage in the final on route to a 15-7 win and Paralympic gold.

The Chinese wheelchair fencer beat world number one Irma Khetsuriani of Georgia 15-8 in the semi-finals.

Tan produced another strong display to claim a 15-7 victory over Ukraine’s Olena Fedota, the world number two, in the gold-medal bout.

Li Hao secured the men’s category A sabre title, with the 2019 World Championship runner-up defying his status as the eighth seed.

Li underlined his status as a contender by winning his first pool match against Ukraine’s Andrii Demchuk, the reigning Paralympic champion.

His form continued throughout the competition, with the fencer beating the Russian Paralympic Committee's (RPC) Maxim Shaburov and fellow Chinese athlete Tian Jianquan in the quarter- and semi-finals respectively.

Artem Manko provided the opposition in the final after he ended Demchuk’s reign as Paralympic champion by winning an all-Ukrainian last-four tie 15-11.

He was unable to repeat the feat in the final, as Li battled to a narrow 15-12 victory for gold.

Tian overcame Demchuk in a thrilling bronze-medal match, which ended 15-14 in his favour.

China’s Feng Yanke emerged as the winner of the men’s category B competition.

He impressively won his semi-final 15-7 against France’s Maxime Valet, who had earlier eliminated world champion Alexander Kurzin of the RPC.

Feng then clinched a 15-11 win over third seed Adrian Castro of Poland in the final to win gold.

Valet was unable to bounce back from his semi-final loss to earn a podium spot, as Greece’s Panagiotis Triantafyllou won 15-6 in their bronze medal match.