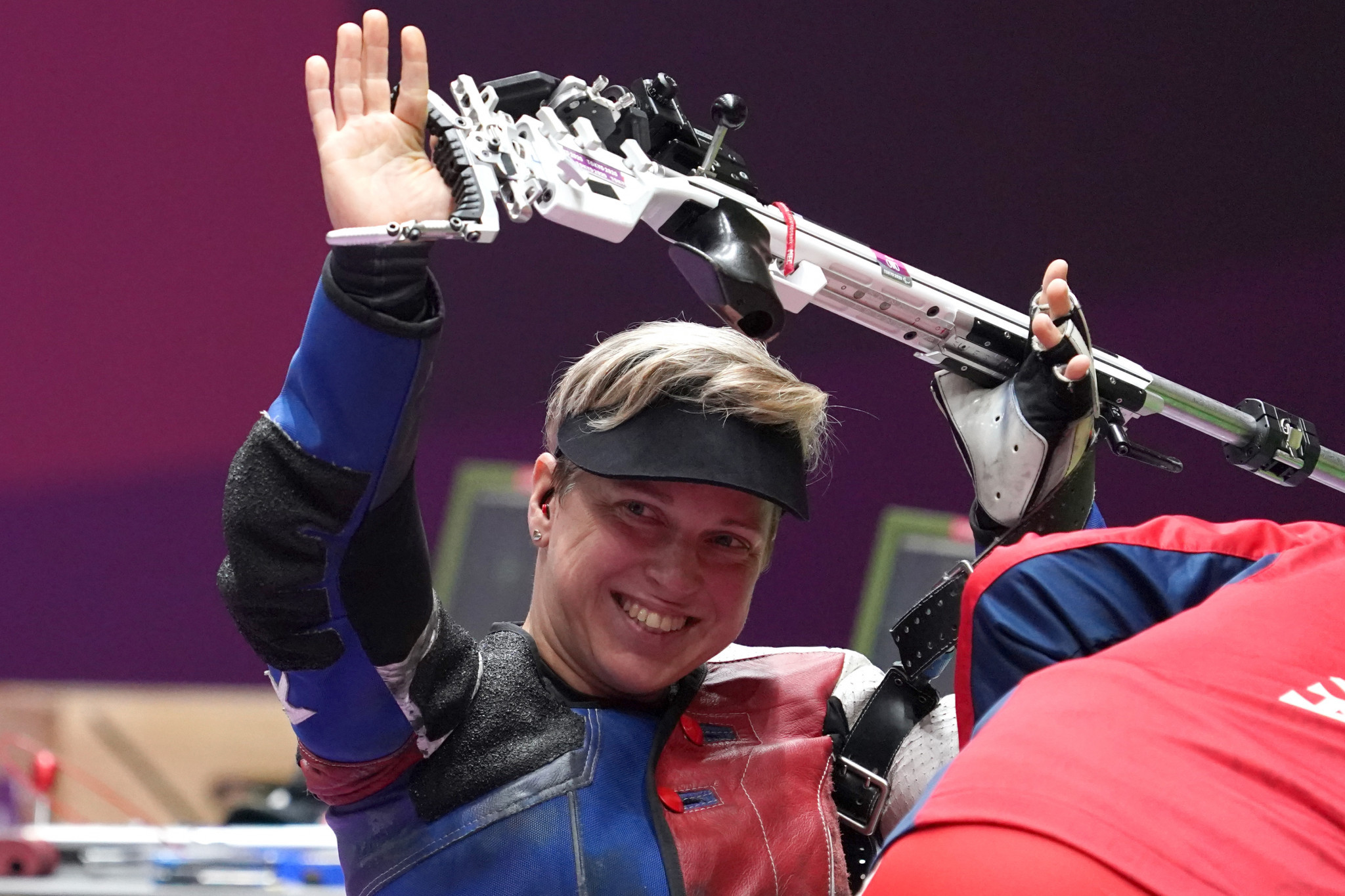 The quartet were among eight shooters to advance to the final, where Vadovičová proved the most consistent and eased into the final two, remaining comfortably clear of elimination.

She held a 0.5 point advantage over Sweden’s Anna Normann heading into the final round of the event.

Vadovičová held her nerve by scoring 10.7 and 10.4 with her two shots, with Normann unable to overtake after finishing with efforts of 10.7 and 10.5.

A final score of 248.9 saw Vadovicova earn her fourth Paralympic gold, adding to her two Rio 2016 triumphs and her maiden title at Beijing 2008.

"I didn't expect to even be in the final, let alone win a gold medal," Vadovicova said.

“After three disciplines we were disappointed with no chance of a medal.

“It also helped, maybe, because there was no pressure today."

Normann received the silver medal on a score of 248.5, with the 37-year-old taking a place on the Paralympic podium for the first time.

Reinaldo secured the bronze medal when she was eliminated from the competition in third place, ending with a score of 226.3.

China finished top of the shooting medals table at the Tokyo 2020 Paralympics, with the nation’s team earning four gold and two silver medals.

Germany, Iran, Sweden and the United Arab Emirates each celebrated one shooting gold medal at the Games.