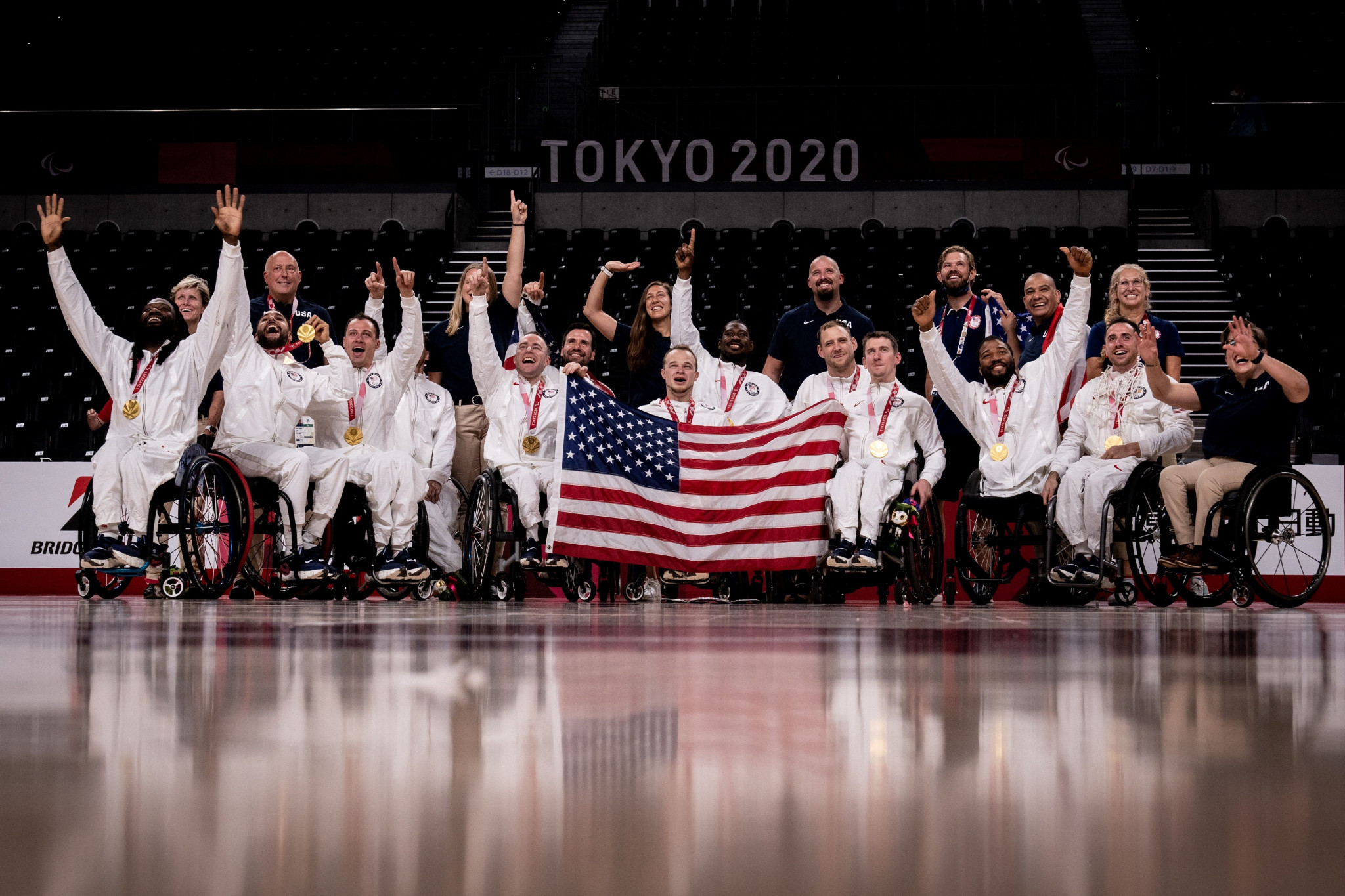 The United States recovered from a five-point deficit in the fourth quarter to defeat Japan 64-60 to retain the men’s wheelchair basketball crown at the Tokyo 2020 Paralympics here.

Japan led 56-51 with five-and-a-half minutes remaining but were unable to hang on as the US launched a comeback.

The US rattled in the next eight points to take control of the game as the hosts were made to pay for missed shots late on.

Captain Steve Serio top scored for the US with 28 points and nine assists, including several clutch shots during the fourth-quarter comeback.

Hiroaki Kozai led the scoring for Japan with 18 points, while Renshi Chokai notched eight points and added a game-high 18 rebounds.

"Japan was the Cinderella story of this tournament, but you couldn’t ask for a more storybook ending for us," said Serio.

"We didn’t get the start we wanted, but we definitely got the finish we wanted."

Japan defeated Australia and Great Britain en route to the final and almost pulled off a sensational victory over the reigning champions.

In the end, the hosts had to settle for silver, their first Paralympic medal in men’s wheelchair basketball.

"We've put so much work in these past five years since Rio to do better and our goal was to win a medal," said Chokai.

"So we're very happy with the silver medal now.

"Throughout all the Games we've proved to the world that Japan wheelchair basket team is strong now and we're very satisfied with this result."

Britain clinched the bronze medal after they overcame a half-time deficit to beat Spain 68-58.

Spain led by two at the end of the second quarter, but Britain outscored their opponents by 12 in the next to take a 10-point lead that they never relinuished.

"This team deserves a gold.

"This group absolutely deserves a gold.

"There are some guys that aren’t here that are at home.

"When they come back into the team, we are absolutely adamant we want a gold before it’s all said and done, and Paris 2024 is what we’re going for.

"In three years, any other variables we don’t have, we’re going to go back and correct those so we have an even better chance of making the final."