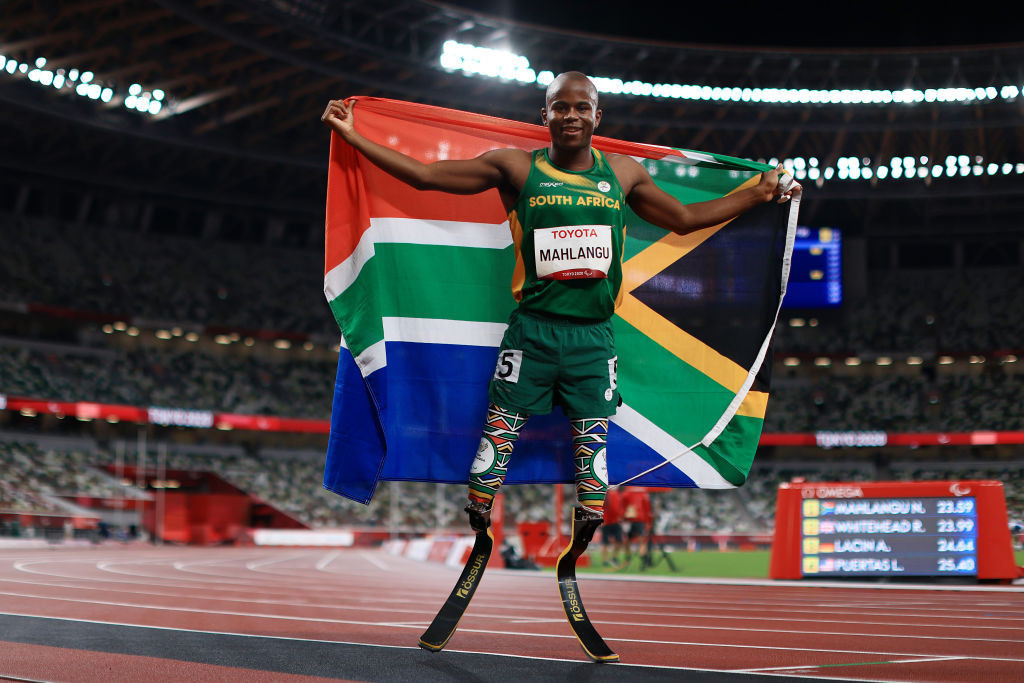 South African medallists at the Tokyo 2020 Paralympic Games are set to be rewarded with cash prizes by Japanese car manufacturer Toyota.

Ntando Mahlangu was the star of the South African team at the Tokyo 2020 Paralympics as he claimed gold in the men's 200 metres T61 and long jump T63 events.

South Africa's other medal at the Games was won by Sheryl James, who finished third in the women's 400m T37 event.

"I have to thank Toyota; they believed in the dream even before I went to the Paralympics," said Mahlangu, who is a Toyota brand ambassador.

"I’ve been their ambassador for three years, and I am grateful to them for believing in me.

"This [medal] is my way of rewarding them for the love and support they gave me before I was even a two-time gold medallist."