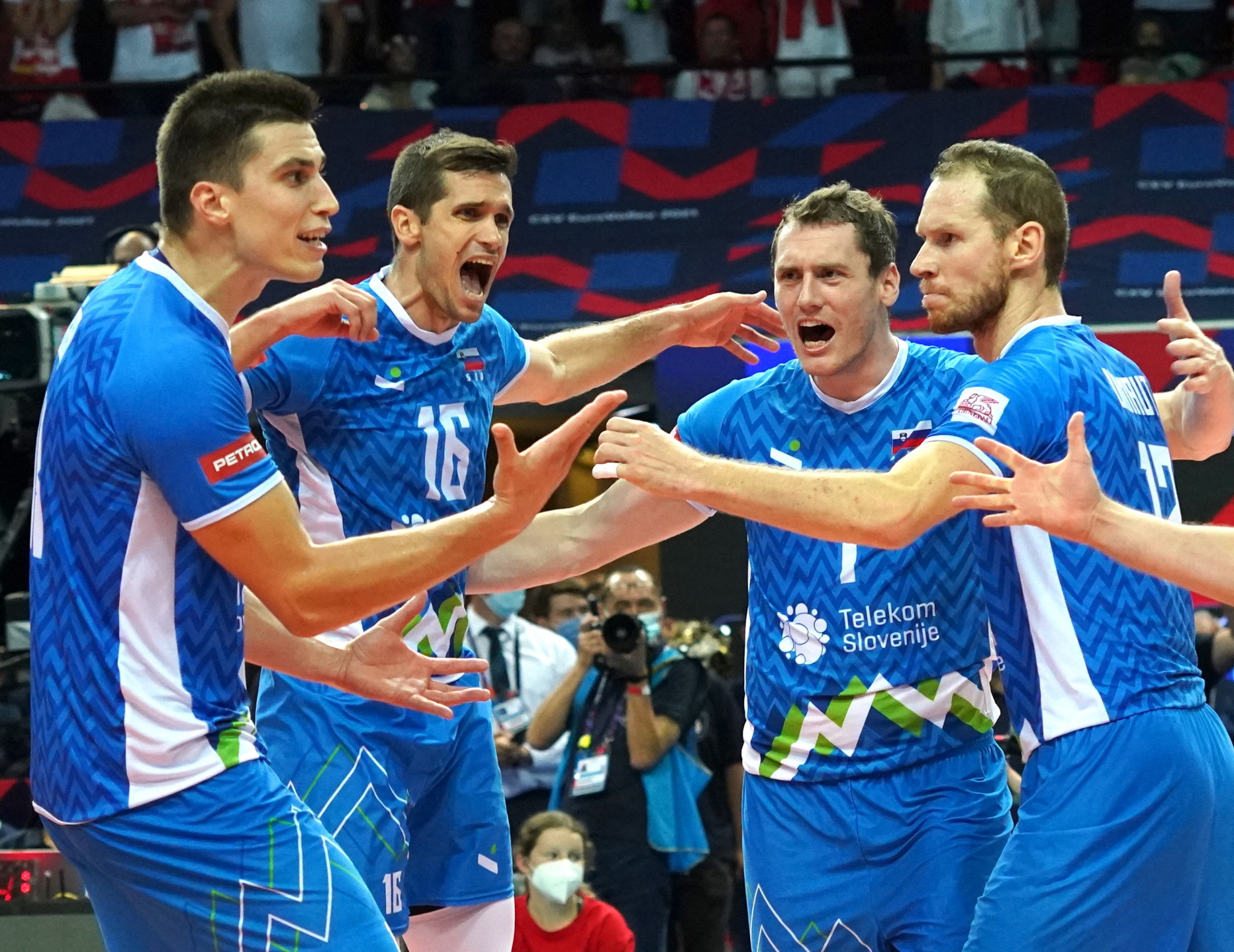 After Slovenia dumped hosts Poland out of the men's European Volleyball Confederation EuroVolley 2021 in a titanic two-and-a-half-hour clash to secure their place in the final, Italy defeated defending champions Serbia to set up a fascinating final.

In the opening game of the day's action, Slovenia squeezed past Poland in four sets.

Lasting 57 minutes, the fourth set was especially dramatic as the two teams traded point after point, seeking the two-point advantage required to win the set.

Slovenia twice celebrated victory twice in the fourth set, only for video review to overturn both points, before eventually securing their place in the final with a 17-25, 32-30, 25-16, 37-35 victory.

Slovenia have now made their third continental final, after achieving the feat in 2015 and 2019, while they dumped Poland out of the EuroVolley for the fourth-straight time.

Slovenian opposite Tonček Štern and Polish outside hitter Wilfredo León were the top scorers in the match with 20 points each.

The last time Italy won the European championship was in 2005. https://t.co/gC1cX4aD6j pic.twitter.com/PrsPXtgSB7

"The games against Poland are always big battles and you don't play such matches every day," said Štern.

"It was a hard match, but we played as a team, one for all and all for one.

"We are happy that we won over Poland in front of their 12 or 13 thousand fans.

"Now we have to recover and prepare for the next match."

The Italians, who are six-time winners and are now in their 11th EuroVolley final, eeked out the first two sets, including a crucial first set in which their efficient spiking was telling.

They then moved 5-0 clear in the fourth set to wrap up the victory, the only blot on an impressive performance being a slump in the third.

Italy were led by Alessandro Michieletto, who scored match-high 23 points, while Uroš Kovačević - the 2019 Most Valuable Player - led Serbia with 16 points.

Slovenia and Italy will contest gold tomorrow, while Serbia and Poland will play for bronze.