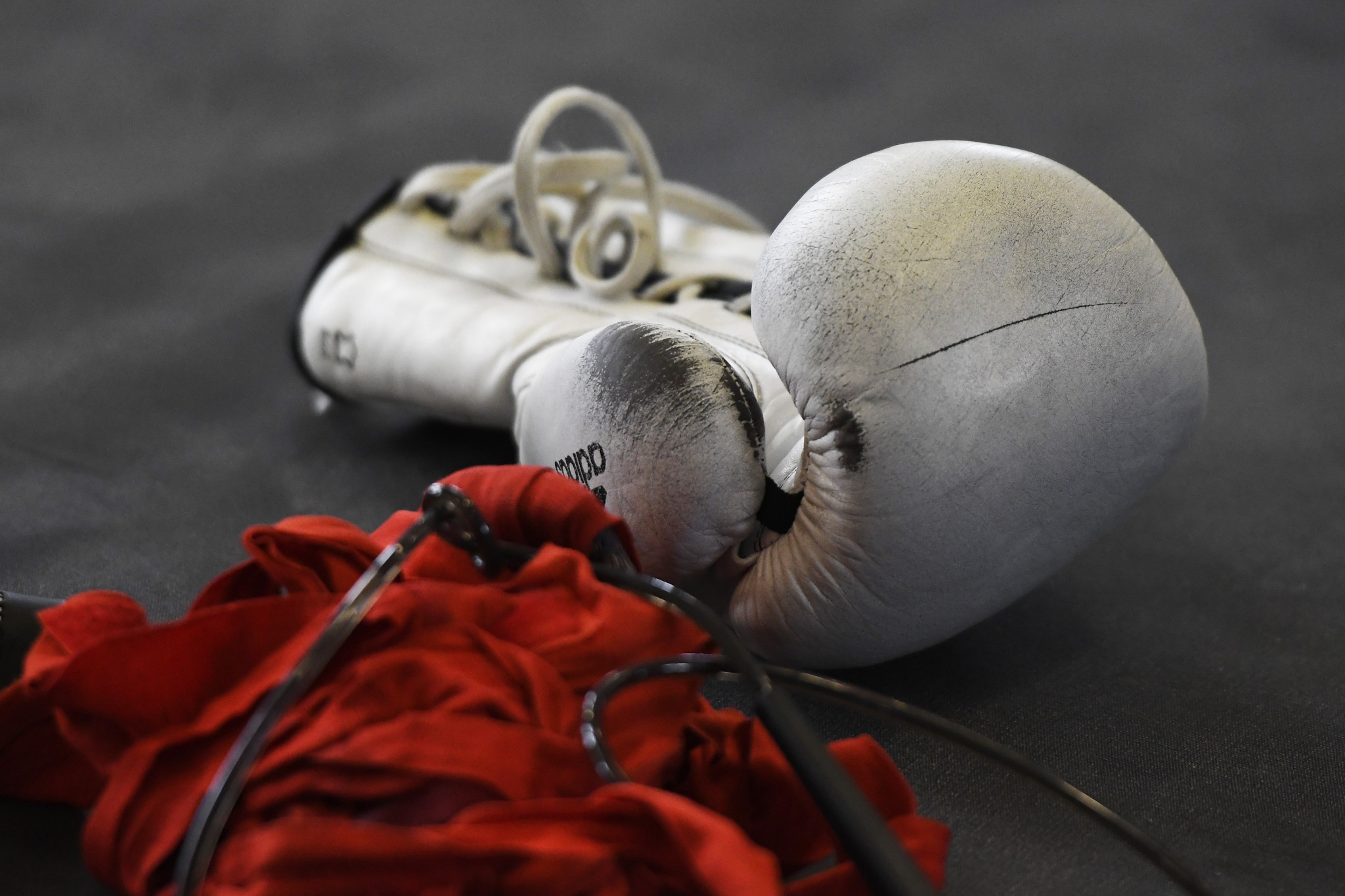 An Italian boxer has been suspended by his country after appearing in the ring with Nazi tattoos.

The Italian Boxing Federation (FPI) has barred Michele Broili until November 19 amid a preliminary investigation.

His tattoos, including a flag with the "SS" inscription, caused outrage as he boxed Hassan Nourdine in Trieste on Saturday (September 18).

Other tattoos included the number 88, used by white supremacists as code for "Heil Hitler", and the totenkopft symbol of a unit that used to run concentration camps.

Broili made a fascist salute to staff before the fight, according to reports, with people in the crowd also saluting.

The 28-year-old lost the Italian super featherweight title fight on points to Nourdine, a migrant is of Moroccan descent.

Gazzetta dello Sport, Italy's largest sports newspaper, showed the fight on its website, which meant the action - and the tattoos - were seen by a large audience.

"When I got into the ring and saw those tattoos, I was shocked," Nourdine said to La Stampa.

"I found those tattoos obscene.

"There is no justification.

"The Italian Boxing Federation should have realised from the beginning that this boxer had those sympathies.

"Inciting hatred is punishable by law.

"I cannot deny that beating someone with those tattoos is a victory worth double."

The FPI said the case was being handled by its federation court, with a first hearing due on Monday (September 27).

"The court considers that the public showing of tattoos with unequivocal Nazi symbols and evocations during an official sports competition represents serious and unjustified behaviour for a licensee," the governing body said.