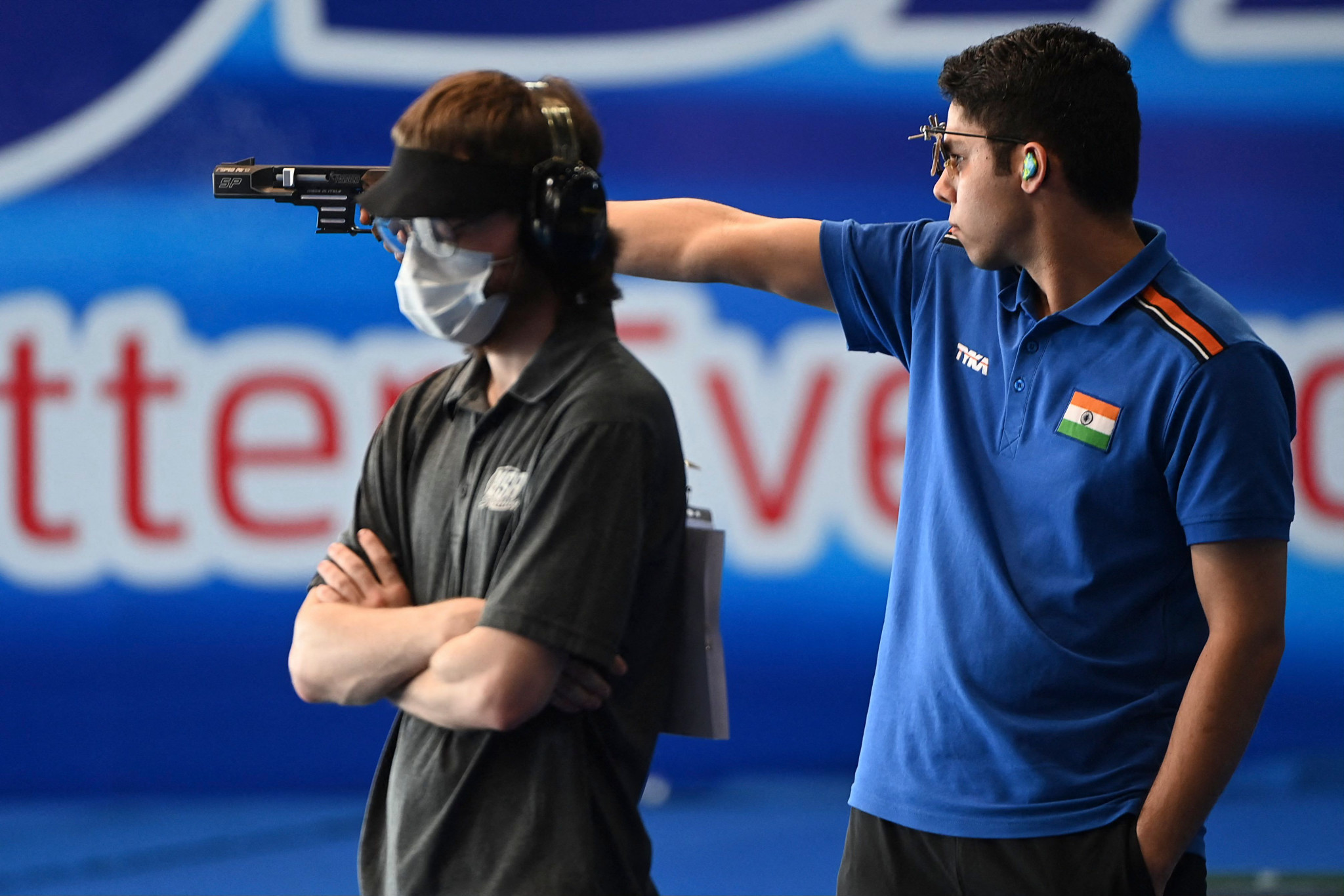 India earned a tournamnet-best haul of 40 medals, including 16 golds, at the rifle, pistol and shotgun International Shooting Sport Federation (ISSF) Junior World Championships in Lima, adding a further four successes on the final day of competition.

In both 25-metre standard pistol events in Peru's capital, India secured all three places on the podium.

A medal sweep was also secured in the 50m pistol events on the final day.

Arjun Singh Cheema finished with a total of 549-11x in the men's competition to secure gold, beating compatriots Shaurya Sarin and Ajinkya Chavan who finished second and third respectively after both scoring 549-5x.

Shikha Narwal clinched victory in the women's event with 530-5x, while Esha Singh picked up silver with her effort of 529-5x and Navdeep Kaur Navdeep Kaur bronze with 526-6x.

Second on the medals table were the United States, whose seventh and final gold came on Thursday (October 7) as Molly McGhin, Katie Zaun and Mary Tucker overcame India's Nischal Nischal, Prasiddhi Mahant and Ayushi Podder 47-43 in the final of the women's team 50m rifle three positions.

Italy's third gold came courtesy of Samuele Faustinelli, Lorenzo Franquillo and Fabio Fiandri in the men's team trap, the same day on which Germany claimed the second of its three titles through Max Braun and Larissa Weindorf in the mixed team 50m rifle prone.

Oriane Froment shot 41 of the 50 targets in the women's trap to pip the US' Ryann Phillips, who scored 40, to the title, while Julia Canestrelli won the women's 50m rifle three positions with a total of 455.7.

Spain's Juan Antonio Garcia and Mar Molné Magriñà shot 41 of the 50 targets in the mixed team trap final to take gold at the expense of Italy's Sofia Littame and Samuele Faustinelli's 35.

That was the second Spanish success of the World Championships, following Andres Garcia's 41 in the men's trap on Tuesday.

Belarus was the only other nation to claim a gold, which was won by Abdul-Aziz Kurdzi in the men's 10m air pistol on the first day of competition on September 30.