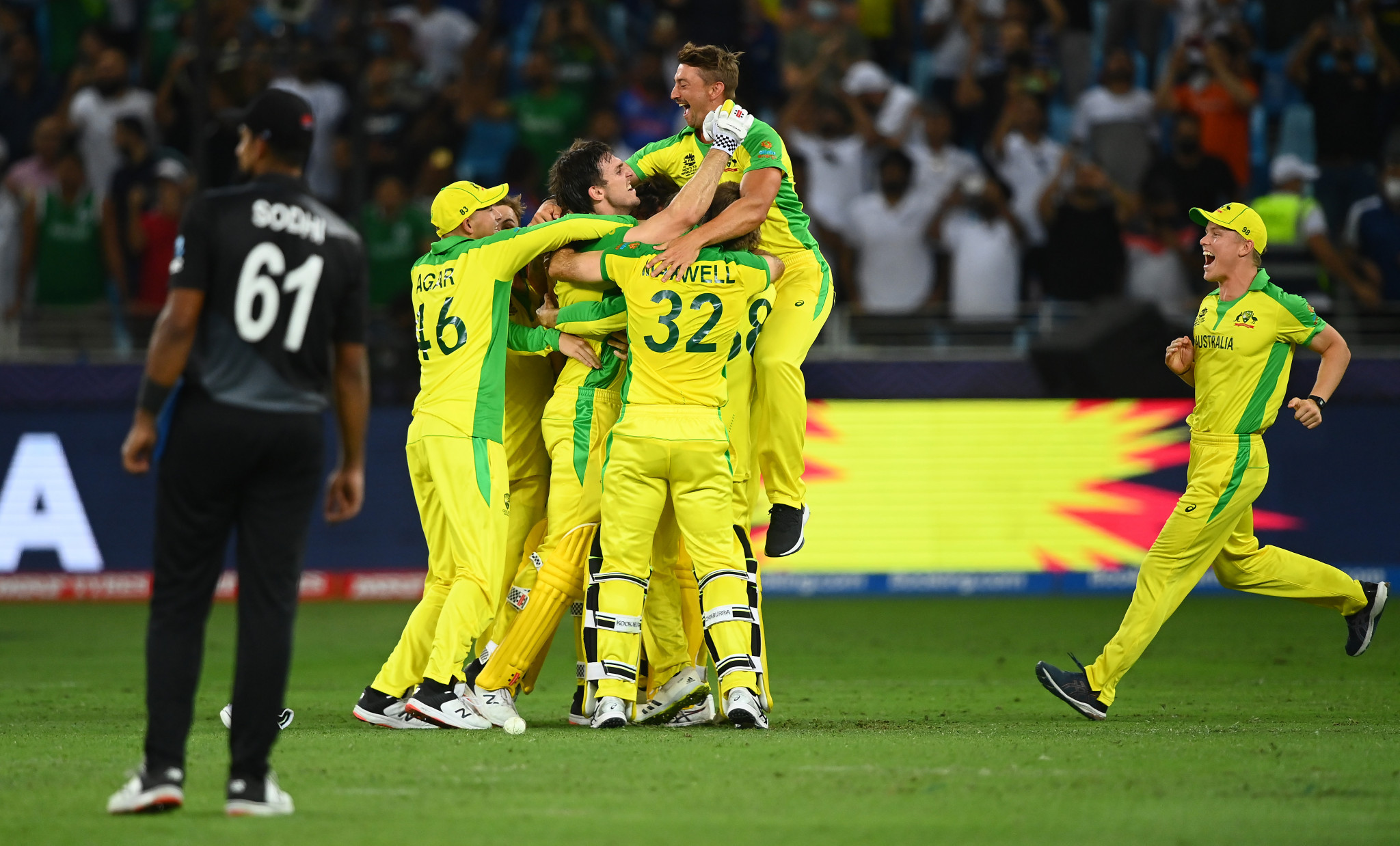 Winning by eight wickets, the victors were aided by the work of Mitchell Marsh, who contributed 77 not out, which featured six fours and four sixes.

He picked up the mantle from David Warner who sent out an early warning shot with four fours and three sixes as he scored 53 runs, to give Australia a strong start as they chased 173 runs to win.

Warner was bowled out and along with captain Aaron Finch, were the two wickets to fall, both the victims of Kiwi bowler Trent Boult.

Australia chased down their target with seven balls to spare, replying to New Zealand's total of 172 for four.

Josh Hazlewood was the star bowler, dismissing three of the four batsmen, including captain Kane Williamson who hit the highest number of runs in the match with 85, featuring 10 fours and three sixes.

New Zealand's momentum was cut when Williamson was bowled out, following on from Daryl Mitchell who was out at the hands of Hazlewood for 11.

It was all green and gold flooding onto the pitch from the dugout at the end of the ICC men's #T20WorldCupFinal as Australia celebrated their maiden t20 title 🇦🇺@RoyalStaglil | #InItToWinIt | #T20WorldCup pic.twitter.com/fHIV6VYoPG

Glen Phillips' potential to hit fours and sixes was halted when he was caught for 18.

Adam Zampa managed to get the other wicket for Australia by bowling out Martin Guptill for 28 early in the match.

Australia's only other final appearance came against England in 2010, in a losing effort.

Initially, the World Cup was scheduled to take place in Australia in October and November 2020, but it was moved and postponed to the United Arab Emirates and Oman this year.

Australia is set to host the World Cup next year, with the tournament becoming a biennial event again after that.