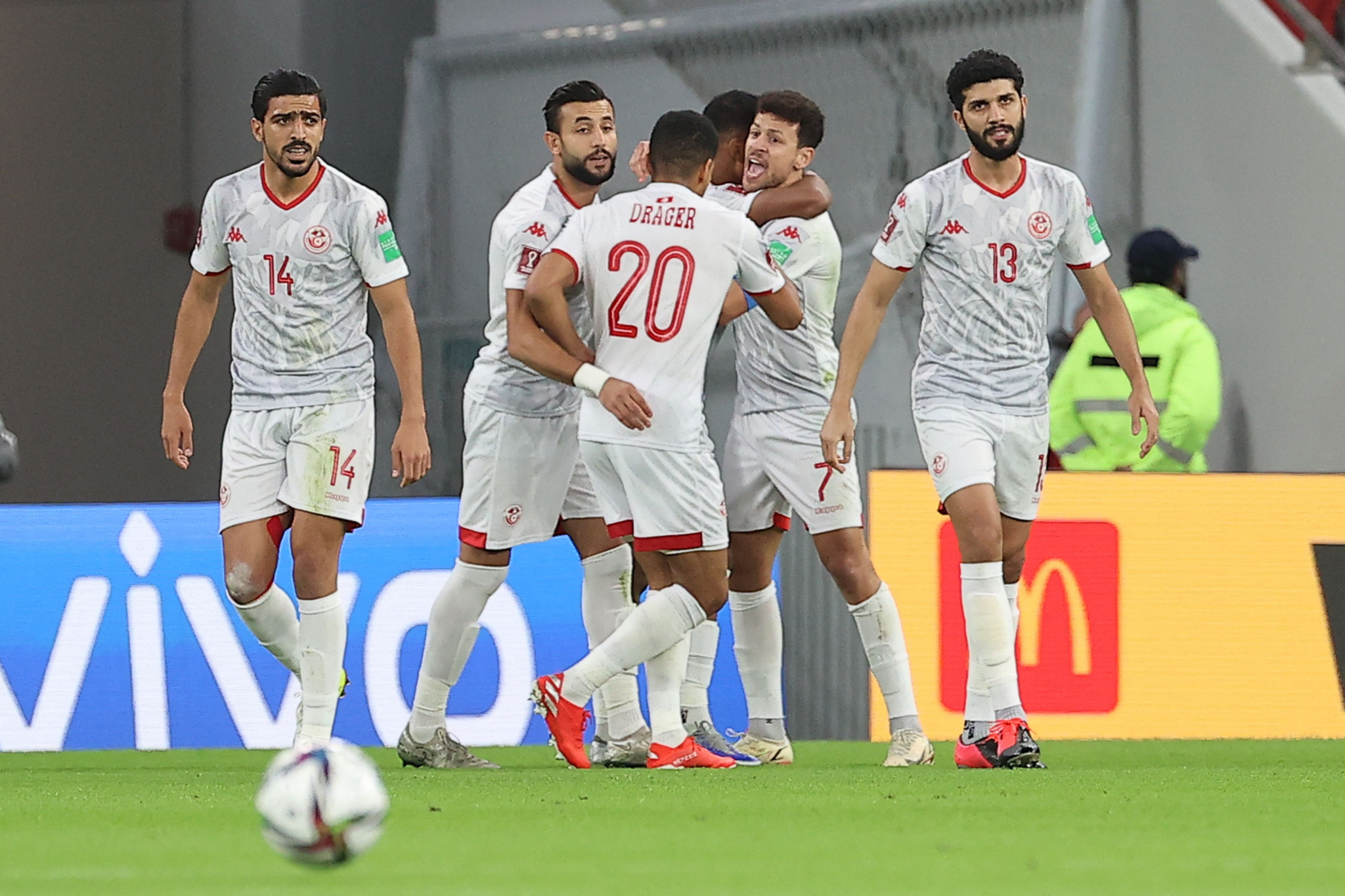 Tunisia and the United Arab Emirates sealed places in the FIFA Arab Cup knockout stage as Group B competition concluded in Qatar.

The UAE were strong favourites to advance having won their opening two group matches, while Tunisia’s hopes had been dented after a 2-0 defeat to Syria in their second tie.

Tunisia made the perfect start to their match against the UAE at the Al Thumama Stadium, with the team taking a 10th-minute lead.

Captain Youssef Msakni surged into the UAE penalty area after dribbling past several challenges, before being felled by goalkeeper Eisa Khalid.

The loose ball was seized upon by Seifeddine Jazir, with the striker tapping into an empty net.

Tunisia were unable to extend their lead despite several efforts on the UAE goal, but were able to seal a narrow 1-0 victory.

The result saw Tunisia leapfrog the UAE to top the Group B standings, with both teams advancing to the knockout stage on six points.

Syria spurned the opportunity to qualify from the group after falling to a surprise defeat to Mauritania at the Al Janoub Stadium in Al Wakrah.

Mouhamed Soueid gave Mauritania a second-half lead by heading in a corner in the 50th minute.

📊 The final Group B standings after the Eagles of Carthage leapfrogged their fellow quarter-finalists in a dramatic finale 🍿 @FTF_OFFICIELLE | @UAEFA_AE | #FIFArabCup pic.twitter.com/Ye9Nn9LnIR

Substitute Mahmoud Al-Mawas was denied a winning goal when his curling free-kick struck the Mauritania as the match entered second half injury time.

With Syria desperately seeking a winning goal to advance to the knockout stage, Mauritania took advantage on the break.

A cross found Hemeya Tanjy at the back post in the fifth minute of added time, with the forward able to convert at the second attempt after his initial effort was denied.

The effort gave Mauritania their first win of the competition.

Having finished as the runners-up in Group B, the UAE will face tournament hosts and Group A winners Qatar in the quarter-finals.

Group A concluded with Qatar winning their third consecutive match, with the hosts having already been assured of a quarter-final spot.

Almoez Ali, Akram Afif and Hassan Al-Haydos scored in the final 10 minutes to give the hosts a 3-0 win over Iraq at the Al Bayt Stadium.

Defeat saw Iraq exit the competition, with Oman securing a 3-0 win over Bahrain to earn second place in Group A.

A first-half effort from Rabia Al-Alawi was added to by goals from Arshad Al-Alawi and Khalid Al-Hajri in the second half.

Oman finished the group stage with four points after a victory and a draw, as well as a defeat to Qatar.

Oman will face Group B winners Tunisia in the quarter-finals.