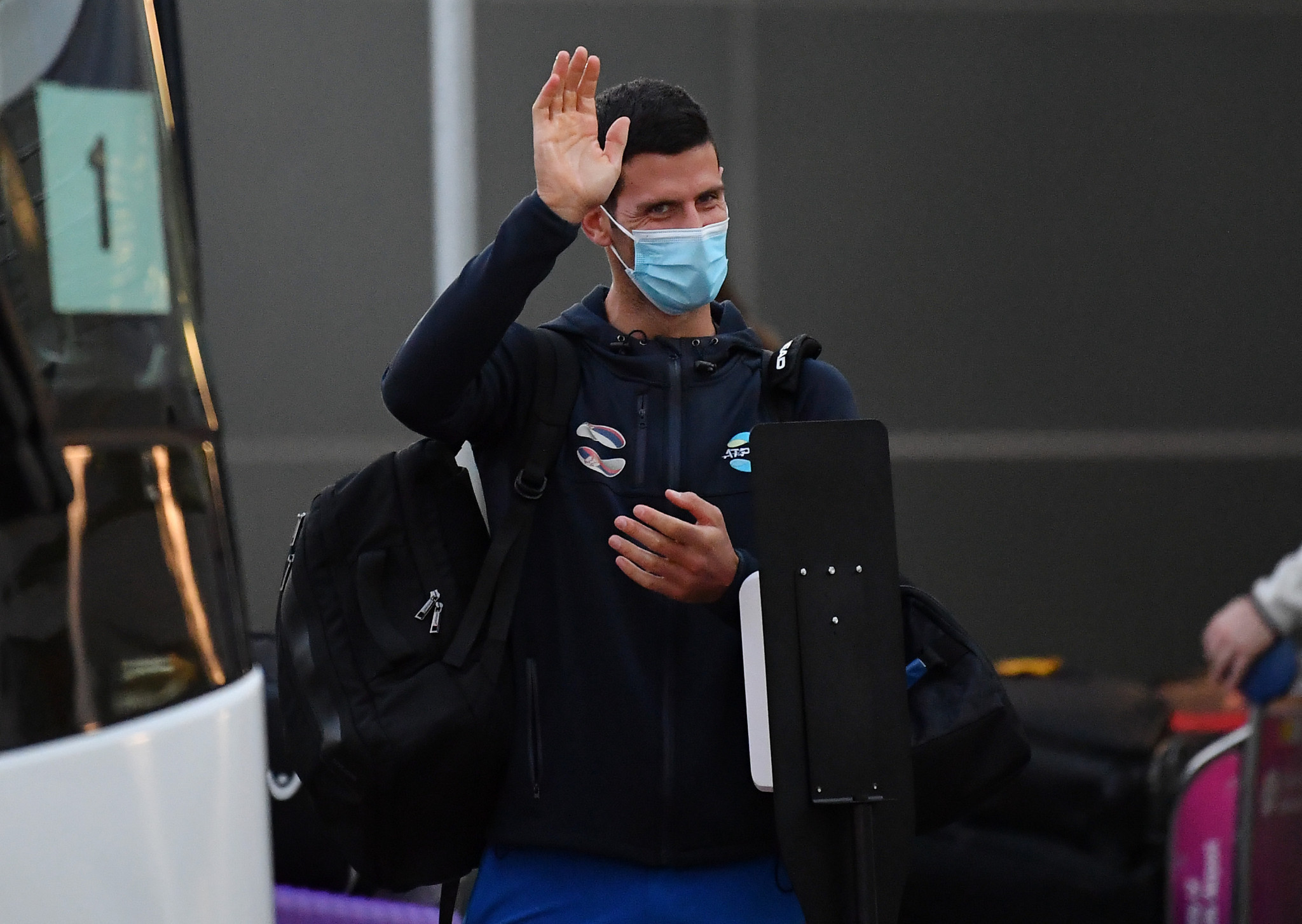 Despite claiming he had received a coronavirus vaccine exemption, the world's number one men's tennis player Novak Djokovic is set to be flown out of Australia, after having his visa application rejected.

The Serbian, who refuses to reveal his vaccination status - arrived in Melbourne on Wednesday evening, in a bid to defend the men's singles title at the Australian Open.

After being isolated in a room on his own and questioned by Border Force officials overnight, it was reported on Thursday morning that Djokovic would have to leave the country over issues with his visa, although Djokovic's lawyers are said to be in the process of challenging the decision.

Djokovic’s application for a vaccine exemption was assessed by two independent panels of experts assembled by Tennis Australia and the Victoria Government and was said to have initially met conditions set out by the Australian Technical Advisory Group on Immunisation.

But the Federal Government, which gives out visas, took a more hardline approach, with Prime Minister Scott Morrison and Home Affairs Minister Karen Andrews both warning the player had to satisfy any national exemption rules to be allowed entry.

"Any individual seeking to enter Australia must comply with our border requirements," Morrison said, speaking before Djokovic's arrival.

"Novak Djokovic when he arrives in Australia, if he's not vaccinated, he must provide acceptable proof that he cannot be vaccinated for medical reasons and to be able to access the same travel arrangements, as fully vaccinated travellers.

"So we await his presentation and what evidence he provides to support that.

"If that evidence is insufficient, then he won't be treated any different to anyone else and he'll be on the next plane home."

The Victoria Government had refused to support Djokovic's visa application, according to Minister Jaala Pulford, further complicating the issue.

Andrews had indicated in a statement released before Djokovic's arrival that border authorities could step in.

"Any individual seeking to enter Australia must comply with our strict border requirements," Andrews said in a statement.

"While the Victorian government and Tennis Australia may permit a non-vaccinated player to compete in the Australian Open, it is the Commonwealth Government that will enforce our requirements at the Australian border.

"Since 15 December 2021 fully vaccinated eligible visa holders can travel to Australia without needing to apply for a travel exemption, and enter eligible states and territories quarantine free.

"If an arriving individual is not vaccinated, they must provide acceptable proof that they cannot be vaccinated for medical reasons to be able to access the same travel arrangement as fully vaccinated travellers.

"Australian Border Force will continue to ensure that those who arrive at our border comply with our strict border requirements."

Djokovic's announcement on social media on Tuesday that he had been given "exemption permission" to play at the Australian Open had sparked criticism in Australia.

Djokovic has won the past three editions of the Australian Open and is tied for the record number of men's singles Grand Slam titles on 20, alongside Switzerland's Roger Federer and Spain's Rafael Nadal.

Craig Tiley, chief executive for Tennis Australia and director of the Australian Open, speaking before Djokovic's arrival, insisted that no special treatment had been given to the player, who is chasing a 10th men's singles title at Melbourne Park.

"Novak applied for a medical exemption which was granted by a panel of experts," said Tiley.

"Professional players do not have to reveal their personal or medical information... the grounds are the same for everyone.

"They were given the opportunity to be added to the Australian Immunisation Register which sees [some] people exempt from vaccines if approved by a panel.

"As an organisation, we [Tennis Australia] abided by the conditions and the decision was left in the hands of medical experts."

Tiley confirmed that 26 players had applied for the same exemption with only a "handful" granted permission.