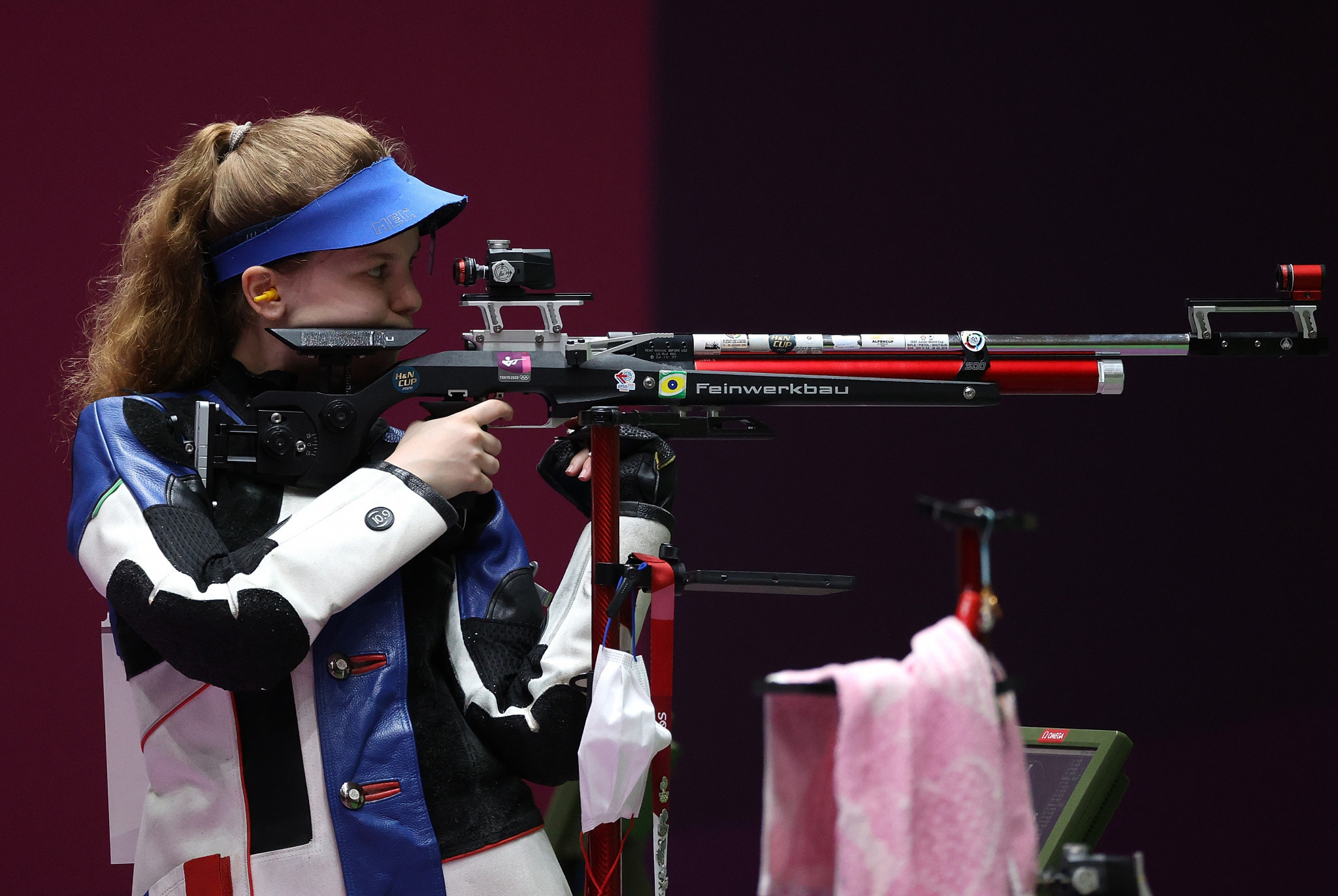 Océanne Muller and Brian Baudouin led the French to a 16-12 triumph over Eszter Denes and Zalán Pekler.

Muller, who finished fifth in the women's 10 metres air rifle event at Tokyo 2020, was in formidable form in the semi-final as she scored above 10 on each of her 14 attempts to reach a total of 147.8.

Baudouin's 144.9 pushed the pair above Hungary's second duo, Serbia and Russia to reach the decider.

Hungary II, made up of Eszter Meszaros and Istvan Peni, and Judith Gomez and Lucas Kryzs of France II were awarded with bronze medals for finishing as runners-up in their semi-finals.

In the second gold medal match of the opening day, Veronika Major bettered the results of her fellow Hungarians as she secured a 16-6 victory against Tokyo 2020 silver medallist Antoaneta Kostadinova of Bulgaria in the women's air pistol tournament.

Pre-tournament favourite Vitalina Batsarashkina of Russia missed out on the head-to-head final after missing the cut-off by a single point and was forced to settle for bronze.

The two-time Olympic champion scored 36 to Kostadinova's 37, while Major topped the charts with 39.

Russia's Artem Chernousev claimed the third gold on offer in the men's air pistol final against Ruslan Lunev of Azerbaijan.

The Olympic silver medallist was in fine form as he secured the 17-5 win.

Following a disappointing fifth-placed finish in the qualification round, Chernousev proved his worth by finishing top of each of the subsequent rounds.