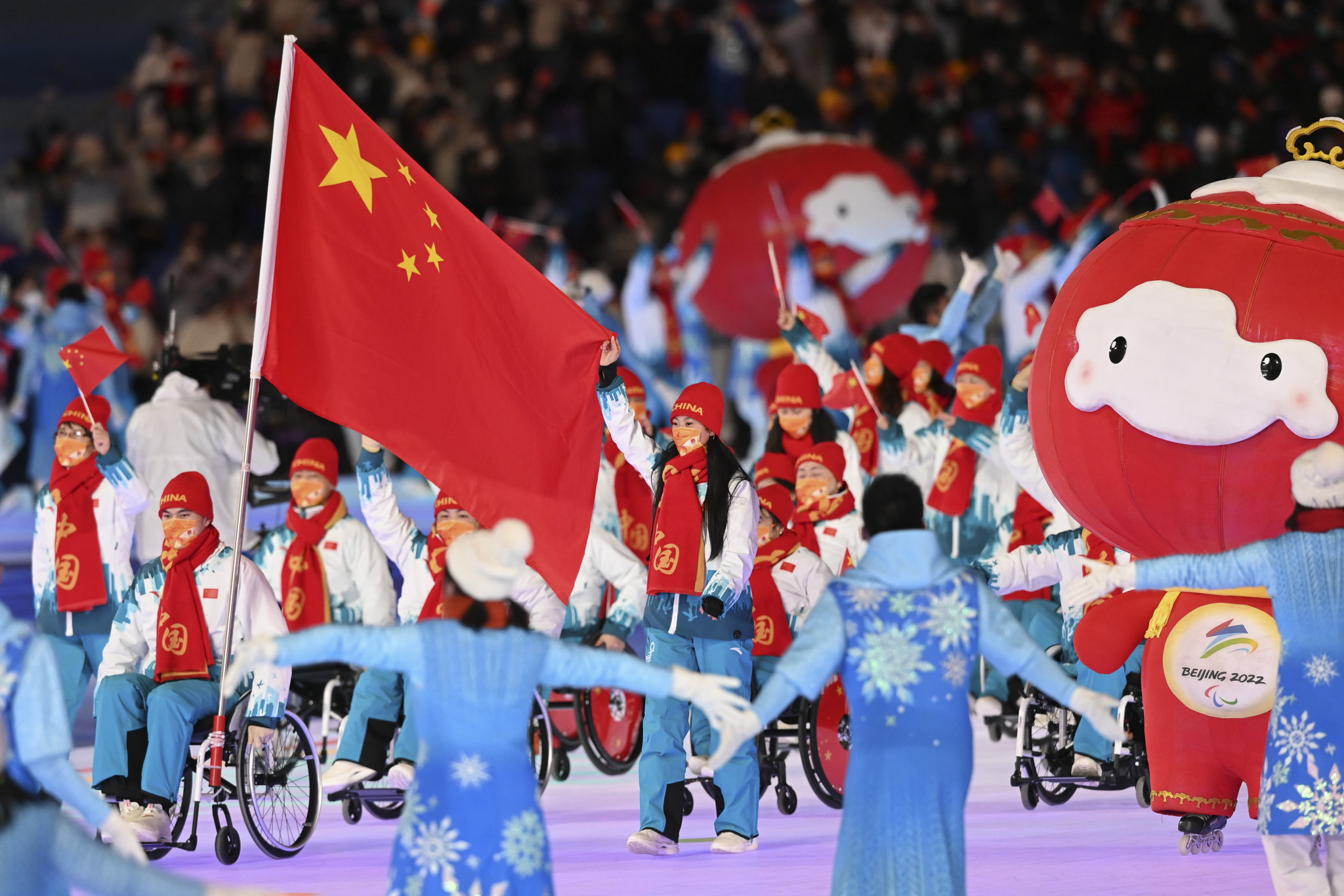 China has topped the medals table at its home Winter Paralympics, with its haul of 61 more than double that was amassed by any other nation.

The last of the host nation's 18 golds in wheelchair curling was perhaps unsurprising since China was defending its title won at Pyeongchang 2018 in the sport.

However, the number of victories, alongside 20 silver and 23 bronze medals, is remarkable given that its wheelchair curling gold four years ago was its only previous podium finish at the Winter Paralympics.

Cross-country skier Yang Hongqiong was China's most successful athlete at the Games with three golds, and has been named as the country's flagbearer for today's Closing Ceremony.

China's team of 96 won golds in all six sports except Para ice hockey, in which it clinched a first-ever medal by beating South Korea to bronze.

"China, they won the Olympic and Paralympic Games and the Chinese mentality is when they want something, they want the top," Capelli said

"They want the best and they invest a lot of money.

"That is very important.

"They invest a lot of money.

"I don't know in which other country they can do this.

"We started from zero, but we started to work like real professional athletes just to arrive here.

"There was no problem, no other thing.

"The Federation [Chinese Ski Association] and the Chinese Government, they cover everything in life.

"We live every day in a hotel.

Chinese athletes have largely been absent from international competitions since the onset of the COVID-19 pandemic, including the World Para Snow Sports Championships in January.

While that made them something of an unknown quantity going into Beijing 2022, Capelli detailed the Alpine skiing team's preparations in the build-up to the Games and how they have adapted to some of the world's strictest measures introduced under China's "zero-COVID" approach.

"[The goal was] to teach the athletes to ski without the ski," he said.

"With this pandemic, many times we didn't ski.

"We couldn't have a chance to skip on the real snow.

"I have found this system with some exercises to continue to have the same feeling that the athletes have on the slope, but without the ski.

"We stayed in the town, stayed close to the hotel because we were in quarantine so we could have a chance to move, to go to ski indoor or to come to the ski resort to continue to make this feeling.

China became the fifth host nation to top the medals table from 13 editions of the Winter Paralympics, with Russia at Sochi 2014 the last country which did so, a Games which was marred by a state-sponsored doping scandal.